A yearlong attempt to connect Pittsburgh via paint and pedals comes together online. 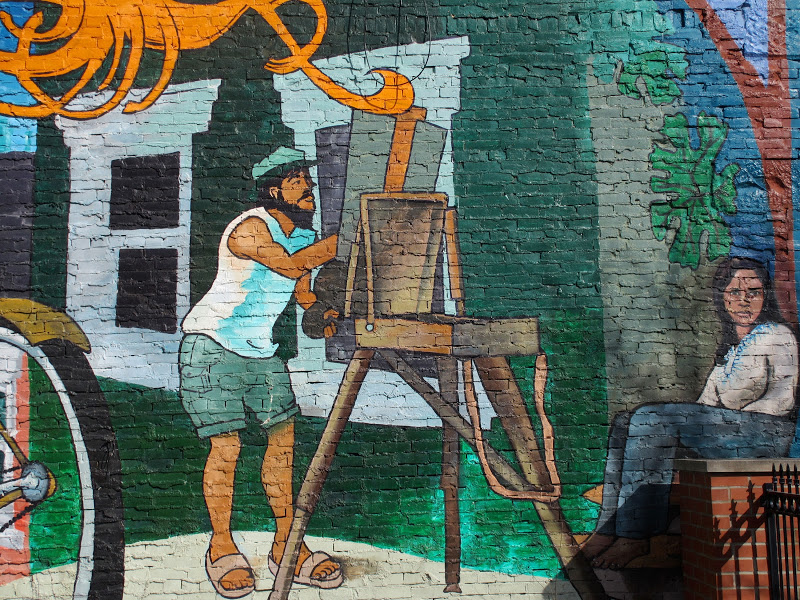 Vannevar Bush considers himself a flâneur — an urban explorer who travels the city, with an appreciation for works of art. But unlike the gentry of 19th-century Paris, Bush gets around Pittsburgh by bike. He and his friend Shannon Greyson pedal any neighborhood they can find; they’ll photograph public art and then catalogue their findings on a custom Google Map, now available to anyone looking to visit their discoveries (or explore for undiscovered creations).

“We decided we would go to a different mural daily,” said Bush, shortly before the map went live in mid-March. 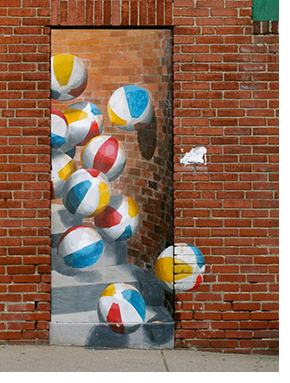 Originally, the two friends just wanted a destination, and a Sprout Fund map of 32 murals served nicely. But the idea snowballed: They decided to photograph sculptures, murals and mixed-media pieces. Bush and Greyson began researching the creations’ origins and the artists who made them, to document the stories behind each piece. Then they started to map it all. Collectively, they have pinpointed more than 350 different works, discovered throughout a year’s worth of excursions.

Bush and Greyson don’t have a particular agenda — they’d like to encourage others to explore the city. They want Pittsburghers to see the murals along the busway in East Liberty. They’d like people to know about the sculptures on Gist Street. They’d love it if people found little-seen murals in Braddock. And in the meantime, they simply enjoy the fun they’re having while seeking destinations.

“You don’t want to [visit] the same place every day,” says Bush. “You get bored.” What he has noticed is that public art is particularly popular in less-affluent neighborhoods. “They’re putting them in places that are disadvantaged, blighted. There is some beautiful artwork. And there’s some artwork you might not ever know about.”

But there’s a twist to the Bush-Greyson odyssey: Their names are aliases. They don’t allow journalists to know much about them, besides their enthusiasm for Pittsburgh and cycling (they’re proud to say they each rode more than 6,500 miles last year). Otherwise, their lives are a mystery. And they like it that way. 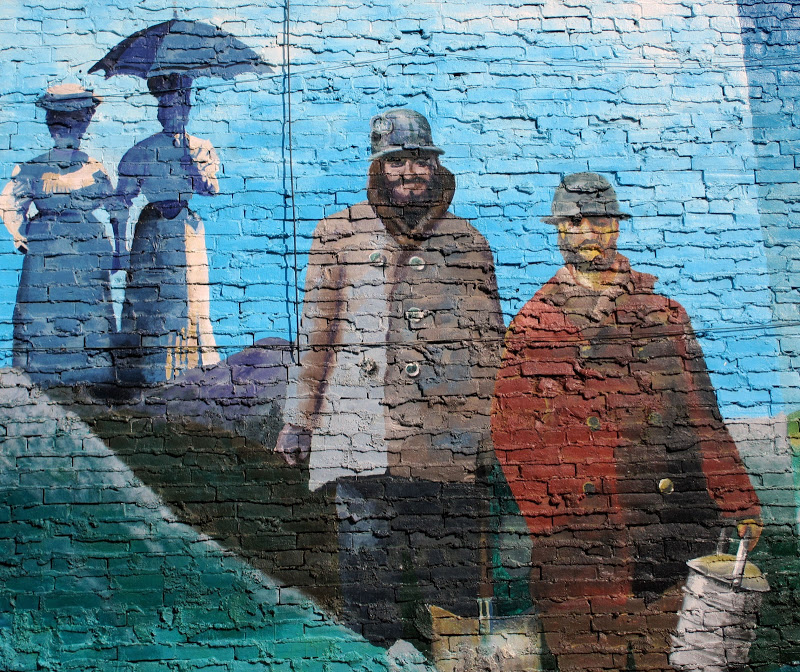 Whoever Bush and Greyson may be in real life, they love to share their cycling adventures. They don’t hope to make money or cultivate a major following. “If we have an audience in mind, it would be people who are interested in small urban excursions, in seeing all the different neighborhoods,” says Bush. “People who want to go outside and see something unusual. Pittsburgh is a great city to explore by bicycle.”

This article appears in the April 2013 issue of Pittsburgh Magazine.
Categories: Arts & Entertainment