Upping the Standard in the Pittsburgh Fashion Scene

Fashion designer Bradford Mumpower is fine breaking all of the rules. 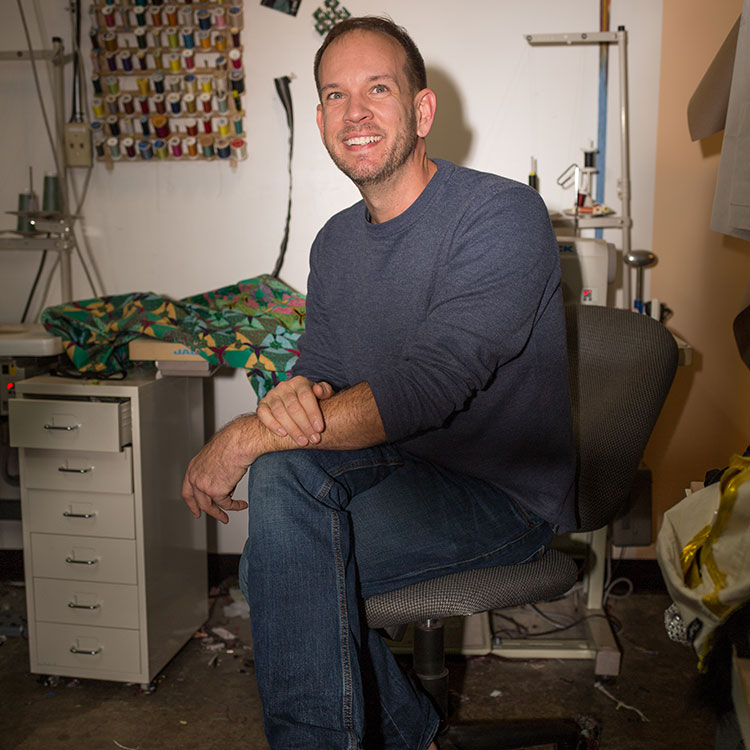 There’s a nondescript space heater that’s failing to warm a 7x7x7 display window in the former Kaufmann’s building downtown. A fluorescent light glows from a contractor’s lamp rigged to the wall, and the floor is covered with rolls of fluffy, polyester Buffalo Snow and stacks of shiny, Mylar-covered bubble wrap, each cut into the shape of a flower petal.

“They’re actually the bags that Blue Apron meals come in. I knew I would do something with them eventually,” says designer Bradford Mumpower. He picks up one of the petals, reaches for a handheld stapler, and begins layering them over a billowing, floor-length skirt he made from trash bags, displayed on an mannequin that will be unveiled for Light Up Night.

Some might see a ballgown being created with useless garbage. Not Mumpower. “The more difficult it is, the more interesting it is.”

Unconventional materials as well as color, texture and pattern are his calling cards, statements often punctuated by his preference for African Wax Prints, cotton fabrics printed using a combination of wax resins and dyes that produce mesmerizingly bold results. “I like using things people expect, unexpectedly. When people say, ‘I never would have thought of that,’ it’s the best feeling. You have to be edgy in fashion. You have to start pushing the envelope as far as you can push it.” 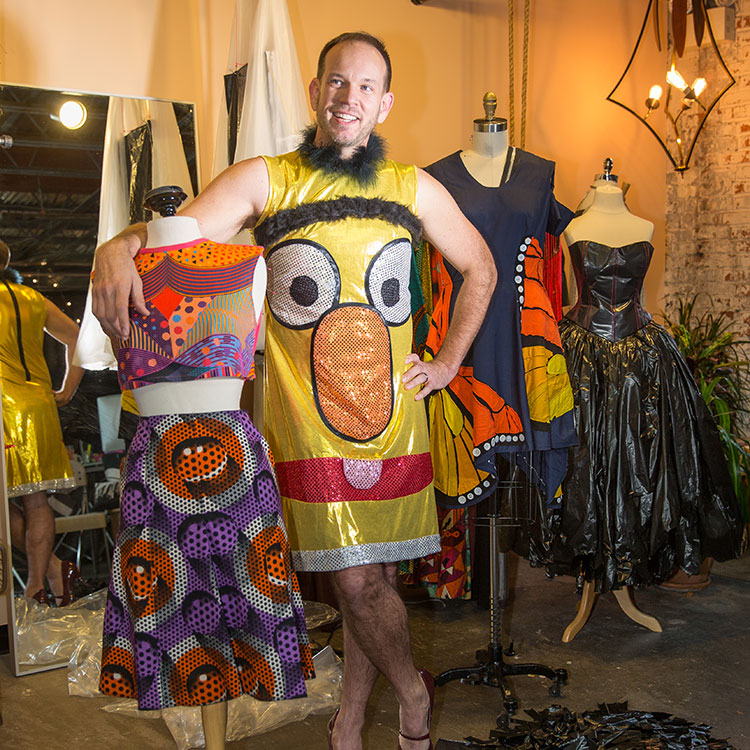 “It’s a statement piece,” he says. “No one’s going to forget it. And OK, it’s really tacky, but it’s not tacky. It’s Bert. Everyone knows who Bert is, and it’s hard to look at it and not smile. I want to make people smile. … So, I love it. Very much.”

Mumpower arrived in Pittsburgh in 1991 to study architecture at Carnegie Mellon University. Soon after, he came out to his parents, received an ultimatum, and found himself on a path that included neither a college degree nor his parents. Instead, he became certified in massage therapy, developing a keen understanding of the body while listening to women clients lamenting over clothes that were too tight, too loose, never the right fit. “The design bug was always there, and I am sad to say that ‘Project Runway’ kind of pushed me into wanting to do clothes. I thought, ‘If they can make dresses in a day and a half, I can.’”

When his Spring/Summer 2018 collection debuts this month, it will represent a trajectory that began in 2007 with a simple pillow he made at Cut & Sew Studio in Morningside, gained momentum with pattern-making skills learned online via Craftsy, and started turning heads with a strapless A-line dress: 13 layers of white kitchen and black lawn and leaf trash bags, sliced open, quilted together, and texturized with a heat gun, winning the 2016 Salvation Army Garbage Bag Gala design challenge. 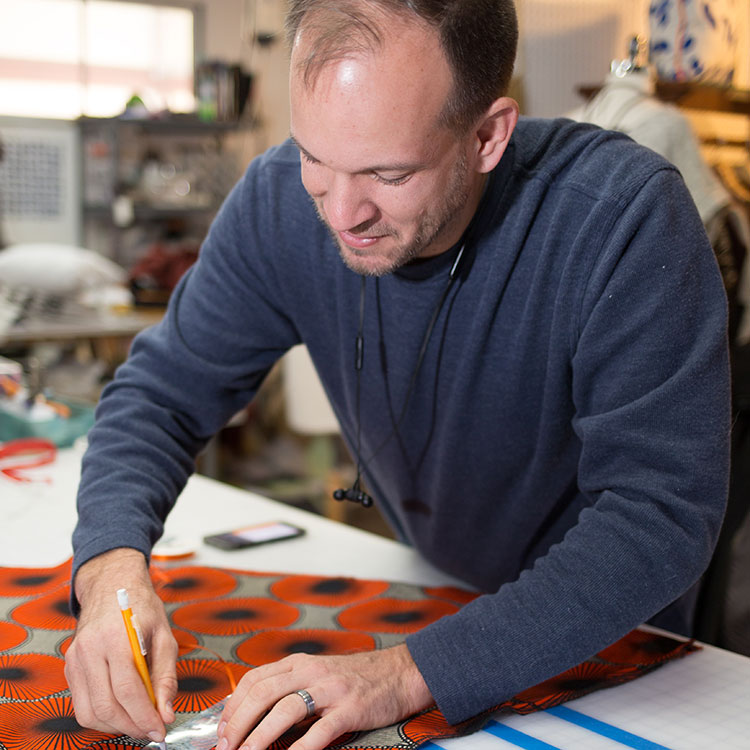 “I didn’t go to design school so I’m fine breaking all the rules, but I am a perfectionist,” he says of his obsessively meticulous cuts, seams, designs; a hyper focus that’s become a rarity.

“If you go to fashion shows in Pittsburgh, so much is not finished. Hems undone, seams undone. … I think that Pittsburgh is not holding itself to a high enough standard. Not that the standard is low. There’s no standard. We have enough talent here to make a big splash in the fashion industry. But the people that are running the fashion scene aren’t designers and we’re not going to get attention from anyone but our friends and family until what we make is buyable and marketed. That takes work. From the designers, and the city.”

Acknowledging that change begins in the proverbial mirror, he considers his January show to serve as a coming out party; for himself as a designer who is ready to be in the marketplace and as a dress rehearsal for future fashion shows — both solo and collaborative — with an eye on a collective effort to move Pittsburgh fashion forward.

“In the past, I’ve been afraid of success with my design and creative endeavors, but something has changed,” he says. “I’m ready.”

This article appears in the January 2018 issue of Pittsburgh Magazine.
Categories: From the Magazine, Style