Chew suffered a broken neck while riding his bike in Ohio earlier this month. 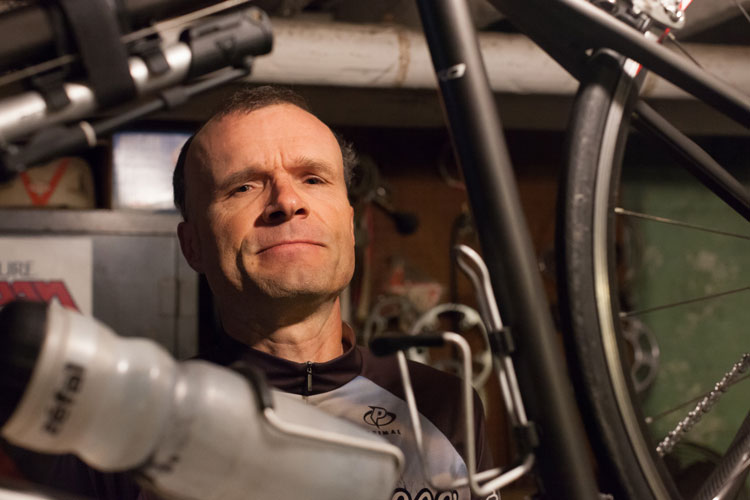 Danny Chew, founder of Pittsburgh’s Dirty Dozen bike race, remains in an Akron, Ohio hospital where doctors are telling him and his family that he may remain paralyzed from the chest down for the remainder of his life.

“The paralysis has been confirmed,” Chew’s sister, Carol Perezluha told the Pittsburgh Post-Gazette. “But we aren’t giving up hope.

“Before I left [the hospital to return home to Florida] I made Danny promise me he wouldn’t give up hope, and he did.”

The famed Pittsburgh biker, who hopes to ride 1 million miles in his lifetime, was hurt on Sept. 4. Chew, 54, of Squirrel Hill, was riding with a friend, Cassie Shumacher, when she says it appeared he had a “dizzy spell” and rode his bike into a drainage ditch near Lodi, Ohio.

Of most immediate concern for doctors is to wean Chew from a ventilator so he can eat and begin rehabilitation. His family tells the PG they hope to eventually move him back to Pittsburgh.

As Sean D. Hamill wrote in a profile of Chew and his race last October, Chew founded the Dirty Dozen more than 32 years ago. At first the race — a trek up 13 of the city’s steepest hills — was a quirky, underground event publicized largely by word of mouth. In recent years, though, it’s become popular with more riders — local and from elsewhere — largely thanks to Rick Sebak, social media and live-streaming.

Chew’s nephew has organized a Youcaring.com fundraising effort to help with his medical expenses. There is also talk of making the Dirty Dozen bike race a fundraiser. Friends have promised Chew that the race would continue.