Squirrel Hill relaxation business Levity wants you to shut out the world for an hour via a sensory-deprivation tank. 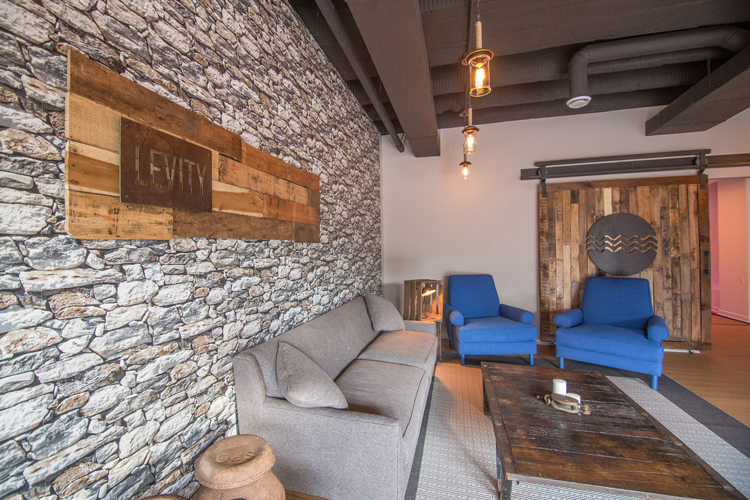 Outside, your cell phone is buzzing.

It’s buzzing because you’re receiving email, repeatedly. And because people are otherwise trying to get your attention via text, Facebook, Twitter, LinkedIn, Instagram and any number of other platforms. And when it isn’t people trying to reel you into virtual space, it’s the apps themselves, poking you to post and update and create. And that’s before you get to the people in the actual world who want your time, your focus, your help. And there are always 1,000 more daily tasks and obligations hanging around your neck.

But that’s happening outside. You are not outside. You are floating peacefully in a sensory-deprivation tank at Levity in Squirrel Hill [floatlevity.com]. In here, there are no apps, no phones, no other people. In fact, there’s no light, no sound. Just calm.

Levity, which opened in late June, is the creation of David Rapach, an Indiana, Pa. native who found himself dissatisfied with a career in education. “I worked for five years [in Washington, D.C.,] and hated the speed of life,” he says. “I started taking stock and looking around and saw the need for people to unplug and just have [a] break. The interconnectedness is wonderful, but sometimes it’s too much — and to be able to disconnect for an hour is phenomenal.” 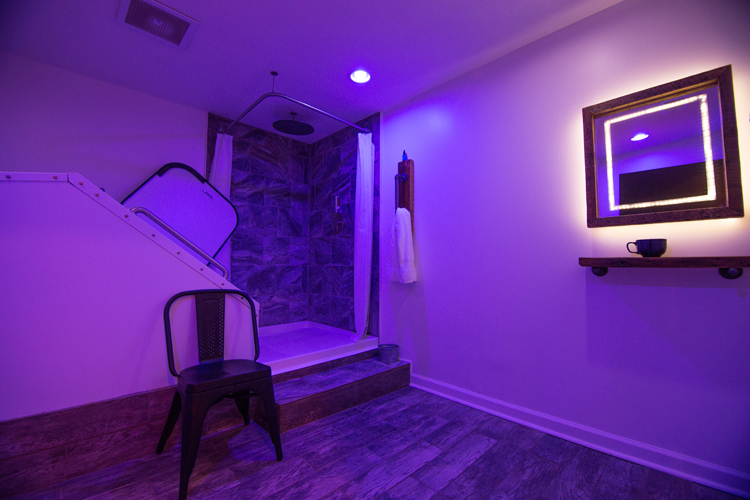 Guests at Levity pass a massive wood door stamped with the center’s logo (“We came up with the barn-door concept to close off the floating area from the rest of the world,” says Levity designer John Malecki) en route to one of two small rooms. There, under candlelight and with soothing music playing, visitors shower before climbing into the tank (picture an oversized bathtub with a roof and spaceship-esque hatch) and lying back onto the surface of the water as if flat on a mattress.

After a few minutes, the music fades out, giving way to an hour of silence and darkness. Epsom salts in the water allow fully relaxed floating; a high-tech filtration system, which Rapach is happy to show off, ensures that the water in which guests float is remarkably clean. The music returns when time is up, and guests are invited to emerge from the tank and shower again as a gradual return to reality. Each session costs $59; discounts are available on multivisit passes.

Rapach says it is important to him to allow guests to ease back into their day rather than hustle them out to bring a new customer in; he visited similar businesses in other cities and found that sessions were too closely scheduled. “When you come out, your experience is still happening as you assimilate back to the world,” he says. “[If] someone’s tapping their foot because they want to go in, that doesn’t work well.”

Rapach says clientele has varied from fitness enthusiasts looking to relax weary muscles to entrepreneurs aching for the chance to unwind. “It’s more of a [shared] mindset that we’ve seen. People who are hard-working, hustlers doing things every day … those are the type of people who [come] here.”