What: Red, White and Blue Pop Party
Where: Stickler’s Ice Pops
When: July 1

I eat ice cream almost every night after my toddler goes to bed. Which is to establish that I haven’t thought about popsicles, specifically, in quite some time.

But then the Red, White and Blue Pop Party — hosted by Stickler’s Ice Pops (sticklerspgh.com) — popped up on my Facebook feed. Who turns down a popsicle party, especially on a holiday-weekend Friday night? Not this girl.

My Wee Dude and I headed out to the shop in Millvale, where they were debuting their Patriotic Pops and special food-truck guest Bulldawg’s supplied perfect-pairing hotdogs.

The Patriotic Pop — also known as a Bomb Pop — is that nostalgic red, white and blue popsicle combination you remember from many an ice cream truck and Fourth of July celebration. But while my experience to this point has been a series of flavored-ice popsicles, Stickler’s specializes in frozen fruit. In this case, strawberry, coconut-lime and blueberry.

I got to have the joy of sitting on a front stoop, sharing melty fruit deliciousness with my Wee Dude, who seemed more interested in wearing the blueberry portion along his forearm. (Don’t worry — I licked it off. One doesn’t waste blueberry anything.)

Confession: I still had ice cream after Wee Dude went to bed that night. What can I say? It’s summer. 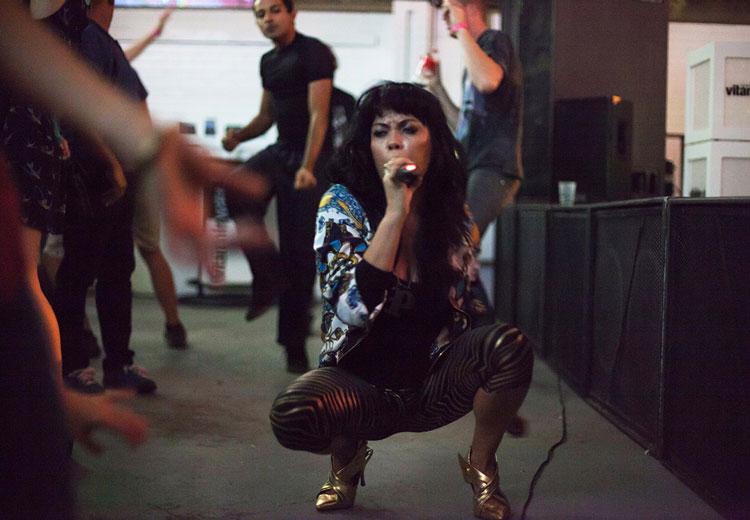 Perhaps this comes with the change in the seasons, but the festivals of autumn are looking considerably more varied than do many summer celebrations. This month and next, a trio of local, multiday throwdowns aims not simply to entertain but also to educate, enlighten and enrich the community. Here’s the (very) short rundown of what you can expect from Thrival (thrivalfestival.com), VIA (via-festival.com) and Re:NEW (renewfestival.com). — Sean Collier

✓ The Thrival Innovation + Music Festival has grown steadily since its first installment in 2013 as a one-day program of music and talks. A series of panels, discussions and lectures on subjects including technology, politics, culture and much more is set for Sept. 20-22 on the North Side, to be followed by a two-day music festival scheduled for Sept. 23-24 at the Carrie Furnaces.  Highlight: The lineup for the music portion of the event is impressive, featuring headlining sets from CHVRCHES, The Chainsmokers and Thievery Corporation. A keynote event of the innovation portion is a talk by famed concussion researcher Dr. Bennet Omalu.

✓ If you want a crash course on the music that people much cooler than you are into, you’ll get it at the 2016 VIA Festival. The event itself, running from Oct. 6-9, is a celebration of boundary-pushing music and art, plus two installments of the increasingly vital Hot Mass dance parties; a pair of warm-up concerts, set for Sept. 14 and 30 at Cattivo, will help to get newcomers in the right mindset.  Highlight: While many of the musical acts at VIA are on the cutting edge, there’s always room for legends. Hip-hop pioneer Rakim will perform his groundbreaking “Paid in Full” album in its entirety as part of the fest.

✓ The month-long Re:NEW Festival aims to explore sustainability as it relates to art, culture and more. Running from Sept. 9 to Oct. 9, the wide-ranging festival includes visual art exhibitions, film, live music, eco-tours, workshops and much more.  Highlight: The Wintergarden at PPG Place will host the North American debut of Drap-Art, the International Festival of Recycled Art, as part of Re:NEW. The exhibition has been an annual fixture at the Centre for Contemporary Culture in Barcelona for two decades.

There’s an awfully curious sign in front of the Carnegie Museum of Art (cmoa.org) as of late.

Referencing the Hillman Photography Initiative’s upcoming “LIGHTIME” programming, it reads: “Pardon our mess. We’re bending the rules of light and time to bring you something awesome on September 9, 2016.” That happens to be the date of “NIGHTIME,” a nine-hour party heralding the arrival of “LIGHTIME,” in which “artists activate photography’s measurement of light and time to investigate contemporary social issues,” according to a CMOA release.

As for the something awesome? We were able to get confirmation that a time-traveling camera was involved, but they would say no more. Still, the phrase “time-traveling camera” is enough to pique our curiosity. And speaking of funny things at the museum …

Not every visitor to the Carnegie Museum of Natural History (carnegiemnh.org) locates the Section of Birds on the museum’s third floor. As you look at specimens and recreations of avian creatures both living and extinct, you might hear an animal sound from down the hall. You approach and find a tiny door labeled, “Section of Mystery.”

Those daring enough to open the door will find a holographic, rotating image of an animal from the museum’s collection. An invention of the Carnegie Museums of Pittsburgh’s Innovation Studio (the same group that is creating the aforementioned time-traveling camera), the Section of Mystery is a new, permanent installation that rewards the curious — never a bad thing for a museum to do. — Sean Collier

Au revoir to Eric Shiner, who served as the Andy Warhol Museum’s director from 2011-2016. He departed the North Side institution this summer to join venerable auction house Sotheby’s as its senior vice president of fine art.