This month: Punk Prom, a smelly plant and celebrity birds. 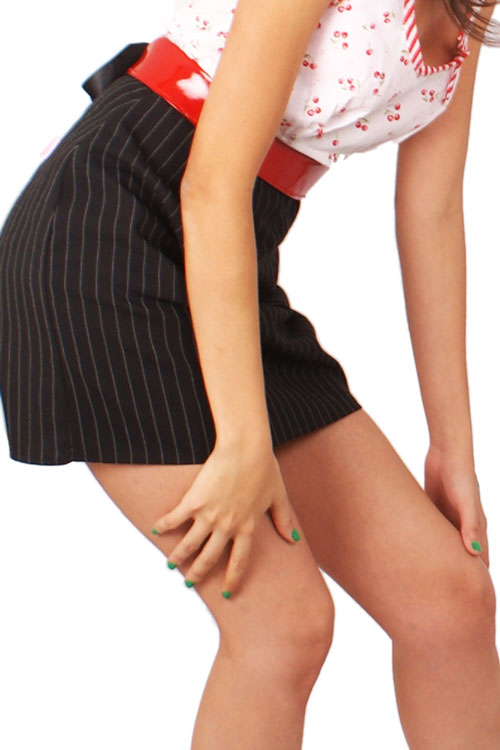 What: Emo & Pop-Punk Prom
Where: Pittsburgh Zoo & PPG Aquarium
When: May 27

If you saw me at prom 15 years ago, you would have seen a small, cheerful girl in a pastel pink dress with matching pink and silver miniature roses twisted in her blonde hair. While the night was not what I thought it would be, it turned out to be pretty value-neutral.

So when presented with the opportunity to attend the Emo & Pop Punk Prom, hosted by local party makers Pop Punk Night (facebook.com/poppunknight), I had to go. It had to be different from the high-school version; we’re all grown now! And, fabulously, the event was held at the Pittsburgh Zoo & PPG Aquarium. Sparkly lights on a summer-like night. Fancy non-conforming suits and dresses in black and red.

But with no alcohol and no animals (the event was held near the zoo’s education complex, removed from the exhibits), it was like being 18 all over again. Except that there appeared only to be one group — out of roughly 400 attendees — who thought enough of the event to arrive in a limo.

That’s not to say the night was bad. The intensely indifferent crowd provided for a wealth of entertaining people-watching. When one of the bands, New York-based Check Engine Light, asked, “Who’s ready to dance?,” a melancholic gentleman standing nearby deadpanned, “Very few people.”

I guess no matter how old you are, prom is never what you hope it’d be. At least this time we weren’t breaking the law when we went home and had a beer. 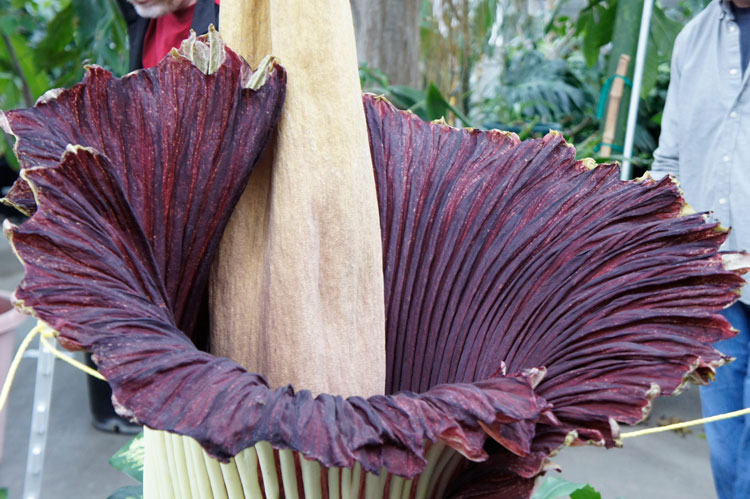 Phipps Conservatory (phipps.conservatory.org) is home to a rare specimen of Amorphophallus titanum, better known by the name corpse flower. Expected to bloom once every three to seven years, Phipps’ flower surprised staff and guests by blooming only three years after its last appearance in August 2013. On June 8, guests once again lined up for a look — and an overpowering whiff — of the rare flower. A few things to know:

✓ The corpse flower is named for the strong odor it gives off when in bloom, which carries the unmistakable smell of rotting flesh. It gives off this odor because its pollinators are insects attracted to the smell of dead meat, such as flies and beetles.

✓ The corpse flower can grow up to 8 feet in height; when ready to bloom, Phipps’ flower weighed 67 lbs. It’s the largest single flowering structure in the world.

✓ This flower has a name: Romero. It was named after “Night of the Living Dead” director George A. Romero, who paid his namesake a visit during its previous bloom.

✓ The plant has its own Twitter account, @romeroatphipps. One choice tweet: “A little visitor just called me ‘Stink Tree.’ It’s got a ring to it, I must admit! :)”

✓ The plant is native to the island of Sumatra; elsewhere, it can be found only in certain botanical gardens such as Phipps. —Sean Collier 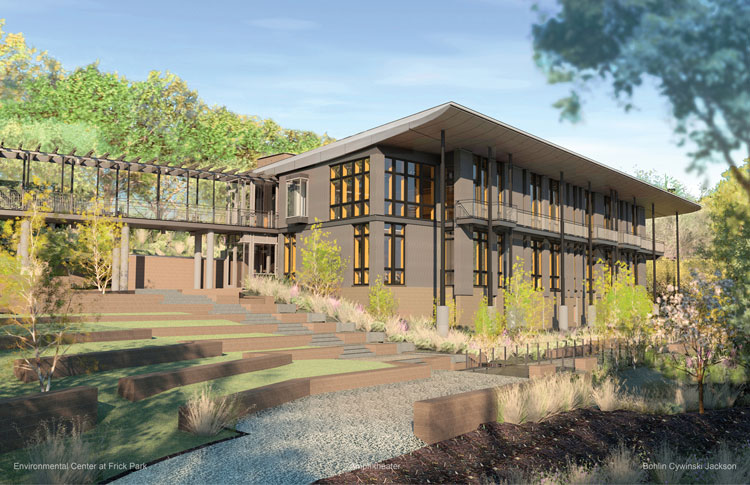 The Frick Environmental Center (pittsburghparks.org/frick-environmental-center), set to open this fall, has been designed to become the greenest building in the world which is completely free and open to the public. It will collect as much energy as it uses on-site, using solar power, rainwater and heat pumps, and is expected to achieve both LEED platinum certification and Living Building Challenge certification. We asked Scott Roller, the Pittsburgh Parks Conservancy’s senior manager, communications and creative: What makes the Frick Environmental Center exceptional among green construction? — Sean Collier

“One of the main things with the Living Building Challenge is what things are made of and where they come from. So not only are we looking at things that have the least number of toxins … [but also that materials] use the least amount of energy to get to your site. So a clean product is used, and it hasn’t been shipped from across the world … The thing that makes it exceptional would be that it’s largely a regional product.” 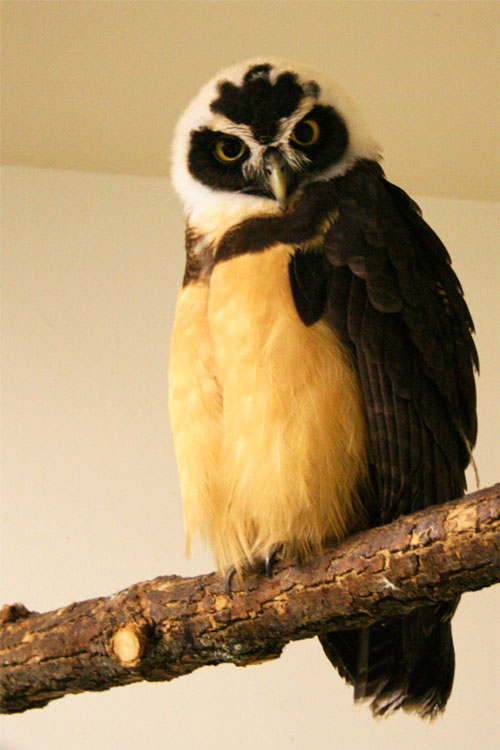 Night in the Tropics, the signature fundraiser at the National Aviary (aviary.org), is set for July 9. This year’s theme, “Aloha Hawaii,” will give guests a taste of an island vacation; the performance group Tuika’s Polynesian Island Magic will offer luau-style entertainment and fire performances, in addition to music from the Lava Game and DJ Loyal, restaurant tastings, cocktails and more.

For those in it for the birds, however, the evening promises a chance to meet some that can’t be seen on a regular visit. The National Aviary keeps about 80 birds in its education collection, and they appear only for shows, special events and educational opportunities. Among the avian all-stars set to appear: Franklin, a spectacled owl; Franco, a Harris’s hawk; and Melon, a red-fronted macaw. All of the feathered VIPs are primped and ready to mingle. —Sean Collier

Every day, a posting in the Pittsburgh Pirates’ locker room dictates what players should wear for upcoming travel and events. On Tuesday, June 7, that message read: “Jeans Okay. Penguins Jersey.” To support the Pens’ cup run, all Pirates players donned Penguins jerseys for flights to and from Colorado.