In its study, the group of researchers proposes a treaty to commit to data-sharing across international boundaries. 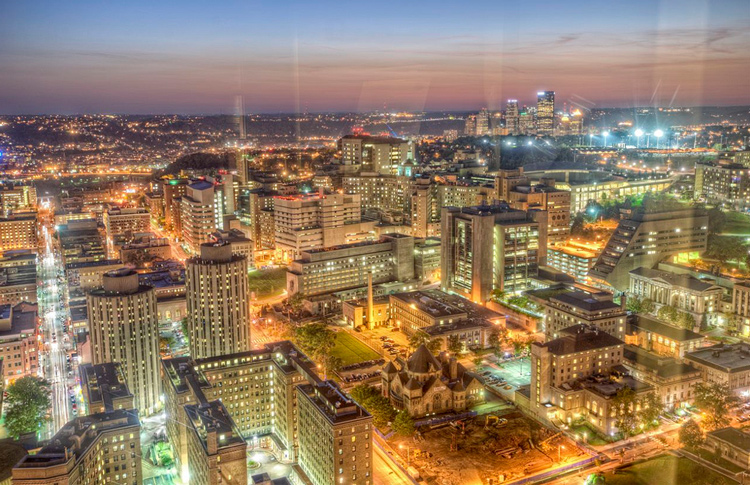 University of Pittsburgh advocates data-sharing for public health
Despite the growing prevalence of big data and its potential to illuminate questions of public well-being, there are no guidelines governing how global public-health data is shared. A team of researchers led by the University of Pittsburgh’s Graduate School of Public Health found that invaluable data regarding disease surveillance or intervention methods are collected most but shared least. The study identifies 20 real and perceived barriers to disseminating such information, and it proposes a treaty to commit to data-sharing across international boundaries. Creating a framework in which to share public health data will better position officials to address ongoing problems or discrete crises, such as the Ebola epidemic.

Slippery Rock University joins initiative to study economic inequality
The American Association of State Colleges and Universities launched a three-year initiative to study growing economic disparity and its impact on democracy in the United States. Slippery Rock University is one of 33 participating institutions that will engage students across multiple disciplines to investigate the roots of inequality and develop curriculum that can be introduced to campuses nationwide. Specifically they will address the relationship between public policy, economic opportunity and social mobility.

This is your brain on words: Carnegie Mellon University examines reading
A new study from CMU’s Machine Learning Department used functional magnetic resonance imaging (fMRI) to determine how the brain tackles the foundational tasks that make up reading: figuring out what words mean, untangling the relationships between characters and parsing sentences. It is the first study to simultaneously study multiple subprocesses.

Subjects read a chapter from Harry Potter and the Sorcerer’s Stone while researchers watched their brains light up. The model they constructed could predict with almost 75 percent accuracy how the brain would tackle the various parts of reading. Creating such a map could help diagnose and address reading disorders.

This article appears in the October 2014 issue of Great Minds.
Categories: Great Minds