The university will present its plan to the Department of City Planning at a meeting on Sept. 12. 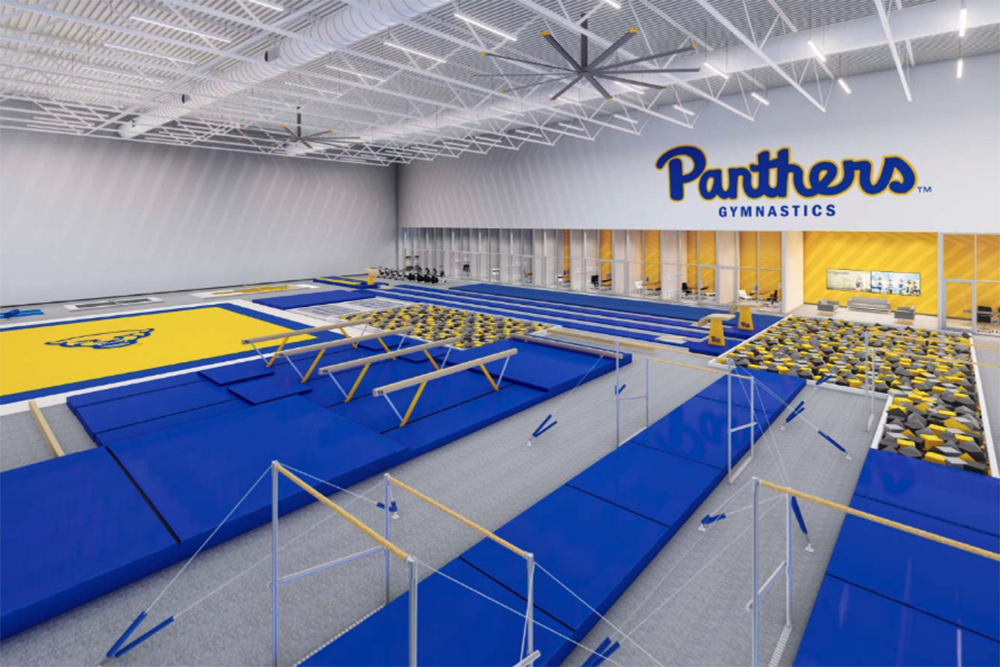 RENDERING VIA HAILTOPITT.COM | THE PROPOSED FACILITY WILL BE A PRACTICE VENUE FOR VARIOUS PITT SPORTS, INCLUDING GYMNASTICS

The University of Pittsburgh’s plan to add a new facility to its campus is moving forward — slowly but surely.

First proposed in January 2020, the Arena and Sports Performance Center would replace or expand most of the sports and functions in the existing Fitzgerald Field House. The 250,000-square-foot facility would be built on the former site of Pitt Football Stadium, adjacent to the Petersen Events Center.

Now, the university will present a proposal to a development activities meeting hosted by the city’s Department of City Planning on Sept. 12.

The vision for the area is to be “a hub for sports medicine, athletic training and strength and conditioning as well as a practice and competition venue for wrestling, volleyball, gymnastics and cheer/dance/mascot,” according to the Oakland Planning & Development Corporation’s website. Another prominent feature of the facility will be a 2,500-seat arena.

The Arena and Sports Performance Center will be part of Victory Heights, a development district of new athletic facilities along Pitt’s campus. In a press release from the original announcement back in 2020, the university’s chancellor Patrick Gallagher said Victory Heights would represent the “dramatic reshaping of the environment for Pitt Athletics.”

Other projects slated for completion in Victory Heights include the construction of an indoor track and field and marching band complex, a new lacrosse stadium, a Student Athlete Success Center and a third-floor expansion to the Petersen Sports Complex, which has already been completed.

Blueprints and costs for the facility have not been finalized yet, but the preliminary work — scheduled for August 2022 through January 2023 — is expected to cost $15 million. The full project schedule, which will be presented at a future Property and Facilities Committee meeting, is slated to run from January 2023 to August 2025.