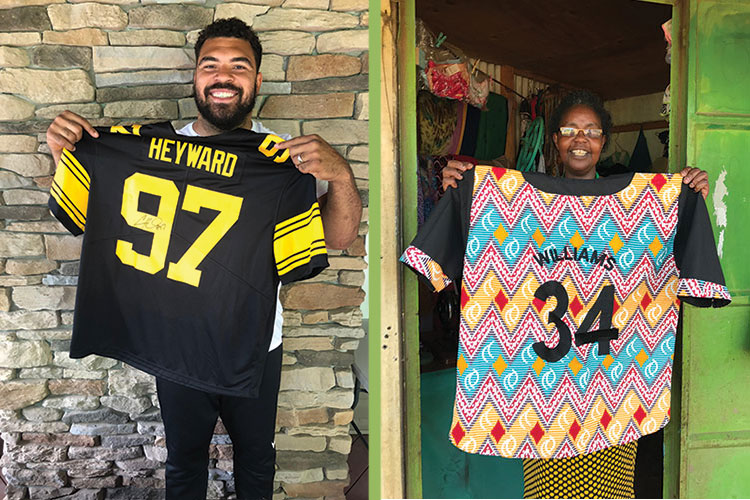 In 2017, Stephen Gabauer spent six months working for a sustainable forestry initiative in Kenya. One of his coworkers, Mariam Naipanoi, was also a part-time clothing designer. “Some of the stuff she’d wear was really interesting to me,” Gabauer says; Naipanoi, who is from Nairobi, connected him to local tailors.

The attention Gabauer’s new clothes received back home fed into the formation of Underdogs United, a clothing company that creates men’s and women’s contemporary-style sports jerseys with vibrant, traditional Kenyan patterns. Underdogs United (gounderdogs.org) is based in Robinson and Washington, D.C.; Gabauer is the creative director, while Naipanoi serves as lead designer and apparel coordinator.

Tailors in Embulbul, near Nairobi, hand-make each jersey to order. Using local tailors — and paying them an above-market wage — is part of the company’s social mission. The other is Underdogs United’s partnership with Impact Water, a San Francisco-based nonprofit which provides safe water to African schools. 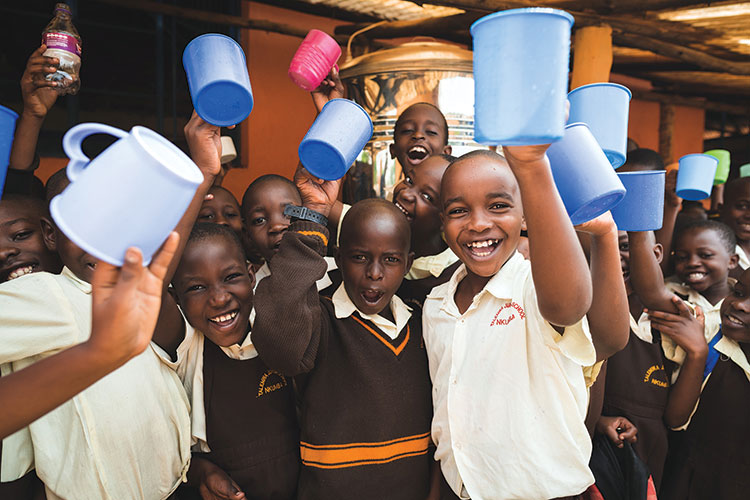 About 15 percent of the proceeds on each apparel purchase (most items are $49-74) helps provide safe drinking water for a child in rural Kenya for a minimum of four years.

Diarrhea and water-borne illnesses are a leading cause of childhood mortality in rural communities throughout many parts of the world. It is not uncommon for rural Kenyan schools — 90 percent of which do not have safe drinking water — to boil big pots of water over a wood fire, which doesn’t quite purify and causes additional health issues (in addition to a negative environmental impact). Proper purifiers have “a rippling effect that not only solves the safe water issue, but also [has] all these tangential health benefits,” says Gabauer.

As the apparel line found traction, Gabauer — a Pittsburgh native and Penn State grad — turned toward starting the company’s flagship program: a global jersey exchange. Professional athletes (more than 70 from 15 countries to date) donate a jersey to be auctioned to fans. The profits go to Impact Water; the tailors craft a custom, handmade jersey to be given as a thank-you to the athlete. 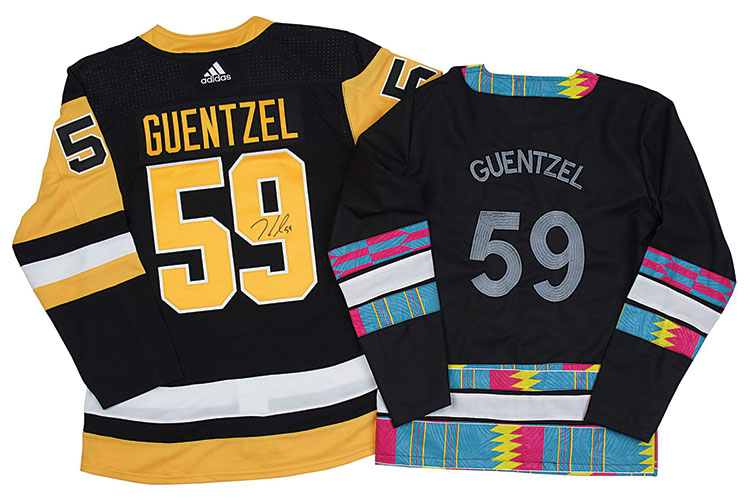 “Sports has this really special effect when people come together,” says Gabauer, who has a graduate degree in international sports management. “It’s a really amazing platform and arena where more and more people are excited to do something that actually transcends the game.” Steelers’ defensive end Cam Heyward was one of the first big stars to say yes; the project officially kicked off in December 2018. Upcoming auctions include jerseys from World Cup champ Alex Morgan, Boston Celtics forward Al Horford and Pirates pitcher Trevor Williams.

Gabauer says the money brought in to date by Pittsburgh athletes is enough to fund water purification for more than 1,500 students. As of March, 10,000 children have received access to clean drinking water through the program; the goal is to reach 50,000 by year’s end.

Gabauer and his colleagues have been intentionally inclusive of female and international athletes, which, in turn, brings greater attention to sports such as soccer, tennis, surfboarding and snowboarding.

“It brings the global community together,” Gabauer says. “Safe drinking water is a global right. It’s great to have everyone come together to say that safe drinking water matters no matter where you are in the world.”

This article appears in the May 2019 issue of Pittsburgh Magazine.
Categories: Community Feature