Craig Bernier's first-rate debut collections depicts a blue-collar, down-at-heel Detroit, where the residents are proud and doing their damnedest to ride out the economic free fall. 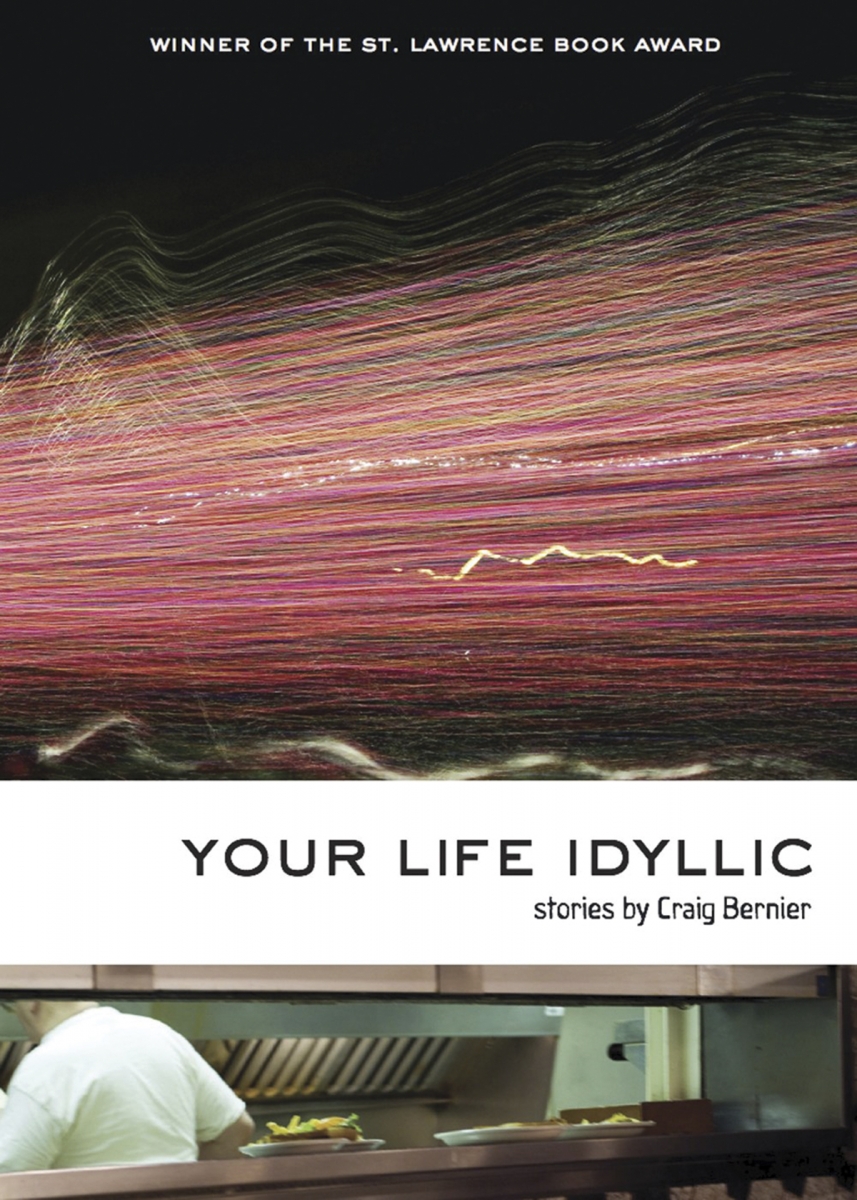 The world of creative writers could be said to shake out in the following fashion: Novelists get the big publishing contracts and invitations to rest comfortably astride sundry brightly colored couches of daytime talk shows. Poets get the widest opportunity to engage with their audience via the million-and-one little poetry magazines and by way of intimate gatherings of an engaged confederacy of true believers in the power of poesy for readings in cafes, galleries and bookshops. And short-story writers . . . well, that’s a good question.

I’ve long held that the short story is the most difficult of literary forms to practice well — a perhaps too-pressurized vessel for containing an entire world. That very compression that defines the form also can imbue the reading experience with a cramped squeezing sensation. Stories of only 10 or 15 pages can feel interminable if the writer doesn’t have the touch, while novels of several hundred pages can weather the lulls and all of the shifts in momentum, which in time create a specific rhythm, that a greater page count allows.

So it is with great admiration and pride that I report Pittsburgh is seeing something of a renaissance in the field. Excellent younger practitioners have been making names for themselves in town lately, among them Ben Gwin, Taylor Grieshober and T. C. Jones. Add to that number Wilkinsburg-by-way-of-Southeastern-Michigan’s Craig Bernier and his first-rate debut collection, Your Life Idyllic.

Bernier’s Detroit distinctly is blue-collar and down-at-heel, the residents proud and doing their damnedest to ride out the economic free fall. The city is a casualty of post-industrial America; it’s a rust-belt revenant of the old order. As one character bitterly notes, “It’s not a high-quality world anymore.” The cost of making things that last has become too high. The question “Your Life Idyllic” poses throughout its nine stories is: What is the cost (personal, social) of making and preserving strong, lasting relationships? What does it require of us? And is the price higher with success or failure? There are no easy answers here, and Bernier knows better than to try to offer any. In “Bender,” a man drives his alcoholic brother to a hospital in hopes he’ll dry out there. An uncle takes his young nephew on a Christmas outing and walks a tightrope answering endless questions about the nuts and bolts of Santa’s business while deciding whom he will have to terminate in his own in “The Chief.” Bernier chooses moments of crisis to explore the myriad ways in which we both come through for and fail the people in our lives.

And what about that title, “Your Life Idyllic?” It would be easy to read it as bitter irony in light of the hardscrabble lives of its characters. I choose to believe, however, that Bernier is reaching for something deeper here. Much like the narrator of “Lucky Star” — who to his own surprise has discovered in himself, through the practice of yoga, unforeseen inner resources — the title implies that we as human beings are not merely the sum of our circumstances (poverty, illness, loneliness) but are creatures of greater, depth, profundity and potential than we often are allowed — or allow ourselves — to know.

In lean, thoughtful prose, Bernier creates an extraordinary city out of the lives of its most ordinary inhabitants. A strong and graceful collection, “Your Life Idyllic” sits comfortably next to the work of authors such as Larry Brown, Willy Vlautin and Richard Ford.

March 20
Jam2Jam is a quarterly literary, art and music series committed to “making writing and readings accessible and enjoyable to those who may not have the opportunity to attend a reading in a university setting.” Tonight’s benefit will feature readings by regional writers, an art show and a DJ spinning vinyl records. All proceeds benefit the library.
[Millvale Community Library, 213 Grant Ave., Millvale; jam2jam.pittsburgh@gmail.com]

March 7
Sarah Shotland’s excellent debut novel, “Junkette” (White Gorilla, 2014), nods in more ways than one in the direction of William S. Burroughs’ beat classic “Junky.” Shotland, however, is much more generous to her characters and sympathetic to the New Orleans demimonde she artfully renders. Jason Baldinger and Sean Thomas Dougherty will join her for this reading.
[East End Book Exchange, 4754 Liberty Ave., Bloomfield; 412/224-2847, eastendbookexchange.com]