Undercover: What We're Reading in June

Reviews of “I”: New and Selected Poems by Toi Derricotte and Regular Hauntings: New and Previous Poems by Gerald Costanzo. 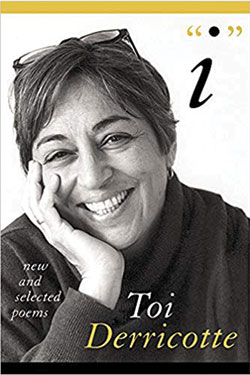 “I”: New and Selected Poems
by Toi Derricotte
UNIVERSITY OF PITTSBURGH PRESS, $29.95

There is a misconception attached to poetry that conflates the “I,” the speaker of the poem, with the poet who has produced the work. Poems that feature this “I” on the page are often perceived as a sort of memoir, an act of pure autobiography.

I suppose the blame for this can be laid at the feet of the confessional school of poetry, notably the writers Anne Sexton, Robert Lowell and Sylvia Plath, whose work became so well-known that, as far as the general public was concerned, they essentially erased the line between the speaker of the poem and the writer. Although not every poet seeks such warts-and-all transparency, the legacy of the confessional poets is one which all poets must contend with today.

The poet Toi Derricotte takes full advantage of this inherent tension in the career-spanning “I.” She kicks off the collection with a new 13-part poem titled “Speculation about ‘I’” featuring this telling epigraph from Transcendentalist navel-gazer Henry David Thoreau: “A certain doubleness, by which I can stand as remote from myself as from another.” She then proceeds to shatter the poem, a metaphorical mirror, into distinct shards, each reflecting a distinct aspect of the unstable I.

Who or what is the I that appears in these poems? Derricotte applies pressure to the interrogation, “A transmission through space? / A dismemberment of the spirit? // More like opening the chest & / Throwing the heart out with the gizzards.”

Derricotte is a professor emerita at the University of Pittsburgh, as well as a chancellor of the Academy of American Poets. She co-founded the Cave Canem Foundation, an organization dedicated to “cultivating the artistic and professional growth of African-American poets,” with Cornelius Eady in 1996. She has worn many hats in her career, each creating or demanding a brand new I.

“I” offers Derricotte a bit of Thoreau’s doubleness, a chance to stand outside of her impressive body of work and view it anew. Thus the writer, much like the reader, has a fresh experience of “All the years / of fear and raging / in my poems, the years I continued / in thankless silence — until I was empty / of it…” 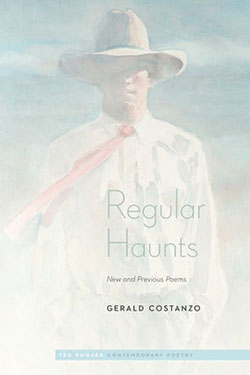 Mt. Lebanon poet Gerald Costanzo’s work is better known for wry cultural commentary and humorous observations than for naked confessionalism, which is on full display in “Regular Haunts: New and Previous Poems.”

The poem “Minnie’s Death” wastes no time in declaring the poet’s darkly Pop aesthetic, “Mickey is sitting on a stool in the Crow’s Nest, a bar in L.A. / He’s drinking a beer. He needs something stronger. He is / suicidal. He never married her and now she’s dead.” Later we learn that the most famous mouse in the world, the cartoon face of American joy, is so distraught he’s “contemplating erasing / his wrists.”

Funny and off-kilter, Costanzo’s poems embrace the absurdity of post-war America. His is a comic noir sensibility where “Some days it’s / all alibis and crocodile tears.” These poems pack a zippy punch and linger in your brain like some half-remembered late-late show.

JUNE 17
New & Noted: Neal Stephenson scored a bestselling hit with his epic third novel, “Snow Crash,” a comic cyberpunk thriller that cemented his status as a master of modern science fiction. Since then Stephenson has published a corpus of dense tomes concerned primarily with technology and complex systems (such as code breaking).

He discusses his latest, “Fall; or, Dodge in Hell,” a sequel to his 2011 extravaganza of cyber crime and the Russian mob, “Reamde,” as part of Pittsburgh Arts & Lectures’ New & Noted series.
OAKLAND: Carnegie Library Lecture Hall, 4400 Forbes Ave.
412/622-8866, pittsburghlectures.org

This article appears in the June 2019 issue of Pittsburgh Magazine.
Categories: Things To Do