Undercover: What We're Reading in December

Has the holiday season got you saying, “Ho ho no!”? Don't despair, dear reader, because books make the best presents. Pittsburgh writers and publishers have been working hard as elves all year long producing wonderful tomes of poetry, stories and non-fiction. Here are a few that might make your family and friends as merry as can be this season. 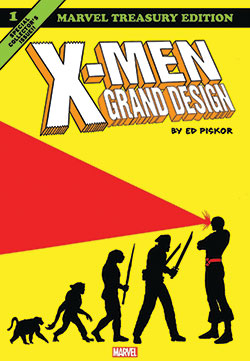 Munhall's Ed Piskor has turned his cartooning talents to the story of Marvel Comics’ angsty mutants, the X-Men. The popular series by creators Stan Lee and Jack Kirby has seen countless changes in writers, artists and characters since its beginning in 1963. Even for the biggest fans, it can be a trial to keep more than 50 years of storylines straight. Piskor's X-Men: Grand Design bravely attempts to make the convoluted history of one of the most popular comic book franchises in the world into a cohesive story. What is truly amazing is how well he succeeds. The oversized deluxe editions are gorgeous and should please new and old fans alike. 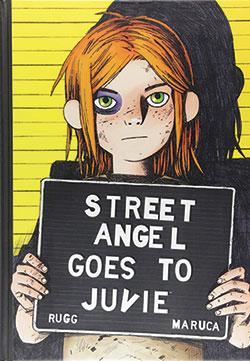 If exciting comics with breathtaking art sounds great, but the folks on your list prefer something more of the indie variety, let me suggest the latest Street Angel installment from local artist Jim Rugg and writer Brian Maruca, Street Angel Goes to Juvie. If you ever thought that what was missing from Oliver Twist was a trash-talking, skateboarding, teenage ninja with a penchant for junk food then you are in luck. Rugg's bright, kinetic artwork practically leaps off the page. This tale of a jailbreak from juvie is a charmer start to finish. 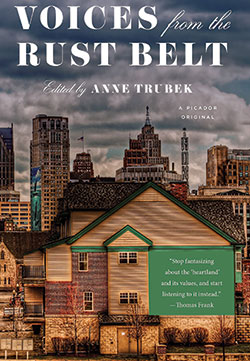 Voices from the
Rust Belt
Edited by Anne Trubek Picador; $16

For something more sober-minded but no less compelling, check out Voices from the Rust Belt. This collection of personal essays, edited by Anne Trubek, seeks to upend the “(g)eneralizations about the region's population” and “to resist the urge to make of this place a static, incomplete cliché, a talking point, or a polling data set.” Locals Ben Gwin, Carolyne Whelan and Dave Newman offer deeply felt essays in this powerful and necessary collection.

The more rust the better, you say? Snap up a copy of Donald Doherty's Pittsburgh's Inclines. “By the end of the 19th century, more inclines were carrying people and goods up and down Pittsburgh's hills than in any other city in the world.” This fascinating and richly illustrated history of our funicular railways, now reduced to only the Duquesne and Monongahela Inclines, is sure to please your favorite history buff.

Still can't decide on which book would make the best gift? Why not put the whole city in someone's hands in the shape of Emily King's Moon Pittsburgh. This fourth edition of the Moon travel guide has been fully updated. King explores the city neighborhoods, world-renowned restaurant scene, popular attractions and so much more. From Allegheny Cemetery to Zeke's Coffee, this is a must-have reference to our ever-growing and -changing home. 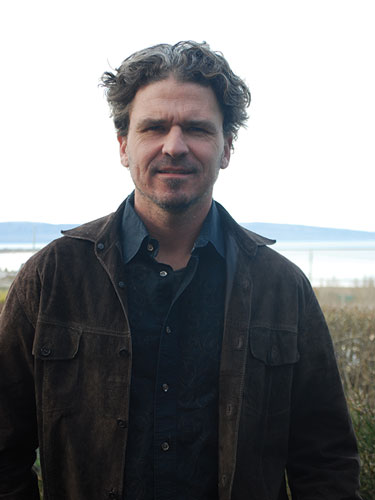 Dec. 10/ Novelist Dave Eggers (left) first earned his reputation as a major literary voice with his family memoir, “A Heartbreaking Work of Staggering Genius.” He returned to nonfiction in his most recent book, “The Monk of Mokha,” which tells the life story of Mokhtar Alkhanshali, a Yemeni American who, at the age of 24, pursued his dream of bringing back the lost art of Yemeni coffee. Mokhtar's journey takes him to an active warzone and a daring escape back to the States with a suitcase full of unroasted coffee. Alkhanshali will join Eggers in an evening of conversation. (Carnegie Music Hall, 4400 Forbes Ave., Oakland; 412/622-8866, pittsburghlectures.org)

Dec. 13/ The holiday blues got you down? Indulge your inner Scrooge at Bah Humbug: Writers (Still) Wrestle the Holidays. This annual event, co-organized by Jason Baldinger and Stephanie Brea, features local wordsmiths ruefully telling personal stories of working the holiday season. NPR can have David Sedaris and his “Santaland Diaries;” we have this acerbic gathering of hilarious and cringe-worthy tales of seasonal distress. A $5 donation gets you in and benefits the Greater Pittsburgh Community Food Bank. (Brillobox, 4104 Penn Ave., Bloomfield)

This article appears in the December 2018 issue of Pittsburgh Magazine.
Categories: Things To Do