Undercover: What to Read This Winter

Rumors of the publishing industry's demise have been greatly exaggerated.

If you follow the news, you’d think the entire book industry is collapsing. Each time I see a report on the publishing biz, it’s focused on doom and gloom — but if you’re a reader of this magazine, you know that’s not true. In fact, so many interesting new books from local authors and publishers come across my desk every month that choosing some to review is perhaps the most difficult part of my job. And that, dear reader, is a wonderful problem to have. So here are a few suggestions to make the long winter a little less ho-hum. 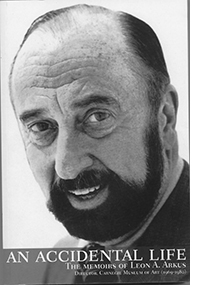 Beginning in 1954, when he accepted the position as assistant director and up until his retirement in 1980 as director, Leon Arkus oversaw the transformation of the Carnegie Museum of Art from a provincial outpost with a middling permanent collection to the world-class institution that it is currently. An Accidental Life, Arkus’s chatty memoir, fondly recalls his years bringing Pittsburgh, sometimes kicking and screaming, into the world of modern art. He pulls no punches in detailing the successes — such as the building of The Scaife Gallery — and the headaches, particularly the wrangling of the Carnegie Internationals. Arkus is never less than engaging and is always a wonderful guide, both amusing and keenly insightful. This is a must-read for anyone interested in the inner workings of the CMA. 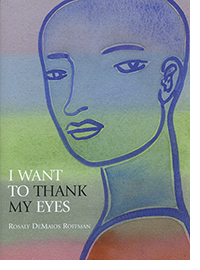 As Rosaly Roffman states unequivocally in her poem, “What Are We Supposed to Do on This Earth,” “The message is not about louder, it is about closer.” And the poet does pull us closer in the pages of I Want to Thank My Eyes. There is a tenderness of spirit at work here, a kindness in the voice that makes these poems as inviting as a warm blanket on dreary winter night. Whether dreaming of Groucho Marx or recuperating from a broken leg in Hawaii, Roffman’s nimble poems make readers laugh out loud one moment, only to silence us with a sad and necessary truth the next. This is the work of a life observed, honest and compelling. As she writes of another fine Pittsburgh poet, “My friend Jerry Stern says write about people / not suitcases,” and that is just what she does. Each poem captures the beauty of our mundane lives and recasts simple gestures in a breathtaking new light. 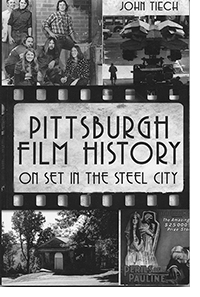 John Tiech’s Pittsburgh Film History – On Set In The Steel City, a book on the film industry in Pittsburgh, is brief but chock-full of information and interesting tidbits of movie and TV trivia. It’s all here: short documentaries made by the H.J. Heinz Co. on picking and canning vegetables, as well as the nation’s very first nickelodeon, marking the beginnings of Pittsburgh movie culture at the turn of the century; Fred Rogers’ early turn on WQED; Chilly Billy’s late-night horror-movie parties on WPXI-TV (a personal favorite from my own childhood); and latter-day Hollywood productions like Adventureland (shot at Kennywood) and box-office smash The Dark Knight Rises. Of course, there are zombies aplenty, with a large portion of the book devoted to the career of George Romero, aka the king of the brain-eaters. It’s a handy and fascinating tour through our own Tinsel Town.

Pittsburgh Film History — On Set in the Steel City
by John Tiech
The History Press; $19.99

I Want To Thank My Eyes
by Rosaly DeMaios Roffman
Tebot Bach; $16