In Scott Silbe’s collection, his sense of humor is his secret weapon, and prevents jadedness and mawkishness from infecting his work. 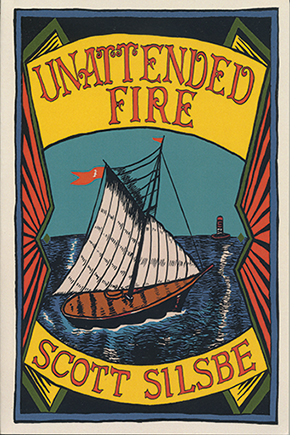 Scott Silsbe declares, “I’m a sucker for the possible,” an avowal of optimism that snakes its way through the pages of this generous collection of poems.

Silsbe has long been the editor of The New Yinzer literary magazine, where he has showcased local writers, artists and musicians in print and live on stages across the city. Therefore it shouldn’t come as a surprise that his poetry revels in the people and places of Pittsburgh.

These are youthful poems crackling with energy and enthusiasm; poems that gyrate and wheel like the last straggling dancers at ’80s Night.

In Silsbe’s hands, the late-night/early-morning drive home from a club in “Big Star” occasions a celebration of friendship and the tenuous bonds that hold relationships together, small moments of emotional clarity that upon reflection reveal so much more than we realized: “We were cruising over bridges and through tunnels and I took us out of our way to go down the overgrown alley from Oakland to Polish Hill  and Bad Brad got out of the car at a red light and I didn’t know if he  didn’t like my driving, or if he was drunk, or if what, but we kind of had to let him go.”

Silsbe is a romantic of the best sort — no wishy-washy moons and Junes populate his poems. Rather, he has an expert eye for the right detail, painting something large and meaningful with the smallest of strokes: “A light snow. 5:15 p.m. / couples walking Murray / carrying yellow bags / from Jerry’s Records.”

I’m not sure that Basho or Issa could have done it any better.

There is a self-awareness in these poems that has yet to take that extra step off the cliff into Bukowski sort of jadedness. Silsbe’s sense of humor is his secret weapon, and prevents jadedness and mawkishness from infecting his work: “I’m always falling for girls whose lives / are sad and regrettable or else they’re too tall / to dance.” Unattended Fire is an elegant collection of poems from one of our city’s hardest-working literary advocates. 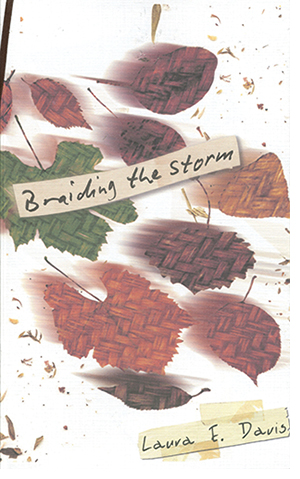 There’s a bitter sweetness in these poems by Laura E. Davis, an almost tangible pleasure taken by the poet in looking back on one’s adolescence and 20s with a gimlet eye. The poet shirks from neither the callow nor the capricious. As she writes in “When I Was Seventeen”: “I did not know how to whisper.” Age brings a clarity of self, but the body (and its aches and pleasures) is very much at the heart of Braiding the Storm; it pays the ticket for new wisdom. Davis makes of the body a text, plain white pages eventually soiled and marked with the passage of time: “in bed this morning the lines on my legs are tiny blue lightning / fish, each breast falling slightly more to the side.”

Davis is the founding editor of the local literary magazine Weave. Now residing in San Francisco, her work continues to reflect her time in Pittsburgh. The city is itself representative of those youthful years as in the poem “On Fifth Avenue”, where the chance sighting of a former lover while stopped at a traffic light stirs memories and emotions of every stripe and hue: “Today I want to lower my car window, call to you. Say hello. Say nice belt. Say I’m sorry. Say the words people say for letting it all fall apart, for watching the rope slip silent out an open window.”

Braiding the Storm is a fine first offering from a poet fluent in the intricate vocabulary of the heart.