A collection of essays celebrates 20 years of Creative Nonfiction. 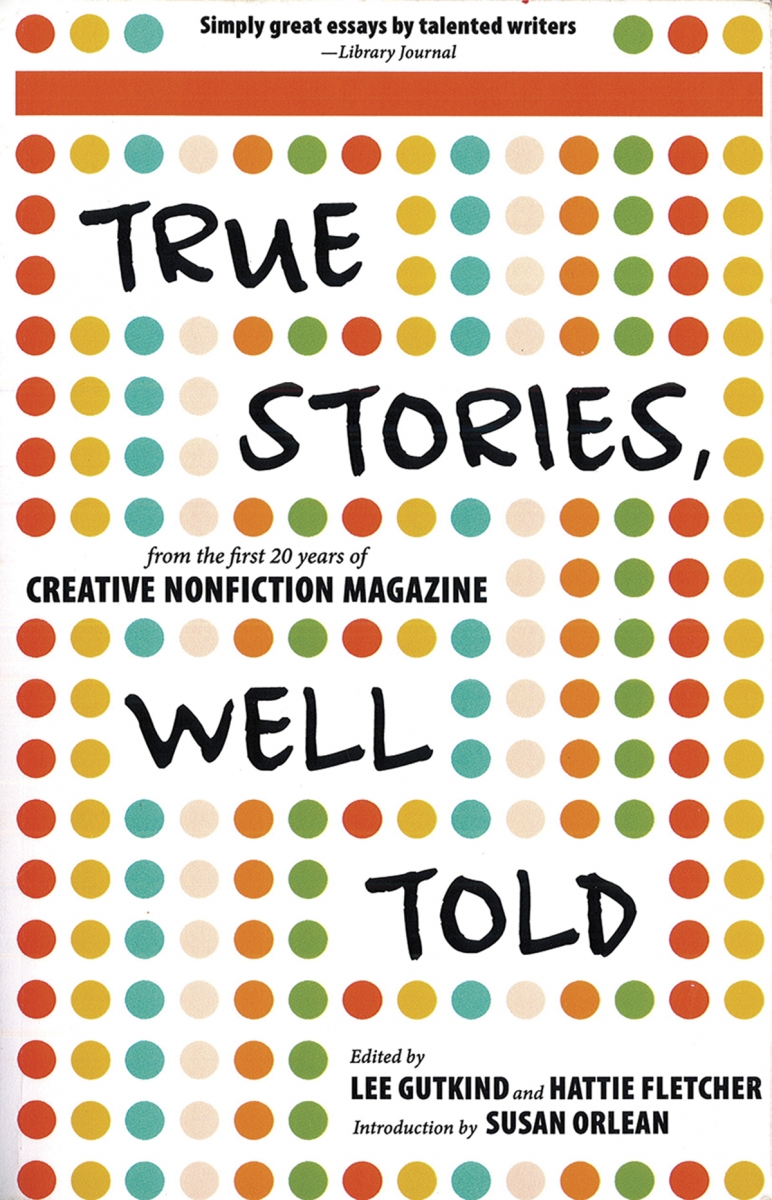 Creative Nonfiction (the magazine, not the genre) is celebrating 20 years of groundbreaking publishing. To celebrate, the editors have gathered together the crème de la crème of the past two decades.

What exactly is creative nonfiction (the genre, not the magazine)? Let’s just say it’s the literary equivalent of the peanut butter cup — “two great tastes that taste great together.” Take the intense rigor of journalism — heavy research, in-depth subject interviews, endless fact-checking — and marry it to the sweetening power of narrative techniques most commonly found in novels — quirky dialogue, narration from inside the mind of the subject, attention paid to building scenes.

Now considered a major literary movement, the genre originally was not exactly greeted with open arms. As founding editor and creative-nonfiction evangelist numero uno, Lee Gutkind writes in “The Fine Art of Literary Fist-Fighting” that neither journalists nor academics were receptive: “(The) contentious word was creative. Journalists hated creative because to them it meant that you made stuff up — lying, exaggerating, etc. But the academics in the English department also found it threatening. ‘Why can’t my work be considered creative, too?’ they whined and argued. Why, for God’s sake, were their essays on Milton or postmodernism referred to as ‘criticism’ while my prose about traveling the country on a motorcycle or hanging out with major league baseball umpires was artistic and literary and creative? This didn’t seem fair.”

Gutkind goes on to divulge inside details about battles waged and his eventual decision to establish Creative Nonfiction as a home for writers practicing the “contentious” art. By turns gossipy, angry, hilarious and informative, Gutkind’s essay alone is worth the price of this book. Lucky for us, the anthology also is chock-full of treasures from a diverse field of writers, including Toi Derricotte, Gordon Lish and Carolyn Forche. The subject matter of True Stories, Well Told . . . [InFACT Books, $15.95] ranges from butterflies to Dick Cheney to a parent coping with the death of his child. That extraordinary range of subject matter is what keeps creative nonfiction — and Creative Nonfiction — so compelling.

Comic books have proven themselves very adept at exploring the Holocaust; Art Spiegelman’s “Maus” and Pascal Croci’s “Auschwitz” immediately come to mind. Chutz-Pow! never flinches from the horrors these men and women faced; the black-and-white artwork renders their lives with starkness and respect. This comic book serves as a reminder of what truly is super heroic.

This time of year is just like Christmas for folks who love things that go bump in the night. It’s fitting to have a couple of chillers worth losing sleep over come across my desk. Supernatural Lore of Pennsylvania: Ghosts, Monsters and Miracles [edited by Thomas White; The History Press; $19.99] is a compendium of regional creepers from local historian Thomas White. Travelogue of Horror [by Tony Urban; Schiffer Publishing; $24.99] is a cross-country road trip that hits all the sites where your favorite horror flicks were made — it covers a bevy of local spots from films such as “My Bloody Valentine,” “Creep Show,” and, of course, “Night of the Living Dead.”

Braddock Avenue Books, Nov. 3/ Those fellows at BAB aren’t ones to rest on their laurels. Tonight they launch Michael Gerhard Martin’s debut story collection, “Easiest If I Had a Gun.” Come for the words, stay for the Wigle whiskey — or vice versa.
[Wigle Whiskey, 2401 Smallman St., Strip District; 412/224-2827, wiglewhiskey.com]