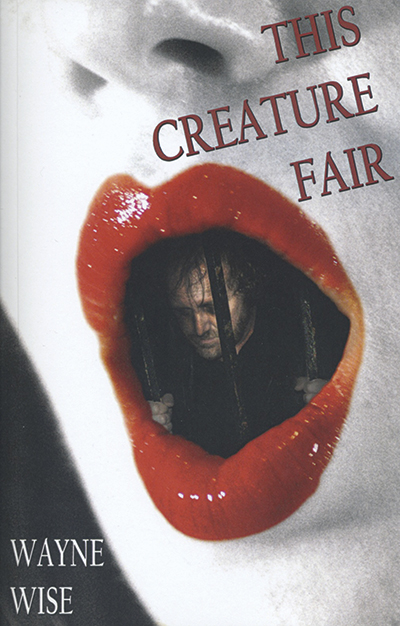 What kind of music fan are you? Are you happy humming to old Billy Joel and Eagles tunes? Can you count the number of CDs you own on one hand? Are you surprised that vinyl records are still produced?

Or are you the kind of buff who knows who Michael Rother and Scott LaFaro are, and who finds it puzzling that nobody else in your office seems to? Do you own more than one test pressing? Do you know every intricacy of the jukebox at Gooski’s? If you answered yes to any of the questions in that second group, then you, my friend, qualify as an obsessive devotee.

The bad news is that most people generally don’t care that you know any of those things. The good news is that Wayne Wise has written the book for you.

Wise, a music journalist and novelist, has penned what is ostensibly a horror novel with This Creature Fair. But the book actually covers music fandom and the price genius artists often pay.

Main character Nick Chambers is a 40-something record-shop manager leading a quiet, unremarkable life. He lives alone in a ramshackle Bloomfield apartment with unframed posters tacked to the walls and records strewn across every surface. Nick has been dating Paula, who works in the finance industry and is pretty much the picture of responsible adulthood. He is close to his mother and his younger brother, who has Down syndrome. All told, Nick is a pretty content guy. Until he attends a Morrigan Blue concert, where everything changes.

Morrigan is an obscure singer from the U.K. who’s on a rare club tour of the United States. Spoiler alert: Morrigan is not only a rock ’n’ roller, but she’s also a succubus — you know, a mythical creature who feeds on the souls of humans, thus opening up their creative abilities.

After a brief post-show meeting with Morrigan, Nick decides to attend her next concert for a more intense personal encounter. With Morrigan in his life, Nick rapidly becomes the musician he always dreamed of being. His downward slide into a strange addiction follows.

As an author, Wise has a light touch, never overwhelming the reader with his large store of rock arcana. Nor does he hit the addiction metaphor too hard.

Wise’s evocation of the Pittsburgh music scene is a warm one. He understands the ways and wherefores of the fan. As Nick says, “It’s not the music trivia that’s important. It’s the music. People have always made music. It fills a need that nothing else does. It’s an expression of our souls. It’s a way of touching the divine. We need music. We need to listen to it, to make it, to let it take us away from the petty concerns of the here and now.”

Just be careful your favorite singer isn’t a man-eating monster.