A little while after the average freshman enters Schenley, he is aware of a new feeling, which pervades the atmosphere of the place, something which makes him extremely proud to be one of the Schenleyites. — “The Schenley Experiment: A Social History of Pittsburgh’s First Public High School”

Welcome back to school, class! I hope everyone had a fun and relaxing summer vacation. It went by so fast, didn’t it? I know you’re as eager as I am to jump back in, so let’s get started! Be sure to have a sharpened No. 2 pencil ready, because there will be a quiz. 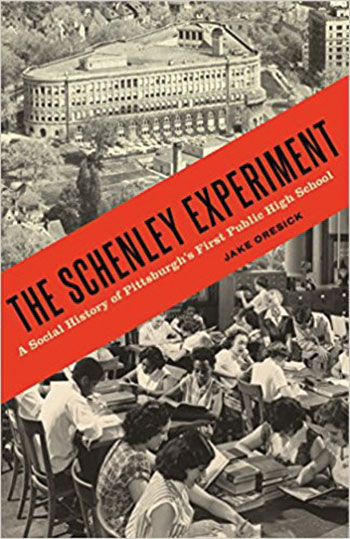 The school was reorganized in 1916 as Schenley High School, which opened its doors at Centre Avenue and Bigelow Boulevard that same year in a state-of-the-art facility designed by the local architect Edward Stotz. Schenley High School was officially closed in 2008 by the school board, citing expensive asbestos removal and major renovations as mitigating factors in the controversial decision.

​Schenley alumnus Jake Oresick’s The Schenley Experiment: A Social History of Pittsburgh’s First Public High School is a highly readable account of the school’s colorful and varied history. Oresick capably renders the school’s story from its unpopular beginnings (the Daily Post called it “a very expensive public humbug”), to its arrival as a crown jewel of the Pittsburgh Public Schools, boasting college-level programs and a highly regarded teaching staff.

Oresick quotes James Reed, Class of 1925, “A little while after the average freshman enters Schenley, he is aware of a new feeling, which pervades the atmosphere of the place, something which makes him extremely proud to be one of the Schenleyites. He realizes that he belongs to Schenley’s family, and begins to desire to perform some outstanding work.”

Oresick doesn’t shrink from discussing the hard times on which the school fell in the 1970s or the sometimes-volatile racial tensions experienced by the staff and student body. He stresses that by the 1990s, “Schenley had fully shaken its stigma and was not only viable but also hip.”

Many considered the school a paragon of public education. “For most of its ninety-five-year existence, Schenley reflected the vision of its first principal, James Noble Rule,” writes Oresick. “Principal Rule believed the modern secondary school should foster community and ‘functional equality’ across social strata.” 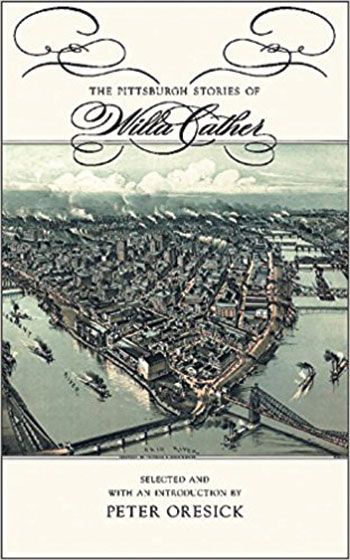 “The Pittsburgh Stories of Willa Cather,”
Edited and with an Introduction by Peter Oresick
Carnegie Mellon University Press; $19.95

Known primarily for her novels about homesteaders in Nebraska, The Pittsburgh Stories of Willa Cather shines a light on her lesser-known fiction set in the steel city. Of the six stories gathered here by editor Peter Oresick (Jake’s father), the oft-anthologized “Paul’s Case,” is both the most familiar and most successful, but all deal with the tensions between art and commerce in the United States.

Peter Oresick, who passed away last September, provides an excellent introductory essay to this wonderful edition to Cather’s enduring legacy.

Sept. 8/ Naughty By Literature! A Literary Cabaret hosted by Literazzi takes over the stage at Cattivo for a cheeky (21 and over) good time. The show features naughty takes on favorite literary characters performed by Amoxie Villain, Artemis LaCreme, Cherri Baum and more. Literazzi is a poetry and performance troupe dedicated to raising awareness and funds for local literacy programs. Proceeds from this event benefit the Greater Pittsburgh Literacy Council. (Cattivo, 146 44th St., Lawrenceville; 412/687-2157)

Sept. 24/ The seventh annual Pittsburgh Zine Fair is here once again to offer its plethora of homemade literary wares. A zine is typically considered to be any self-published, usually photocopied, limited-run book or magazine; poetry, journals, music writing, politics and comics are all common features of the zine scene. A few participants of the 2011 Feminist Zine Symposium, hosted by the Carnegie Library of Pittsburgh, started the annual affair. Artists, writers, and activists from across the region will take part in this staple of the DIY community. (The Union Project, 801 N. Negley Ave., Highland Park; pghzinefair.com)