With this work, Matcho proves himself to be as much tragedian as humorist, which is to say he is a true artist. 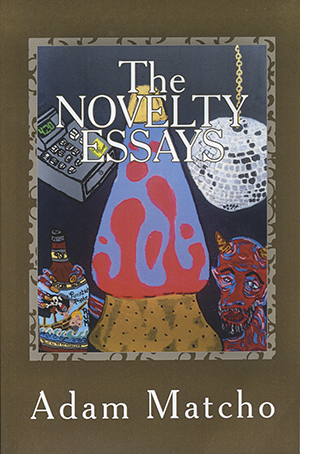 It should come as no surprise that in our current economic climate, the literature of work once again finds itself in ascendance. That Philip Levine, whose poetry dwells in the blue-collar folds of car manufacturing, should be one of our most recent poet laureates is as symptomatic of the situation some of the country finds itself in as it is the natural talents of our nation’s authors.

Add to the ranks essayist Adam Matcho, whose publisher, WPA Press, aptly takes its name from the last great experiment in putting writers and artists to work on an array of national civic projects. Matcho’s essays concern his days and nights working the counter of a mall novelty store — the kind of shop where you can find lava lamps and fake dog poo — while trying to complete his college degree and provide for his wife and newly born son.

Matcho has a light touch, always finding the humor in what is a dire, stressful state. The revolving door of weirdo customers, from the middle-aged swingers in “A Farewell to Hands” to the hitchhiking Steelers fan of “Roadside Bonding,” all serve to illustrate the absurdity of Matcho’s job. Yet he is ever aware of how much he and his family depend upon the sale of gag gifts to put food on the plate and pay for school costs. It’s a situation that’s rife for comedy.

In the nakedly honest “Left,” though, Matcho dispenses with humor altogether and instead stares down his own demons while recounting the time he briefly abandoned his wife and child. It’s here more than anywhere else in the collection that Matcho distinguishes himself as a serious writer. All of the jokes and grotesques from the previous essays congeal into the heartbreaking morass of this story of a young man finding himself totally out of his depth and unprepared for the rigors and responsibilities of adulthood. It is here that the novelty store’s surface sheen of goofiness is ripped away like a Band-Aid from a fresh wound, confronting the reader with the true stakes of life and work. With “The Novelty Essays,” Matcho proves himself to be as much tragedian as humorist, which is to say he is a true artist. 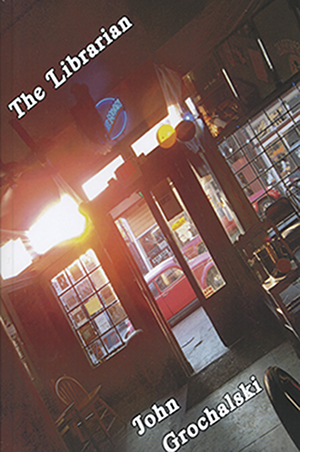 Rand Wyndham, the misanthropic hero of John Grochalski’s first novel, has a problem: He doesn’t want a job. He would much rather while away his time at Rooney’s Pub, his favorite Bay Ridge dive bar. But there are bills and rent to pay, so Rand begins a Homeric quest through the offices of New York City for gainful employment that won’t crush his soul and drive him crazy. Easier said than done.

Think of “The Librarian” as “A Confederacy of Dunces” if Charles Bukowski had written it. Rand, who put the kibosh on his career as a librarian (hence the title) when he head-butted a colleague, suffers through a series of workplace misadventures and indignities before returning every evening to the dirty oasis of Rooney’s, where a well-drawn cast of regulars brawl and bawl the night away.

The humor is raw and the drinks stiff; Grochalski serves as a knowing tour guide to the world of bad jobs and diminished expectations.