Against a backdrop of stunning images, 'Teenie Harris, Photographer' contextualizes the work of an African American pioneer. 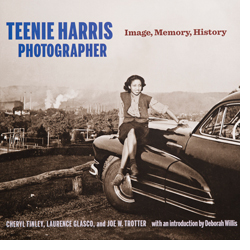 Among the myriad of wonderful photographs to be found within the pages of this outstanding book is a shot of three men gathered around a scuffed, old upright piano. All three men — jazz greats Duke Ellington and Billy Strayhorn, and famed dancer Charles “Honi” Coles — are smiling as if someone had just regaled them with the funniest joke they had ever heard. Coles is perched on the piano back, and Ellington is attempting to free a piece of sheet music from under the man’s legendary feet.

The almost offhanded nature of the photo, the casual familiarity with which the men are observed, suggests they’ve been snapped by an old pal, not a professional photographer.

Closer inspection reveals a serious artist at work. The diagonal on which the men are positioned, the horizontal frame of a lowhanging pipe above their heads illustrates that Teenie Harris was not the flashy sort — but then he knew that sort of bluster was unnecessary.

Charles “Teenie” Harris took thousands of photographs during his career, mostly for The Pittsburgh Courier newspaper, but also as a freelancer and the owner of his own studio. Harris documented the African-American experience in Pittsburgh as no other artist had done. Perhaps only August Wilson is his peer. Teenie Harris, Photographer: Image, Memory, History is the companion book to the current retrospective of his work on display at the Carnegie Museum of Art through April 7.

The book not only offers a generous, and beautifully reproduced, collection of Harris’ photos, but also contextualizes that work in terms of the history of Pittsburgh, specifically the Hill District.

The included essays also go a long way in positioning Harris’ extraordinary art in regard to his contemporaries (such as Lewis Hine and W. Eugene Smith), who also made extensive photographic studies of Pittsburgh. 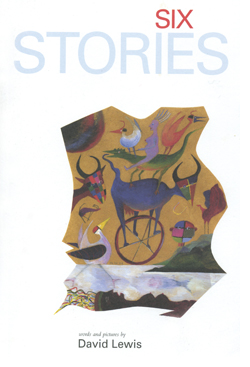 In his preface to Six Stories, author and artist David Lewis recalls his boyhood in South Africa and the wonderful bedtime stories his grandmother told to him. These were strange tales of fish and birds, spiders and snakes. Later, Lewis tells us, he discovered that many of those stories were far older than he had known.

Lewis engages with this oral tradition of storytelling in this slim volume, acknowledging that the roots of his own stories doubtlessly originate in that same collective aether from which sprung his Granny’s nighttime yarns.

Lewis’ stories also concern themselves with the doings of wily insects and animal royalty, but with a thoroughly modern aesthetic. For example, much of the humor in the story “Nests,” about the social divisions between green birds and yellow birds nesting in one particular tree, is in observing the scientists, musicians and artists who have made their careers observing the birds.

The story explores social integration and simultaneously tweaks sociology. Perhaps the finest of the tales is “Pelwaneng”, a beautifully poetic and moving love story concerning a young girl and the king of the fishes.

For all its brevity, themes of romance, politics, aging and death are woven together to profound effect. Lewis, a talented artist, provides gorgeous illustrations for each of these lovely stories.