Reviews of a new book about the history of shopping malls –– with special attention paid to a Pittsburgh-area mall that was home to a bunch of zombies –– and another that is a must for graveyard enthusiasts and budding zombie hunters. 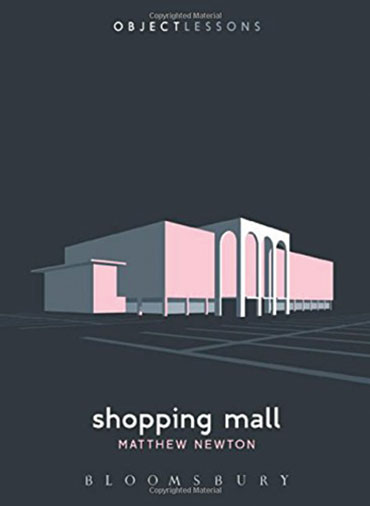 They’re coming to get you, Barbara.

With those fateful, menacing words spoken in the Evans City Cemetery in Butler County, filmmaker George A. Romero launched a zombie plague upon the world that shows no signs of abating. In July, Pittsburgh lost one of its most famous sons when Romero, the director of “Night of the Living Dead” and many other films, died at the age of 77. If you require any proof of just how influential Romero’s work has been, just count the number of popular television shows and movies still being produced (with seemingly increased frequency) featuring the undead.

In 1977, Romero began filming the sequel, “Dawn of the Dead,” at the Monroeville Mall. That shopping center takes the spotlight in Matthew Newton’s “Shopping Mall,” a book-length essay on the history of malls, mall culture, and Newton’s personal experiences of Monroeville Mall as a kind of second home when he was growing up.

Newton quotes from a BBC interview with Romero on the topic of malls, “My impression of walking through [Monroeville Mall], going through this sort of ritualistic, unnatural, consuming experience, was that we really do become zombies in here. And the way the music was lulling … everything about it was just so hypnotic. It seemed like nothing was real in there.”
Romero may have found a nightmare of American consumerism at the mall, but Newton offers a more benign experience: “Generations have come to know the shopping mall through personal, often highly emotionalized transactions — from small children who play in the wide open atriums to teenage boys fawning over girls in the food court; from adults who seek refuge from the summer heat to retirees in search of early morning exercise … the institution itself has come to transcend the mere act of shopping.”

Newton’s mother worked in the Gimbels department store at the mall, and this personal connection to the place makes “Shopping Mall” much more than a straightforward history or critical study, although it is very much those as well. Newton’s affection for the mall shines through; “Our family was happy at the mall. Part wonderland and part bazaar, it was a place that had nothing we truly needed yet everything we wanted. … And at some point it almost became our family’s second home, one of the places we felt most comfortable in our lives.”

Newton also explores the dark side of contemporary mall culture, particularly the mall as an increasingly frequent site for violence. The outbreak of fights among large groups of teenagers and mass shootings are unflinchingly explored.

“Shopping Mall” is for anyone who enjoys intelligent, thoughtful writing. It is surprisingly emotional for a book nominally about an impersonal space. It’s safe to say this is the very best book I have ever read about a mall. 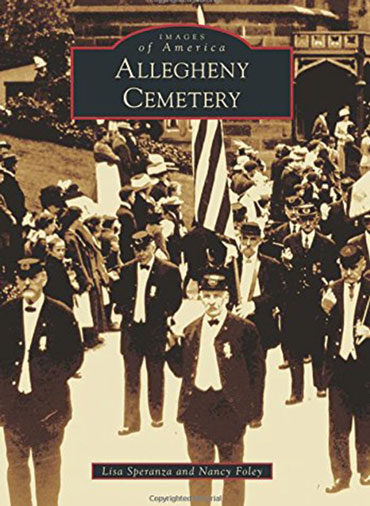 Looking for more ghoulish Halloween fun? Check out Lisa Speranza and Nancy Foley’s “Allegheny Cemetery,” part of the “Images of America” series. Fact-filled and loaded with great photos, it’s a must for graveyard enthusiasts and budding zombie hunters.

Oct. 16/ National Book Award-winning author, poet and filmmaker Sherman Alexie visits Pittsburgh Arts & Lectures to commemorate the 10th anniversary of the publication of his novel, “The Absolutely True Diary of a Part-Time Indian,” as well as his recent memoir, “You Don’t Have to Say You Love Me.” The Native American writer canceled several earlier dates on his tour for the memoir “citing depression and his belief that his mother’s ghost has been haunting him since the book was published,” according to The Guardian. (Carnegie Music Hall, 4400 Forbes Ave., Oakland; 412/622-8866, pittsburghlectures.org)