A tribute to the legendary University of Pittsburgh creative writing professor. 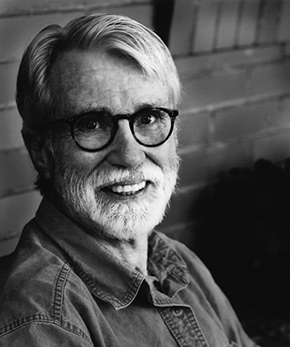 In my near-decade of working at the late (and much-lamented) Jay’s Book Stall in Oakland, I had the great pleasure to meet many authors as they passed through Pittsburgh on national book tours. Speaking with Pulitzer Prize-winner Richard Ford and shaking the hand of personal hero Kurt Vonnegut are experiences that will stay with me forever.

But the authors who made the most lasting impression on me had to be the local scribes who used to visit during their lunch breaks to sign a stack of books. Chuck Kinder, K. C. Constantine and Terrance Hayes were not only members of that great community of writers I wished to one day join, but they were also a part of my community — people I would bump into on the street.

Sadly, we lost a truly great member of both communities in April. Lewis Nordan (or Buddy, as most folks knew him) passed away at the age of 72. For 20-plus years, Nordan taught creative writing at the University of Pittsburgh. If you happened to be a student in the department during his tenure, then you know that Buddy was legendary as an instructor. If you did not have the opportunity to study under him, then you can take comfort in knowing the man through his extraordinary books.

Starting in 1983 with Welcome to the Arrow Catcher Fair, a short-story collection, Nordan would go on to publish two more story collections and four novels. His last book, a memoir titled Boy with Loaded Gun, appeared in 2000. His work married the dark Southern Gothic sensibility of Flannery O’Connor with the more fanciful magical realism of Gabriel Garcia Marquez. In Nordan’s world, mice form choirs, Santa Claus restores a woman’s voice and a vision of the future appears in a raindrop. In the fictional town of Arrow Catcher, Miss. (loosely based on his childhood home of Itta Bena, Miss.), where most of his tales take place, all things are possible.

Nordan repeatedly explored the themes of racism, class, violence and desire. For all the author’s fairy-tale lyricism, his fancifulness is always grounded in an all too recognizable world. The humid murk of the mid-20th century South dampens every page.

There are no duds in Nordan’s uncluttered oeuvre. Each of the novels and stories deepens his fictional world. While all of his books are highly recommended, here are a few personal favorites (each one, published via Algonquin Books, is available on amazon.com):

• A novel composed of connected stories starring Nordan’s alter ego, Sugar Mecklin, Music of the Swamp is probably the best gateway into Nordan country. A sort of Tom Sawyer of the dawning civil-rights era, Sugar’s adventures are rooted in the growing understanding that “(t)he Delta was filled with death.” He and a friend find a body in the lake, a corpse is buried under his house, and his father, a depressed house painter, has attempted suicide with an ice pick. Troubling and beautiful, Music of the Swamp sings like one of Elvis Presley’s saddest tunes.

• Arguably Nordan’s finest novel, Wolf Whistle won the Southern Book Critics Circle Award for Fiction. The book is loosely based on the real-life murder of Emmett Till in 1955, a black teenager who was killed by southern whites after reportedly whistling lewdly at a white woman. Nordan, who grew up not far from where the murder took place, creates a deeply moving meditation on racism and class by allowing his narrative to move through the consciousness of not only the murdered boy but also that of the killers and the extended community of Arrow Catcher, Miss.

• Nordan was always cagey when it came to identifying what was fact and fiction in his work. A great believer that a good story was true even if it was not necessarily factual, Nordan follows that idea to its logical conclusion in his memoir Boy With Loaded Gun. As he states from the outset in his Author’s Note while deciding whether the book was fiction or nonfiction, “It seems to fall somewhere between the two.” Nordan relates his upbringing as well as later heartbreaks such as the loss of two children and his struggles with alcoholism.