Undercover: ‘Raymond Carver Will Not Raise Our Children’

Pittsburgh native Dave Newman’s latest work is a comedy of bad manners that shows the writer’s evolution from his debut novel. 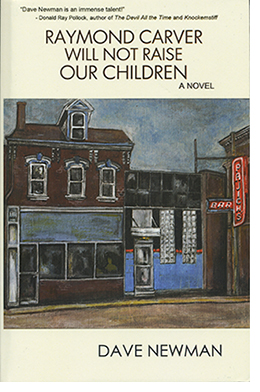 Raymond Carver Will Not Raise Our Children
by Dave Newman
Writers Tribe Books; $16.95

Simply put: Dave Newman is my new favorite writer. This is so much the case that I’m thinking of making T-shirts with that statement emblazoned across the chest.

Raymond Carver Will Not Raise Our Children is his second novel — and it’s a giant leap forward from his precocious teen noir Please Don’t Shoot Anyone Tonight. Newman’s latest concerns itself with people who love books. They love writing them, and they love reading them. Set in the writing department of a local university, Raymond Carver is a comedy of bad manners. Dan Charles is a happily married writing instructor and father of two. He and his wife, Lori (also a writer and teacher), are doing their best to keep their jobs, which don’t even pay the bills (they’ve each taken on second jobs), while raising a family and attempting to somehow find time to pen the books they dream of writing.

At first glance, Newman’s depiction of the inner workings of the university may appear to be an exaggerated parody — but anyone who’s spent time hanging around an English department knows that the depiction of faculty politics and brain-dead students is much closer to a documentary.

What shows through in these pages, well beyond the drunken sprees and academic slapstick, is Newman’s love of being a writer. Specifically, his love of being a writer in Pittsburgh. I can count on one hand the number of books I’ve read that have rendered our city as beautifully, and with as much emotional resonance, as Raymond Carver does. Newman pretty much sums it up when he writes:

“If I could, I would plant myself in this room, in this wall, in this city. You can be anything in Pittsburgh, a stripper, a writer, a student, a bartender, or something else, or everything else, all of it at once, and no one cares, or if they care, they mean it, it’s love. For one hundred years, men walked into fire and made steel. In Pittsburgh, you are tough or you are not. You write or you don’t write. You start hearts or allow hearts to wind down like old clocks. I almost never think about what Pittsburgh means because I know it. I have known it my whole life. There were men and women, and they worked. What we have now is made from that.” 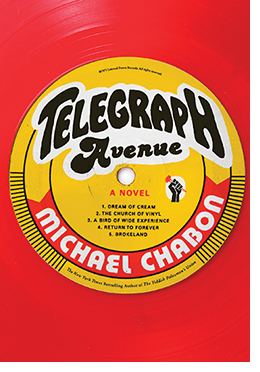 Speaking of favorite sons of the Pittsburgh writing scene, Michael Chabon has returned with a new novel — and I admit I’m flummoxed. This tale of two record-shop owners at the dawn of the big-box store era and their travails as they attempt to ward off the impending arrival of a megastore in their down-at-heel yet colorful neighborhood, Brokeland, is a rickety scaffolding lacking enough foundation to hold up the velvet acreage of purple prose lavished upon it by the author.

By rights, I should love Telegraph Avenue (it is a definite improvement over the Borscht-belt Chandlerisms of his last novel). The whole thing reads like it’s the love child of George Pelecanos and Jonathan Lethem, dropping more arcane pop culture and verbiage than an even more hopped-up Tarantino. But I don’t love it. Characters all speak and think in the same 1970s Marvel Comics and blaxploitation metaphors, even though there’s no reason for some of these characters to do so. From page to page, the verbal fireworks go from distractingly pretty to suffocatingly abstruse.

Ultimately, the characters end up serving the language rather than the other way around. This is not to say there aren’t things here to like. I just wish Chabon would throttle down and allow his characters, and his readers, to breathe a little.