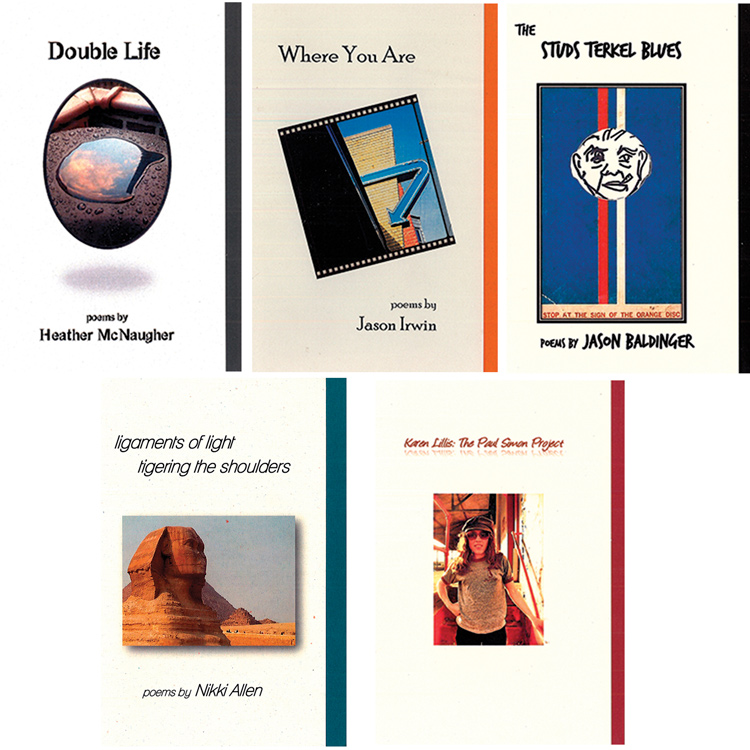 Quick quiz, folks: What’s the first thing that pops into your head when I say, “Cleveland?” Keep in mind this is a family-friendly publication. Hmm, yes — it’s likely to be  “mistake on the lake,” the “burning river” that did in fact happen or a whole deafening chorus of unprintable slurs regarding the more-often-than-not woebegone Cleveland Browns. The competitive one-upmanship between Pittsburgh and Cleveland is well-documented.

You would be forgiven if “poetry” weren’t the first thing you thought of at the mention of C-town. But it’s been well-known for years among the local literati that Cleveland and Pittsburgh (as well as other post-industrial rust belters such as Detroit) share a heavy simpatico when it comes to wordsmithery. Our towns may deal with our mutual grievances in a wide array of balletic bone-crushing out on the football field, but when it comes to the typewriter set, it’s all love, love, love.

Dianne Borsenik has been publishing fine poetry chapbooks since 2011 through her Cleveland-based NightBallet Press. Her mission is to “make books that were as artfully and personally done as the poetry they contained.” The 65-plus titles she’s launched since starting NightBallet are testimony to her personal commitment and to the quality of writing practiced in the too-often-ignored small-press scene.

NightBallet Press recently published chapbooks by five Pittsburgh poets in one fell swoop. It’s uncommon for an out-of-town press to put out the work of so many Pittsburgh writers all together, but Borsenik says she “jumped at the chance.” Considering the quality of the work, who could blame her for her excitement?

Nikki Allen’s ligaments of light tigering the shoulders is a veritable action painting made of words that zing and dash across the page. These are poems concerned with movement and stasis, growing up and venturing out into the larger world, whereas Jason Irwin’s Where You Are is a quiet meditation at middle-age. Irwin’s elegant, prayerful verse confronts divorce, the passing of old friends and the choices made for better and worse.

Heather McNaugher, a professor at Chatham University, splits her Double Life between the cities of Seattle and Pittsburgh. Her poems are filled with the solid things of life — LEGOs, chain stores, men in golf shirts. She even makes her way to Jerry’s Records in Squirrel Hill and determines that “Dickens would’ve dug Jerry’s.”

And Jerry surely would dig Karen Lillis, whose The Paul Simon Project uses each song title from Simon’s classic album "Still Crazy After All These Years" as a prompt to write poems that sometimes reference the songs themselves and sometimes spin off dizzily into uncharted territory. Finally, Jason Baldinger’s The Studs Terkel Blues recounts the blue-collar life of dead-end jobs and disappointing love affairs in what may be the author’s finest, most personal writing yet.

Borsenik describes working with such a wide variety of poets as “absolutely blissful.” She goes on to say of Pittsburgh, “It’s one of my favorite places for poetry readings, very vibrant and diverse and welcoming. I can’t wait to hear new Pittsburgh voices and to hang with and thrill to those poets/friends whose work I’ve already come to love.”

The latest literary events and news:

The Pittsburgh Poetry Exchange, Jan. 24/ The Pittsburgh Poetry Exchange was founded in 1974 to offer a workshop environment to writers pursuing their craft outside of the university system. The exchange, led by Michael Wurster, has called many venues home over the years, including The Famous Rider Cultural Center and City Books. Since 2011, the operation has hung its hat at the Brentwood Public Library. Join exchange members for this reading as they celebrate the publication of a new anthology about Brentwood, edited by Wurster and Judith R. Robinson.
[Carnegie Library of Pittsburgh, 4400 Forbes Ave., International Poetry Room, Oakland; 412/622-3114]

New Prosody Website/  Prosody, western Pennsylvania’s only regularly scheduled radio program featuring local and national writers, has been on the air for more than 20 years. In that time, the program has featured a who’s who of the literary world, from Richard Russo and Gerald Locklin to Kathleen George and Denise Duhamel. Currently hosted by Jan Beatty and Ellen Wadey, “Prosody” airs Saturday mornings on 90.5 WESA FM. Visit the recently updated website, where you can download and listen to podcasts from the most recent program all the way back to 2006.