Ben Lerner's slim novel is an interrogation of an impossible question: What does it mean to be an artist? 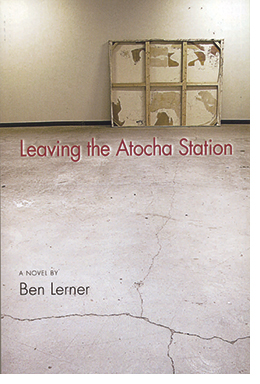 Lately, it seems that whenever I crack open a new novel by a young male author, I’m confronted with the same thing — a central male character who is overeducated (he’s likely to have a philosophy or religious studies degree), somewhat artsy (meaning the character can blithely discourse on modern art, film and literature, and has probably dabbled in at least one of the above sometime in his recent history) and spends most of the novel in a fog of marijuana smoke and/or a blizzard of prescription pills. I find the prevalence of this character type increasingly annoying. Hell, Jonathan Lethem’s career is built on the exegesis of this type of character.

Ben Lerner’s debut novel, Leaving the Atocha Station is another in the long line of such books. Adam Gordon is a young poet living in Spain on a fellowship; when asked, he claims to be writing an epic historical poem based on the Spanish Civil War. Mostly, though, Adam medicates himself, attempts to bed two young Spanish ladies and floats around Madrid in a somnambulant haze. Adam is witness to the 2004 Madrid commuter rail bombing, a mobilising event for the young Spanish artists he spends his time with — but a tragedy for which Adam feels nothing at all, only his own self-awareness at witnessing a historical event.

Lerner, a National Book Award finalist for poetry and a recent visiting Creative Writing instructor at the University of Pittsburgh, uses Adam as a point of entrance to examine the role of poetry and the arts in today’s society. Adam does not believe, or so he claims, that poems (or art, for that matter) mean anything. As he admits, “I had long worried that I was incapable of having a profound experience of art and I had trouble believing that anyone had … I was intensely suspicious of people who claimed a poem or painting or piece of music ‘changed their life.’”

What makes this slim novel compelling is Lerner’s interrogation of what it means, if anything, to be an artist. Where the novel becomes a slog is that, page after page, we are trapped in the company of a character repellent in his inaction and self-involvement. 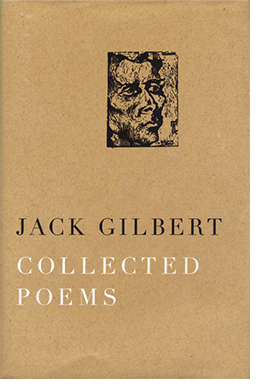 There should be streets in this town named after Jack Gilbert. And I’m not talking little alleyways, but big thoroughfares. Gilbert was born here in 1925, raised in East Liberty and pursued poetry at the University of Pittsburgh with his pal Gerald Stern. Eventually, he made his way to San Francisco, where he lived side-by-side with the Beat poets congregating around City Lights Bookstore. In 1962, his first book of poems, Views of Jeopardy, won the Yale Younger Poets Prize. After this early success, Gilbert entered into a self-imposed exile. He left this country and spent the next couple decades living abroad. He would not publish another poetry collection until 1982. In recent years, his published output has increased even as his health has declined. In 2005, he won the National Book Critics Circle award for Refusing Heaven.

The publication of Collected Poems is cause for celebration. His long-out-of-print early books are reprinted here in their entirety, as well as a large batch of previously uncollected works. His poems are marked by austere beauty, an intense awareness of human mortality, and a deep interest in classical subject matter such as the Greek myths. But his hometown is never far from his thoughts: “The gritty alleys where we played every evening were / stained pink by the inferno always surging in the sky, / as though Christ and the Father were still fashioning / the Earth.”