Undercover: 'Last Call in the City of Bridges'

'Last Call in the City of Bridges' wants to be a compass to Millennials — a work that defines its generation and takes up residence in the national discussion. 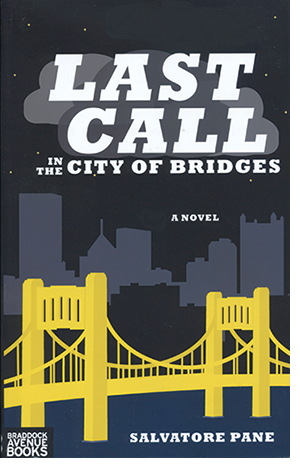 Last Call in the City of Bridges
by Salvatore Pane
Braddock Avenue Books; $16

Ernest Hemingway, Jack Kerouac and even Douglas Coupland, among others, all looked at their own lives and those of their friends and saw the spark of the new. Each of these writers witnessed a shift in … let’s call it the national consciousness (or zeitgeist). The mythology surrounding Hemingway and Kerouac in particular created an irresistible allure among young writers to look at one’s own milieu and try to parse out what makes this moment — and these people — unique.

Add to that august list of litterateurs Salvatore Pane’s name. Last Call in the City of Bridges wants to be a compass to Millennials (aka the media-saturated, tech savvy children of the late 1980s) — a work that defines its generation and also takes up residence in the national discussion. As youthful wordslinger Pane writes, “Every generation has a moment that so perfectly crystallizes their time and place that it’s looked back on as a watershed event, the precise second when that era’s youth stood proud and united and free.” He goes on to say, “It may surprise you to learn that our moment has already passed, that our defining moment didn’t happen all at once but spread virally, something characteristic of our very natures.” That Woodstock of Generation Y he’s talking about? Facebook.

Our guide through this nexus is Michael Bishop, a Virgil of the virtual; he’s a cubicle jockey who earns his bread proofreading DVD subtitles, but he cannot read the subtle grammar of his closest friends’ emotions. The cracking and eventual collapse of Michael’s wise-cracking, cynical facade, like watching the slow motion demolition of Mellon Arena, is compelling in itself and nicely rendered in Pane’s clean prose — but whether it contains any deeper resonance is open to debate.

It is serendipitous that Last Call in the City of Bridges should appear at this particular moment. The 2008 presidential election, and the hope and togetherness Obama’s victory created across a great swath of this country, particularly amongst the young, frames the novel. The scars Bishop earns during the novel, though, feel more emblematic of the national mood after the rancorous and exhausting 2012 election. 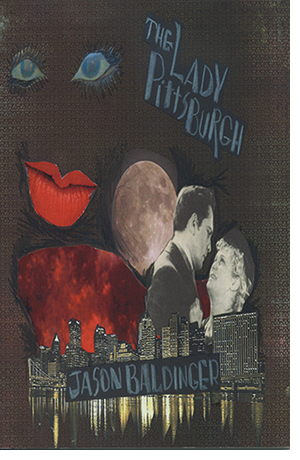 Jason Baldinger’s poems are as large of heart as they are of voice. A descendent of Whitman’s “barbaric yawp,” The Lady Pittsburgh is jazzy in its language and operatic in its emotional scope. Baldinger offers a vision of our country as witnessed in neighborhood dives and through the dust-clotted windshield of turnpike travels. His Miss America “sings karaoke in tears, dedicates tunes to whoever holds her up,” while Bigfoot signs “autographs / at the / Fox Chapel Country Club.”

The middle passage of this collection is a surrealist dreamscape of Pittsburgh large enough to contain everything from the Homestead Works to Meriwhether Lewis, Dodo Marmarosa, the gangster Sweet Sal and whole worlds of Pittsburgh lives and legends.

The Lady Pittsburgh is a post-industrial psalm, at once a long moan blues and a boozy supplication. These poems exist in the overlap between myth and history, and that is where we discover truth — the place where all serious poetry lives. Baldinger has crafted a spiritual history of our times with Pittsburgh as its moral center — a ragged and raging road trip to the absolute center, where we find our Valhalla is a workingman’s bar lost somewhere in the American rust belt.