Plus, Jessy Randall and Daniel Shapiro's 'Interruptions' takes poetry back for the masses. 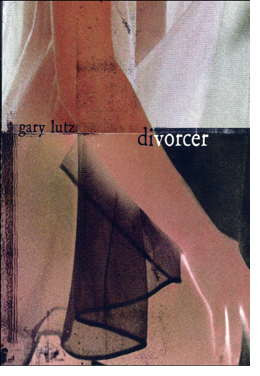 This is a collection of seven short vignettes told from various first-person points of view, all of which detail the disintegration of the speaker’s relationship with his or her romantic partner. Alas, even though each piece in Divorcer is purportedly told by a separate character, the voices are indistinct and, somewhat bewilderingly — considering the fevered pitch at which the prose has been heightened to — quite affectless.

Lutz writes in a style best described as artful clutter, a descriptive mélange that often feels like its doubling back on itself. A town is described thusly: “Its peopling lived in it in couteous unrest, cowering before they said to hell with it and gave you unnatural human nature in a nutshell, unscared.”

A nonverbal utterance is microscopically parsed: “It was a sound that had a little bit of everything in it — you wanted to pick out the parts that were just exhilarants and keep them valued segregatedly from the parts that were accusation far and wide, and then see what else you had in there that was going for you or against — but all of it came at you in a cry that was exhaustive suddenly, and she kept making the sound again and again and plentiliy again.”

All of which is to say that in its peculiar way, this is a near-perfect representation of a certain sort of disappointing love affair. It’s a chronicle of the kind of canoodling that goes almost comically bad, rendering us not speechless but rather morbidly verbose in our flailing, ineffectual attempts at explaining “what went wrong” to all within earshot.

The sameness of the voices only goes to reinforce the parity of the emotional experience whether that person is man or woman, gay or straight. The book is a conundrum. Taken on its own terms, it’s quite successful, and yet it remains something of a head-scratcher. 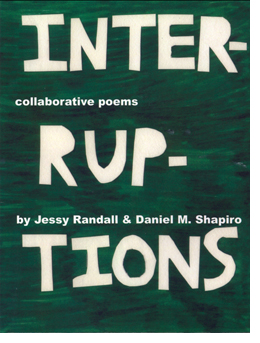 The most common assumption about modern poetry is that it is academic, stodgy and insular — a private language that requires familiarity with multiple references if the average reader is to have any hope to glean a droplet of meaning from the cascade of language.

And while there are poets whose trade is clever obfuscation, most poesy slingers are concerned with clarity and connecting with their readers, not alienating them.

Jessy Randall and Pittsburgh’s own Daniel M. Shapiro have joined forces, wonder-twin fashion, to create a lively, playful collection of poems in Interruptions that openly invites all of us to dive in and join the party.

There’s no need to consult Homer to get where the poem “Trashy” is coming from — “I was wearing my trashiest / tube top, yet he didn’t / open his arms. He didn’t / ask for anything, or feel / any part of me in any way! / What was wrong with him?”

You are not required to have lived in Prague and dined at a particular hard-to-find bistro to share the experience of “Making Conversation” — “I can’t believe those Wildcats. / Can you? Are you a football fan? / Not so much, huh? Oh. Well.”

Randall and Shapiro are on a mission here to return poetry to the general reader, and conversely to return the language and experience of everyday people to poetry itself. This is an open-handed invitation to both readers and poetry to come have a good look at each other and remember just how much common ground exists between the two.

This article appears in the January 2012 issue of Pittsburgh Magazine.
Categories: Things To Do