Go behind the music at the defunct (and now reborn) Mr. Roboto Project, a venue that welcomed Bright Eyes, Ted Leo and more. 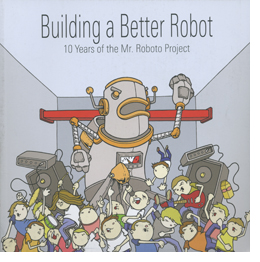 In my livelier days as an underage youth, I spent many an evening with my closest friends watching bands make noise in a small club that shall remain nameless. The club is long gone, but its particular odor sticks with me. Even now, when spinning some record by one of those long-lost bands of yore, my head is once again filled with that aroma and my memory is assaulted, not unpleasantly, with great visions of being so very young.

The Mr. Roboto Project, formerly located at 722 Wood St. in Wilkinsburg, reminded me a lot of that old dive I loved so much. The energy of the Roboto crowd, the great crashing noise of the bands and, most of all, the humid funk of the place all marked Roboto as a place that would long dwell in the memories of the folks who congregated there. Inspired by similar cooperatively run venues around the country —  such as 924 Gilman in Oakland, Calif. —  Roboto was the brainchild of local punk rockers Mike Q. Roth and Eric Meisberger.

Building a Better Robot: 10 Years of the Mr. Roboto Project lovingly recounts the history of the venue and gives voice to many of the people who made the Roboto community just that, a community. There are tales of the bands that came through (Bright Eyes and Ted Leo, among others), the basement floods and so much more. The book is filled with photos and old show fliers — plus, there’s a DVD containing tunes and performances from 37 of the bands that called Roboto home.

The latest incarnation of the Mr. Roboto Project recently opened its doors in a much larger space at 5106 Penn Ave. in Bloomfield. 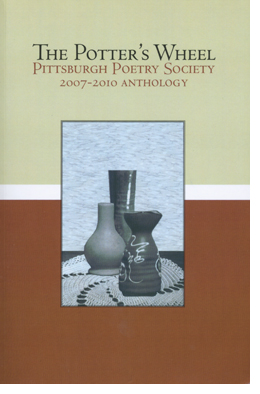 While not as raucous as the Mr. Roboto Project, the Pittsburgh Poetry Society has a storied past of its own. Originally founded as a local chapter of the Poetry Society of Great Britain and America in 1924 by writer Marie Tello Phillips, the group severed its ties in 1956 and officially became the Pittsburgh Poetry Society. According to Fred Peterson, current Society president, “Our purpose is to promote the appreciation and writing of good poetry through a supportive fellowship of all members.”

For a display of that mission, look no further than The Potter’s Wheel – Pittsburgh Poetry Society, 2007-2010 Anthology. The poems included were chosen by the judges of monthly and yearly contests in which Society members participate. This latest edition of The Potter’s Wheel, published regularly since 1939, offers a sumptuous selection of locally sourced wordsmiths. Various styles from villanelles to free verse to rhymed couplets populate these pages.

Opening The Potter’s Wheel to any page reveals wonderful discoveries, such as Edna Machesney’s “Shy Little April”, the whole of which reads, “standing in her / dampened dress / smiling through / her tears.” Or the poignant constriction of Dorothy Holley’s “Where the Fox Ran Free”: “Unhappy as a child / I created in my mind / a place to live / alone in the woods / among the tall grasses / where the fox ran free,” which is as succinct and fine an explanation of where poems come from as I’ve ever read.