Undercover: 'Breakaway: The Inside Story of the Pittsburgh Penguins' Rebirth'

Andrew Conte weaves a tale as edge-of-your-seat as any thriller, starring such larger than life characters as Mario Lemieux, Don Barden and Ed Rendell. 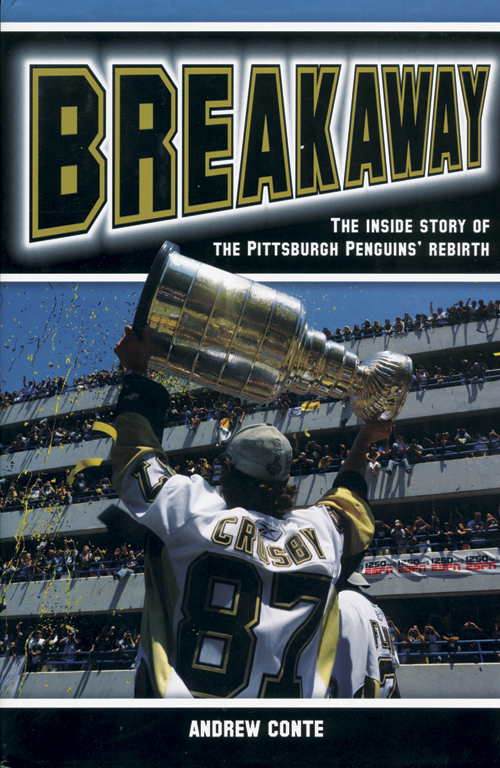 Breakaway: The Inside Story of the Pittsburgh Penguins’ Rebirth by Andrew Conte; Blue River Press; $22.95

The warm glow of nostalgia currently surrounding the steel bubble of the Civic Arena — sorry, Mellon Arena (showing my age here) — that’s being slowly disassembled is a strange phenomenon. No matter the number of “Dome, Sweet Dome” T-shirts piled high across Strip District tables, the fact remains that the arena was never a good venue for watching any of the various events held beneath its silver vault. Sports, rock concerts, circuses and even monster truck rallies — all were poorly served by a site meant to be a space-age marvel, which felt more like a leaky tin can. Woe to the Pittsburgh Penguins, then, who more than any other called the arena home.

Andrew Conte, a reporter for the Pittsburgh Tribune-Review and journalism instructor at Point Park University, tells the tale of the once woebegone hockey club and its efforts to stay in Pittsburgh and secure a new state-of-the-art facility. The city government was central in finding the public funds for the new stadiums for the Steelers and Pirates but refused to come to the Penguins’ aid. Thus, Conte weaves a tale as edge-of-your-seat as any thriller, starring such larger than life characters as Mario Lemieux, Don Barden and Ed Rendell.

Conte tells the parallel stories of Rendell’s opening the state to casinos as a desperate attempt to increase tax revenue and Lemieux’s move from star player to owner of a nearly bankrupt Penguins organization. Along the way, Conte entertains and elucidates the reader with the inner workings of just how Barden won the casino rights over more obvious contenders like the Isle of Capri, how the Pens were able to wrangle a deal for what would become the CONSOL Energy Center out of the bidding for casino rights and even how Evgeni Malkin secretly escaped from Russia.

Breakaway: The Inside Story of the Pittsburgh Penguins’ Rebirth isn’t just for hockey fans. It’s a fast-paced nail-biter that keeps the pages turning at a furious clip. 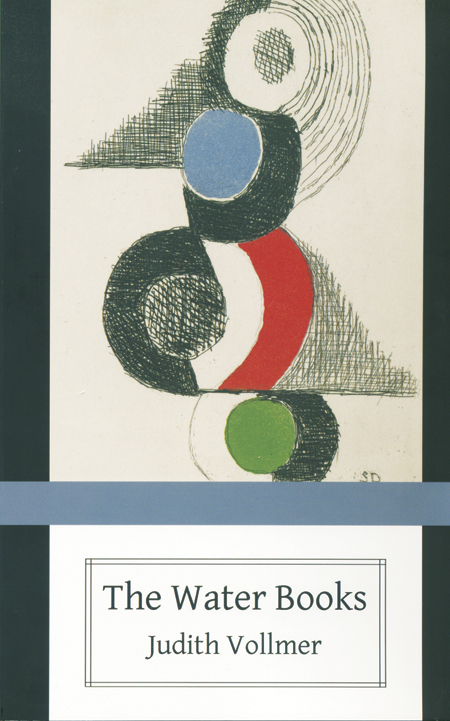 Just as Tip O’Neill’s maxim holds true for politics, so, too, we can safely say that all poetry is local. He of the shiny red schnoz probably didn’t have iambics and free verse on his mind when he coined the phrase, but I think it safe to appropriate O’Neill’s gist when considering Pittsburgh poesy.

Poetry is widely held to be such a rarefied art form that, outside of classrooms and writers’ workshops, it is seldom read. Certainly, the audience for prosody exists slightly to the left of the general readership. This is an unfortunate and rather recent development in the literary world, the shifting of poetry to outsider status. The most common lament I hear from our local poesy-slingers is a lack of new faces showing up at readings. Exposing a wider audience to the work of our poets is an ongoing project among the Pittsburgh literati.

Which brings me to Judith Vollmer’s stunning The Water Books and our local vernacular. Vollmer, who teaches at the
University of Pittsburgh at Greensburg, is engaged in the shared enterprise of our versifiers — an exploration of Pittsburgh as we currently understand and experience it, and an imagining of Pittsburgh as it was and may yet be.

The quotidian griminess of “Cleaning the Alley,” where “I’m sweating breathing / bargrease & diesel & sucking lungfuls of heavy- / metal dust,” segues into the deliquescent dreaminess of “A Pittsburgh Novel”: “It’s the street coming into the house, rolling in on its blonde bricks & faceted / cinders, delivering a dozen more names for wine, for water.” Vollmer’s elegant lines allow for the hard reality of watching the return of our war dead in “On the Tarmac at Dover Air Force Base, 2006” as well as the private spiritual introspection of “Hole in the Sky.” Vollmer is one of our finest poets, her verse both intensely personal and universal. Her poems take Pittsburgh as their base and move fluidly ever outward into the wider world.