Undercover: 'A Man Above Reproach'

Evelyn Pryce crafts a thoroughly rousing tale with crackling dialogue — the sort that would not be out of place in an old episode of “Moonlighting.” 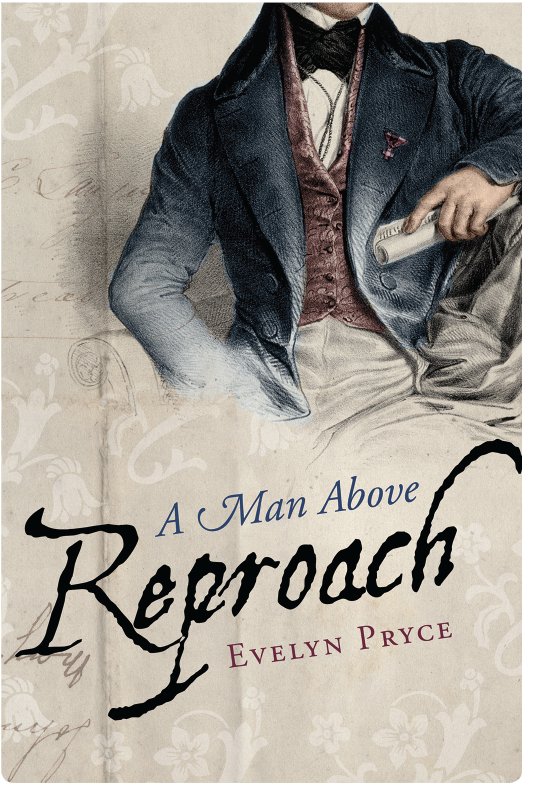 Ah, romance! In these short,  dark days of the deep winter, what more than a crackling, blazing hearth can warm us? Take heed, dear reader, for in our very midst in this ice-crowned city of cold steel there is an author whose ballpoint verily surges with the hot stuff of amour. Evelyn Pryce (the pen name of author and musician Kristin Ross) knows well that most tender and bitter of games, that messy dance of courtship. In the pages of “A Man Above Reproach,” she spins a yarn that both tweaks and satisfies an often-maligned genre.

Elias Addison, the freshly ascended Duke of Lennox, is a brooding, scholarly sort of fellow; he’s a little more bookish but just as volatile as Mr. Darcy. Elias’ best friend drags him reluctantly to the notorious bordello called The Sleeping Dove for a much-needed night of relaxation and entertainment. Not typically a habitué of such an establishment, Elias’ initial response to the Dove is negative, to say the least: “He thought his peers did despicable deeds simply out of abundance and boredom. His father had been such a man. They let their estates run into ruin while they occupied themselves in the pursuits of momentary satisfaction. They strained against the strict rules of society, which made no allowance for their appetites, and they needed places such as this where the patronesses and wives did not exist. There was a part of Elias that understood this intimately and another part that felt disgust.” For all that, Elias is immediately struck dumb at the sight of the bewitching pianist nicknamed the Bawdy Bluestocking, aka Miss Josephine Grant.

The course of true love never runs smoothly, to paraphrase The Bard, who certainly knew a thing or two about the sport of wooing. Josephine has secrets aplenty: By day, she runs a failing bookshop and is the author of the political tract “On Society’s Ills and the Real Price of Prostitution.” She also conceals the girls from the bordello in danger of being sold as concubines to the rich and powerful of England. Furthermore, Josephine is hiding from dark family misadventures. Obstacles must be overcome, including those aforementioned stringent rules of class-bound English society circa 1832.

Pryce crafts a thoroughly rousing tale with crackling dialogue — the sort that would not be out of place in an old episode of “Moonlighting.” Elias and Josephine bicker and banter with wit throughout the book. This is no soft-edged, soppy Harlequin Romance; rather it’s a very adult view on romantic relationships. For all the period detail woven into the story, “A Man Above Reproach” is decidedly modern in its take on class and gender.

Did I mention all the racy elements? Pryce understands the eroticism of physical love delayed. She builds toward the moments of unbridled passion with a very sure, calculated hand. When we do get to the carnal heart of things, Pryce strips away any softcore impulses and shows the sharp, hungry edge of her characters’ exuberant desire.

I can’t say I’ve read many romance novels in my day, but after reading “A Man Above Reproach,” I’ll be on the lookout for more of Pryce’s books. Perhaps this is the best compliment I can give: My wife grabbed the book from me one Sunday afternoon and devoured it in one sitting while I was left to the clumsy play of a disastrous Steelers game. Of the two of us, she spent her time in more congenial — and ultimately satisfying — company.