These Pittsburgh couples incorporated different types of lighting into their wedding days to get creative with their photos. 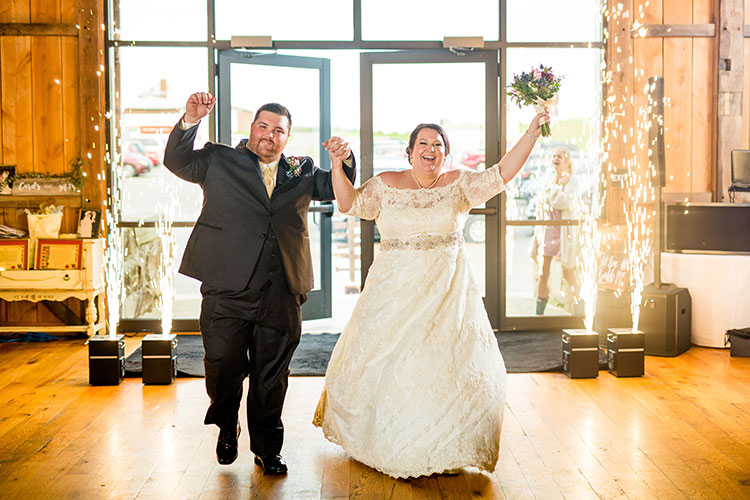 At the pair’s wedding on Oct. 6 at White Barn in Butler County, two cannons were used during their entrance to the reception.

“One of Nick’s friends is a fire marshal and he said, ‘What the heck is that? We’re in a barn,’” Carly remembers, but DJ Adam from PowerBomb Productions assured them that the sparks were safe, similar to those Lady Gaga and other stars use on-stage.

“Nick says it was like his rock-star entrance — he felt like Motley Crue coming in or something,” Carly says. 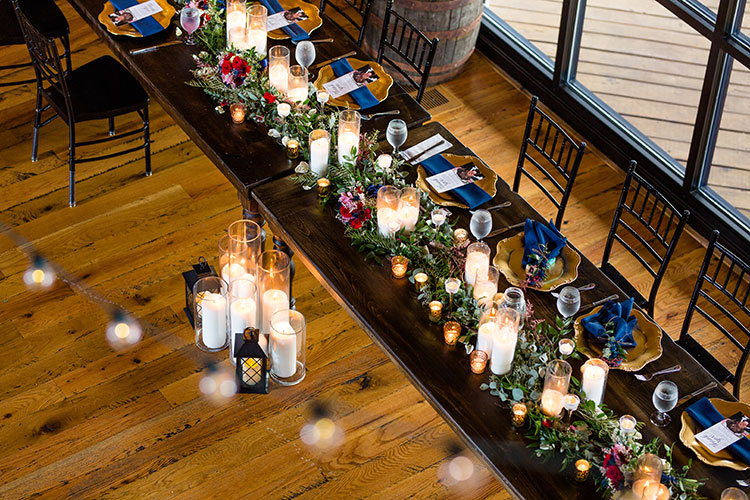 Extra lights, such as sparklers or candles, can add an exciting or romantic element to a venue, one that can translate especially well in wedding photos.

“You want to capture the atmosphere, but you want to make sure it’s well-lit,” says photographer Jenna Hidinger, who shot the Hartzells’ wedding. “It’s really important to communicate the style and aesthetic of the wedding to the photographer.”

Throughout the reception venue, the Hartzells, who live in Monroeville, set up between 200 and 300 candles with the help of their wedding planner, Emily Capitano of Em & E Events.

The candles, placed in glass vases, decorated the head tables as well as all of the guest table centerpieces.

“We did not leave a candle untouched,” Carly says, adding that her biggest advice is to hire vendors who understand what you’re envisioning. “You have to feel comfortable, and that day there’s so much going on that the last thing you want to think about is: ‘Are the flowers here? Are the candles out?’”

By hiring professionals you can count on, “you can focus on the most important thing and that’s marrying your best friend.” 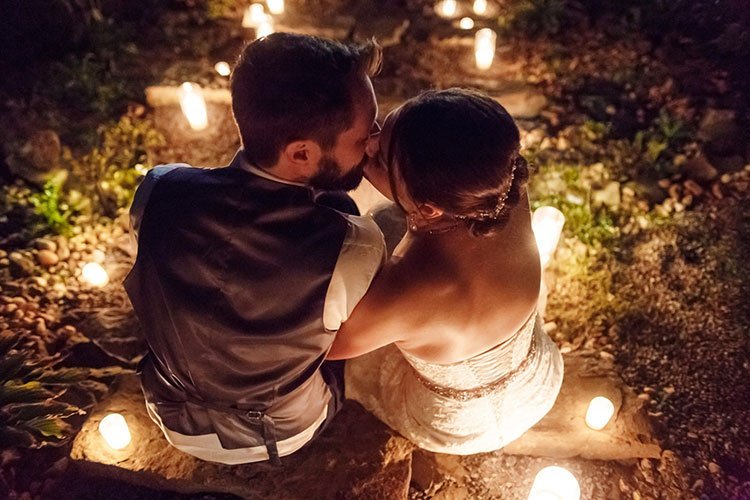 Candles started as centerpieces during Brandi and Brian Jack’s cocktail hour then became a warm accent to stone steps at twilight.

At the Plum couple’s wedding on Sept. 22 at Deertrak Golf Club in Kittanning, photographer Angie Candell knew they wanted some photos outside at night.

“I’m always up for doing something creative like that,” Angie says. “It gave it a very real feel, even though it’s fairytale-like.”

The couple cherished that twilight  image so much that a large print is now hanging above their bed.

“You have to make sure you have the right photographer,” says Brandi. “It takes somebody who really has an eye for lighting and someone who knows how to use their camera.” 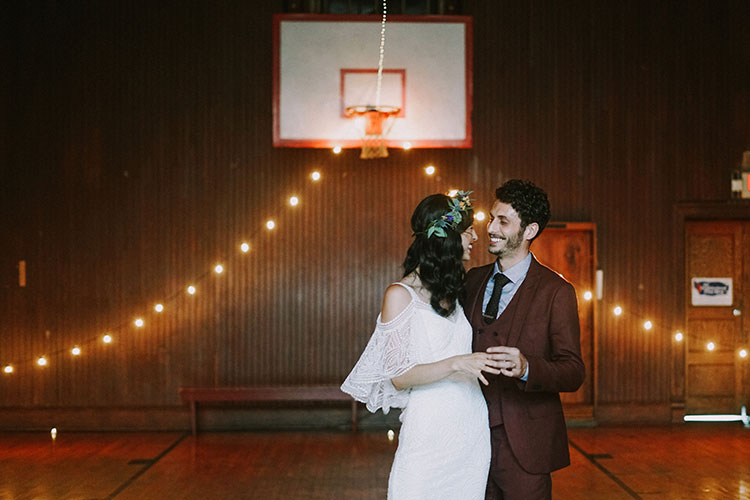 When photographer Ben Petchel noticed the natural light coming in a window at the Braddock Carnegie Library, where Ashley Frohnert and Tony Safran celebrated their wedding on Sept. 2, he used it, along with bistro lights strung across the gym, in their photos.

“It’s a really cool place,” Ashley says. “We barely had to decorate because it’s so beautiful as is.”

Ben jokes he waxed the floor to play up the reflection of the lights, but he really did help the couple, who live in Los Angeles, hang the lights.

“It felt raw and real and authentic,” Ben says. “It wasn’t anything crazy-staged. (More like,) let’s just walk around and let their personalities shine through.”

His advice to couples is to think outside the box, whether with the venue, lighting or photos.

“Don’t hesitate to stray off from the norm,” he says. “You can do it differently.”