Where to sit, eat, drink and park at PNC Park, CONSOL Energy Center and Heinz Field, according to the city's best bloggers. 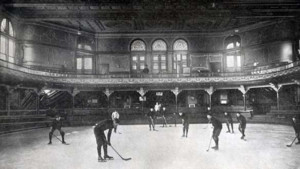 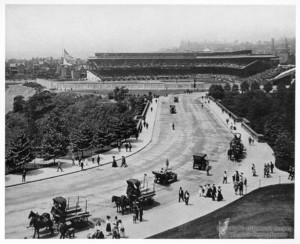 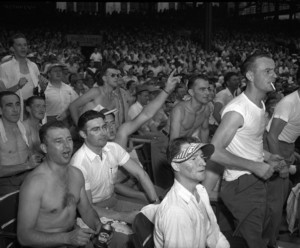 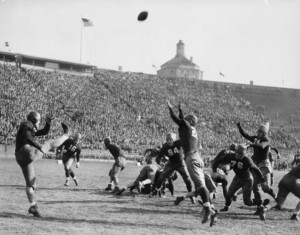 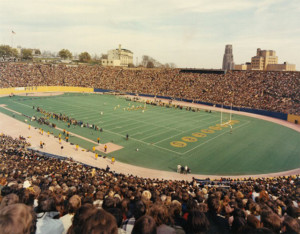 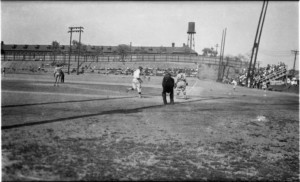 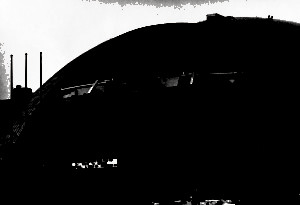 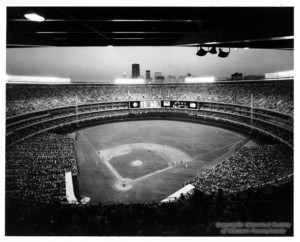 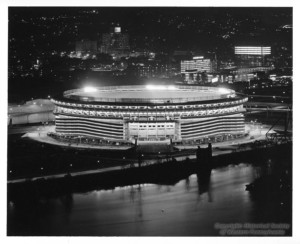 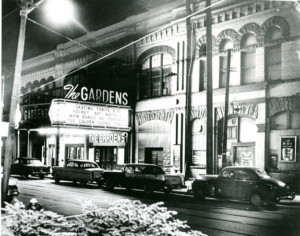 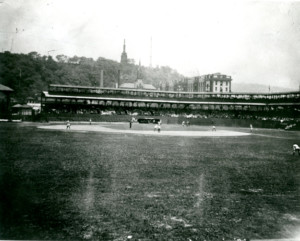 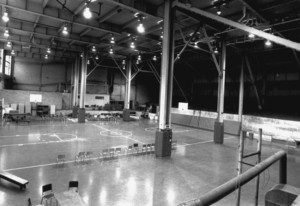 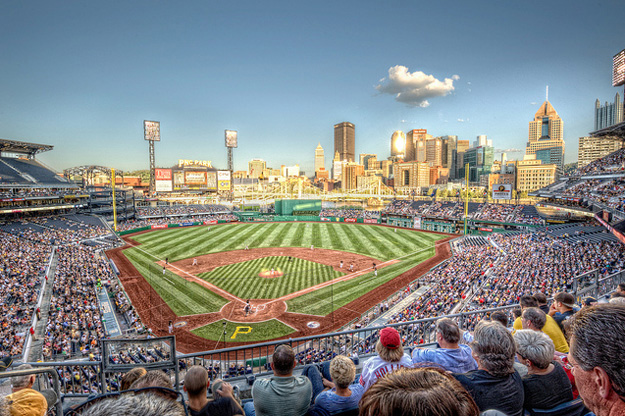 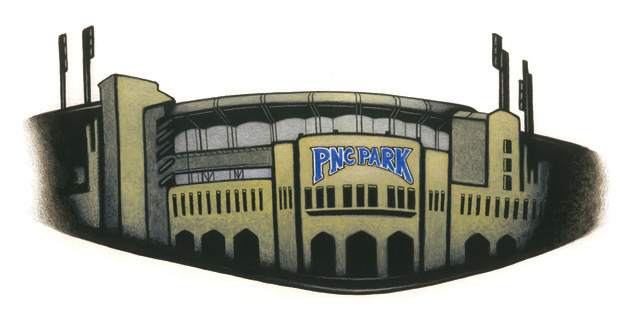 There’s no bad way to see a baseball game at PNC Park. You can slide into a North Shore parking garage and grab a slice of pizza at Vincent’s while watching whatever pregame festivities are taking place on Federal Street. Or you can hop into one of the bars around the park — Mullen’s and Soho are good choices. On weekends, tailgate parties stretch all the way to Heinz Field.

Fans say that every seat at PNC Park is a good seat, and while that’s true, what you’re trying to do can make certain seats better than others. My favorite seats for sitting back and watching the game are the Outfield Reserved seats on top of the right field wall (sections 142-145), as close to the railing as possible. The 21-foot wall gives you a nice perch that results in near-perfect perspective for a baseball game — plus, they’re reasonably priced (usually around $20).

What you can’t do from the outfield, though, is see the skyline. If you’re more interested in taking in the sights, you’ll want something in the infield boxes or the grandstand. Opt to sit along the third-base line, and you’ll have an incredible view for fireworks.

If you didn’t get your food or drink outside the park, there are a million places to go inside. I’m a bit of a hop-head, so I usually make my way to the Beers of the ’Burgh stand across from the Budweiser Bowtie Bar at the end of the concourse down the first-base line. Beers of the ’Burgh is always stocked with microbrews — and if you’re going to pay $7-$10 for a beer, get something good. The food options are endless, but I always try to swing by Manny’s BBQ; on many nights, you can catch legendary Pirates catcher Manny Sanguillen hanging out at his signature snack stand, signing autographs and talking to fans.

The best part? The Pirates are almost always better at PNC Park than they are on the road. Even during 2010’s brutal 57-105 year, the Pirates won 40 times at PNC.  — Pat Lackey, whygavs.com; illustration by Jordan Merchant

“Pittsburgh fans are unique in that if you as a pro athlete will reach out a foot-and-a-half, they’ll reach out a mile-and-a-half. You can relate to them, and they relate back.” —  Pirates color analyst Steve Blass

Bar Hopping At and Around PNC Park

When making a night of a Pirates game, there are two guaranteed stops. Park your car down at Rivers Casino — it’s free, except for Friday and Saturday games (and even then, it’s cheaper than most lots). Arrive early and grab a drink at the Drum Bar, or have dinner at Wheelhouse, which is quickly becoming one of the city’s liveliest sports bars. Stroll out the front door and enjoy the easy walk from the casino to PNC Park.

Inside the stadium, your home for pre-game, post-game, rain delays and lopsided blowouts is the Hall of Fame Club under the scoreboard in left field. Take your pick: You can be seated for table service, pull up a stool at the bar or order a drink and wander over to the windows offering a view of the action. The club also offers some pretty substantial (for the North Shore) beer specials after the game.

You can certainly keep the party going at Rivers en route to your vehicle, but you’ll have plenty of options along the way; your trek will take you past McFadden’s Restaurant and Saloon, Rivertowne North Shore, Jerome Bettis’ Grille 36, and a few more. — Sean Collier

Here’s where you can find local legends in bronze at PNC Park. Make a black-and-gold pilgrimage!

Willie Stargell: outside the left field entrance, opposite the corner of Federal and Isabella streets.

Honus Wagner: outside the home plate entrance, at the corner of West General Robinson Street and Mazeroski Way.

Bill Mazeroski: outside the right field entrance, at the end of Mazeroski Way. 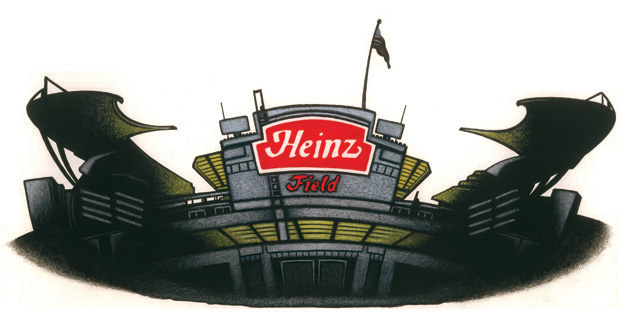 Few cities in America have a better entry point than Pittsburgh’s Fort Pitt Tunnel. Driving across the Fort Duquesne Bridge, there’s a beautiful skyline to the right and Heinz Field — the capital of western Pennsylvania’s deep football heritage — to the left. And on autumn Sundays, the Steelers and their legions of fans gather at the confluence of the three rivers for continued immersion in one of the best fan experiences in all of sports.

Once you’re on the North Side, hook a right on Allegheny Avenue, just after Heinz Field, and you’ll find parking in the lots around the stadium. Diehards decked out in black and gold are grilling kielbasa, tossing the pigskin, and engaging in a little spirited chanting. There’s one big change for the game-day commute for the 2012 season, though: The North Shore Connector, a 1.2-mile extension of Pittsburgh’s light rail system, opened in March. The creation of the Gateway Center Station (at Liberty Avenue and Stanwix Street, downtown) and two North Shore stations (one at PNC Park and one at Heinz Field) can eliminate the high cost of parking next to the stadium.

If you prefer pre-gaming in a bar/restaurant to the tailgate scene, you can venture in the direction of PNC Park and stop at Jerome Bettis’ Grille 36. Or head northeast of the parking lot, where the Clark Bar & Grill still packs in pre-game fans.

Make sure you get to the stadium with enough time to walk around its southern gates. From Riverfront Park, you can see through the open end of Heinz Field — and pay a visit to the statue of team founder Art Rooney, Sr.

Inside, there isn’t a bad seat. If you enter by the old Gate D sign from Three Rivers — Heinz's Gate A — the causeway by the open end plays home to vendors selling sausages and brats. Plus, with the field sprawling vertically behind you, it’s a photo op like no other — except maybe that first moment through the Fort Pitt Tunnel.  — Neal Coolong, behindthesteelcurtain.com; illustration by Jordan Merchant

"Steelers fans are the most committed, crazy, fun fans I have seen in any sport, anywhere. When Steelers fans travel to a city, it’s like the Marines taking a beachhead. They do not give up." — All-Pro offensive tackle and Steelers color analyst Tunch Ilkin

Bar Hopping At and Around Heinz Field

There are plenty of obvious choices for pre- and post-game revels near Heinz Field. The Rivers Casino is right next door, as are the long chain of bars and restaurants beginning at Jerome Bettis’ Grille 36. Everything within a 20-minute walk (or a five-minute ride from the folks at Green Gears Pedicabs, who are always patrolling the North Shore on game days) is always packed.

But the number of fans congregating on the busy side of the Allegheny may make getting a drink a time-consuming endeavor. Instead, hop on the Gateway Clipper and head for Station Square. Pittsburgh’s riverboats have been ferrying Steelers fans across the water for most of the team’s existence; today, that means easy access to Houlihan’s, Buckhead Saloon and all the other watering holes south of The Point. You can even take the Monongahela Incline to your favorite Mt. Washington destination — the excellent Shiloh Grill is just around the corner from the incline’s upper station.

The flood of humanity within Heinz Field will make you want to head to your seat pretty quickly. But if you’re early enough, grab a drink and wander through the Great Hall. Check out displays of Steelers memorabilia and history, and marvel at the sight of the team’s six Lombardi trophies, but don’t get too excited — these are actually identical replicas (the real ones are at the team’s South Side offices). — Sean Collier

Here’s where you can find local legends in bronze at Heinz Field. Make a black-and-gold pilgrimage!

Art Rooney, Sr.: outside Gate A, not far from Art Rooney Avenue. 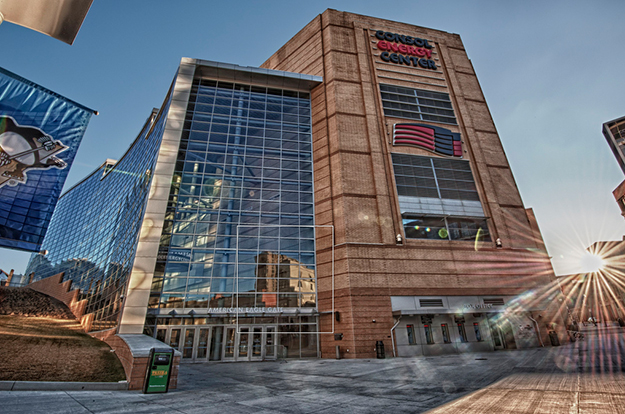 Going to see the Penguins is so much more than simply attending a hockey game. It becomes a time-tested routine. Stopping for a quick dinner before arriving at CONSOL Energy Center is the easiest way to make a night out even better. Pizza Milano is an upcoming hot spot among Penguins fans. It’s low-key, and the pies are delicious; it’s also located right across the street from CONSOL. Split a huge pizza with your friends before the game — or stop by for a late-night snack, since Milano stays open until 2 a.m.

Inside CONSOL are a ton of options — some conventional, some not. The arena made a big move in reaching out to Burgatory; a milkshake from their upper concourse location could turn around a rough night. Sushi from Nakama, an East Carson Street favorite, is available on the lower level. You could also go the simplest route and order the reliable ARAMARK nachos. Very good.

The least of your worries is where to sit — there isn’t a bad seat in the building. The upper levels provide the best sightlines and the cheapest tickets; the steps are a little steep, though, so don’t drink too many beers before climbing down to your chair.

If you’re headed to the sprawling Pens Gear store inside, go early or hang out late — it gets packed. Be sure to check out the interactive video boards with all-time player highlights, and swing by the wall of local high-school jerseys.

People swear by their go-to spot when it comes to parking for a Pens game. Our vote is the Oliver Garage; it’s a good 10-minute walk to the arena, but since you probably ate a hearty meal by this point, some walking would do you good.  — Derek Rocco and Adam Caldwell, thepensblog.com; illustration by Jordan Merchant

“There’s a real cross-section of people who are Penguins hockey fans. They’re with the team through thick and thin, and they have a relationship with the whole team. In a blue-collar city, people will always respect blue-collar players.” — Penguins color analyst Bob Errey

Bar Hopping At and Around CONSOL Energy Center

The Penguins’ new home will almost certainly find itself surrounded by sports bars, homey watering holes and nightlife destinations … some day. For the time being, your options are kind of limited.

The big beneficiary of CONSOL’s appearance so far is Tailgaters Sports Bar & Grill, which went from being across the street at an odd angle from the Civic Arena to sitting three doors down from the busiest gate at CONSOL. It’s a fine place to stop before or after a game, but the proximity makes it more than a bit crowded. If you’re looking for a more peaceful stop before things get crazy on the ice, pop into Reflect, the calm bar and lounge just inside the Cambria Suites Pittsburgh. A nice beer selection and some finer liquors are available – and the big benefit: You can actually get a seat at the bar.

Once you’re inside, head to the upper concourse and make your way to neighboring establishments Burgatory and the Miller Lite Brewhouse. Grab dinner and one of those mind-blowing shakes, or select from a nice list of brews, including great choices from microbreweries like Leinenkugel’s, Magic Hat and our own Penn Brewery. — Sean Collier

Here’s where you can find local legends in bronze at CONSOL Energy Center. Make a black-and-gold pilgrimage!

Mario Lemieux: at the Trib Total Media Gate, near the intersection of Centre Avenue and Washington Place.

This article appears in the August 2012 issue of Pittsburgh Magazine.
Categories: From the Magazine, Hot Reads, Sports