The pair of colorful birds in a brand new TreeTops habitat greeted the public for the first time this week.

Photos and Video by Madison Greer

Visitors to the National Aviary could see the two new Toco Toucans hopping along branches and tossing food in the air to catch it in their beaks for the first time Tuesday morning, as the Aviary debuted the TreeTops habitat.

Teri Grendzinski, supervisor of animal collections, says the toucans are very “expressive and curious” as they learn about their new habitat.

Toco Toucans are the largest species of toucan and are native to South America. The Aviary’s new toucans are fully grown; the female is 1 years old and the male is 2 years old. The birds do not have names yet, but the Aviary staff has been busy brainstorming  The Aviary is hopeful that once the toucans mature, at about 3 or 4 years old, they will mate and reproduce. 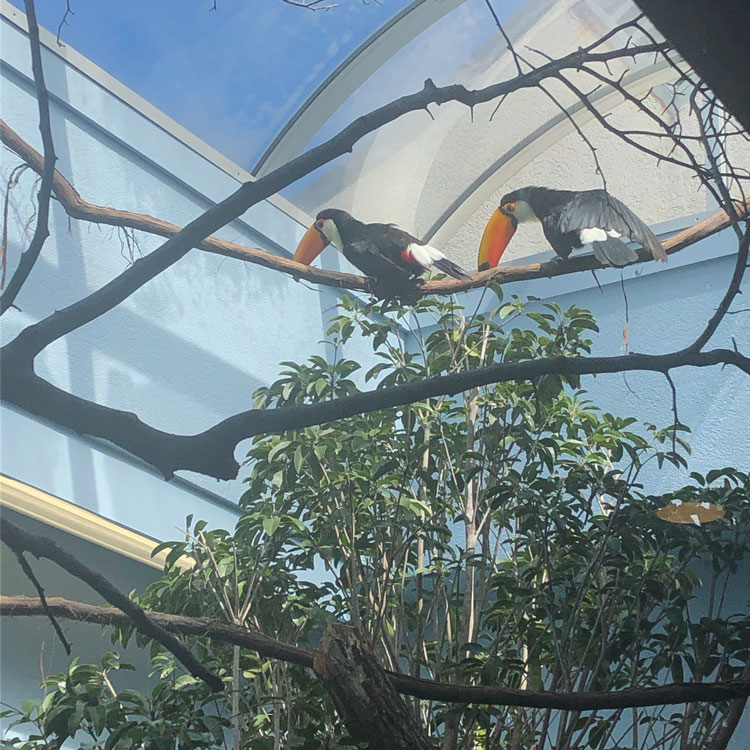 The Toco Toucans eat fruits and vegetables, their favorite being grapes, as well as a pellet mix designed for toucans to keep a well-balanced diet that also represents what they have in the wild, says Grendzinski.

The toucans cannot see past their beaks, so the beak, made of keratin, is sensitive to touch so the birds can know what they are eating. Visitors can watch as the birds carefully pick up their food with the tips of their beaks to inspect if they want to eat it.

In the wild, the birds don't typically come to the ground, but Grendzinski says they will need to learn to use the bath pan and the misters to clean themselves. However, she says they can’t figure it out just yet.

The Species Survival Plan (SSP), an organization that helps ensure the survival of species in zoos and aquariums, recommended the toucans come to the Aviary from two zoos, the Dallas World Aquarium and the Tracy Aviary in Salt Lake City. After 45 days in quarantine, and some time to get to know each other in a smaller habitat, the toucans were moved to the TreeTops habitat, which was custom designed to encourage natural behaviors with good viewing opportunities. 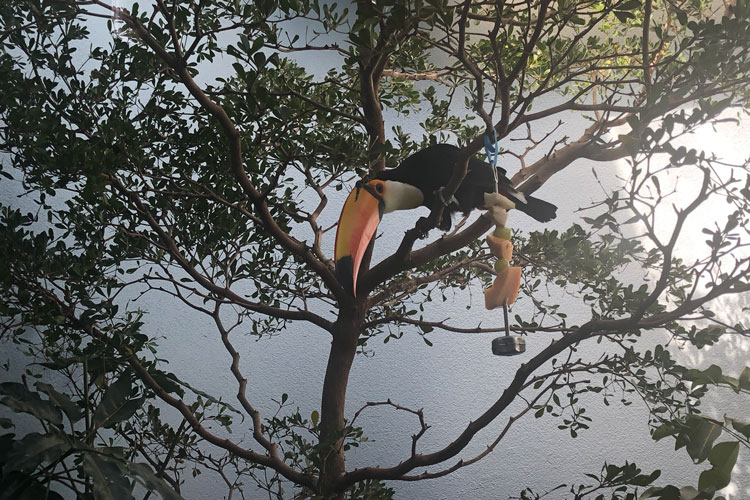 The TreeTops habitat is shared with a pair of Edwards’s Pheasants, native to Vietnam, which are believed to be extinct in the wild. Edwards’s Pheasants were last seen in the 1990s due to habitat loss and hunting. Now these birds are being raised via SSP, says Grendzinski.

The pheasant pair already had a chick on April 25, which visitors can see in the Avian Care Center window. It is still too early to tell if the chick is a male or a female, but the DNA results will be returning in the next few weeks, says Grendzinski. After the chick is old enough, SSP will determine where it will be sent to continue the reproductive initiative. 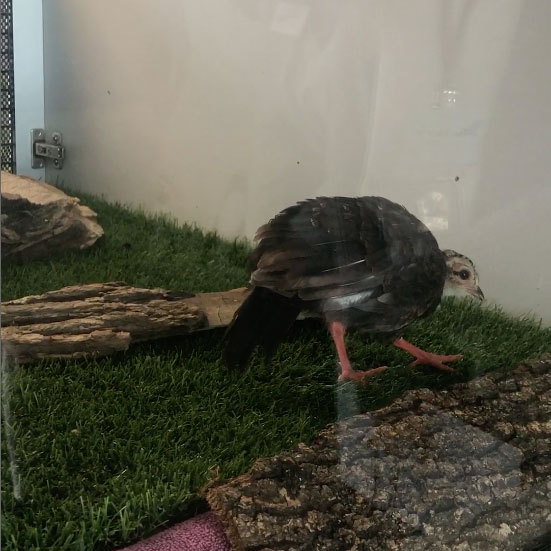 Grendzinski expects the toucans to stay at the Aviary as they continue to work with SSP.