Turn Red, White and Blue in Style at 'History Uncorked'

Plus, an all-female improv group debuts and Chatham Baroque injects some loveliness into your weekend. 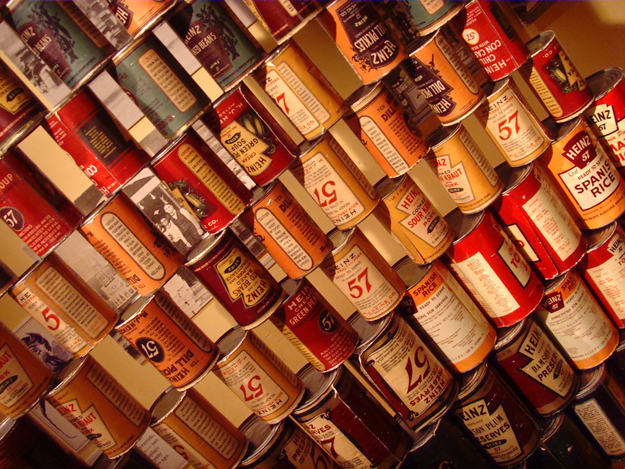 Turn Red, White and Blue in Style at "History Uncorked"
It’s long been the opinion of PMweekend that the best fundraisers are awesome, can’t-miss parties. If your worthy organization can craft an event that we’d want to attend, even if it weren’t for a good cause, then you’re coming in well ahead of the charitable curve. And honestly, it’s not that hard: Find an awesome place, add drinks, food and music, give some stuff away, and tell us what to wear. We’ll show up.

One such great party is the annual “History Uncorked” event at the Sen. John Heinz History Center. For $50 ($60 at the door), you get the run of the place — a must-see for every ‘Burgher — along with a trio of complimentary drinks, food, live entertainment and a chance to go home with some fabulous prizes. The theme this year is “A Red, White and Blue Affair,” so you’re encouraged to sport one of those shades in your business attire. Oh, and, yes — it’s all for the benefit of the History Center. But you’d want to be here even if it weren’t.

All-Female Improv Group Debuts
The exponential growth of Pittsburgh’s comedy scene — particularly its improv — has been an entirely ground-up enterprise. Funny folks have begged and pleaded for performance spaces and opportunities, put together showcases and podcasts, and even opened some new venues of their own to eager audiences. Still, one of the great inequities of the comedy world has remained present: the disproportionately small number of women trying to make people laugh. Enter the brand new three-woman troupe Frankly Scarlett, set for their debut at the Cabaret at Theater Square this Saturday night. Get the full story in this week’s After Dark!

Chatham Baroque Understands that Tuesday was Busy
Yes, Valentine’s Day has passed, but let’s be honest: There are more than a few of you out there who remained couch-bound, letting that most romantic of holidays succumb to the pressure of it being cold and, worse yet, a Tuesday. Make up for your lack of mid-week romance by catching one of two performances from the excellent Chatham Baroque this weekend. The “Lawes of Attraction” event, named for the featured performance of the lovely Harp Consorts by William Lawes, should inject a little loveliness into your weekend — and with performances in the heart of Oakland, there are plenty of spots for a romantic dinner nearby (Legume, anyone?).

In Theaters This Weekend: New releases coming to Pittsburgh this weekend are going to require you to go either high- or low-brow. Are you the sort who prefers Nicolas Cage in the comic-action flick Ghost Rider: Spirit of Vengeance or maybe the oddly marketed romcom This Means War with Reese Witherspoon? Or are you the sort to go for the always-fascinating program of Oscar-Nominated Shorts at Regent Square Theater or the Disney import of the acclaimed Japanese animated fable The Secret World of Arrietty? Either way, you’re on your own: PM Film Editor Sean Collier is taking a week off of his normal duties on the 102.5 WDVE Morning Show. But he expects you to be responsible and behave yourselves while he’s away.

Head to Cook Forest on Saturday for the Photo Winter Walk and capture its natural beauty with local nature photographer Kevin Kaltenbaugh. The workshop includes a winter hike with guided instruction by Kevin as well as a delicious lunch at Gateway Lodge. Click here for more.

Join the chefs of South Side on Sunday as they compete in the eighth annual South Side Soup Contest. Participating restaurants get cooking in hopes of winning titles like "Best Soup" and "People's Choice," while participating shops offer great deals in their stores. Proceeds benefit the Brashere Association's Food Pantry. Click here for more.

This article appears in the February 2012 issue of PMWeekend.
Categories: Things To Do