Turn Off the TV for Shark Week, ’Burgh Style

Who needs HD? Get the real deal with shark-tastic experiences all around town. 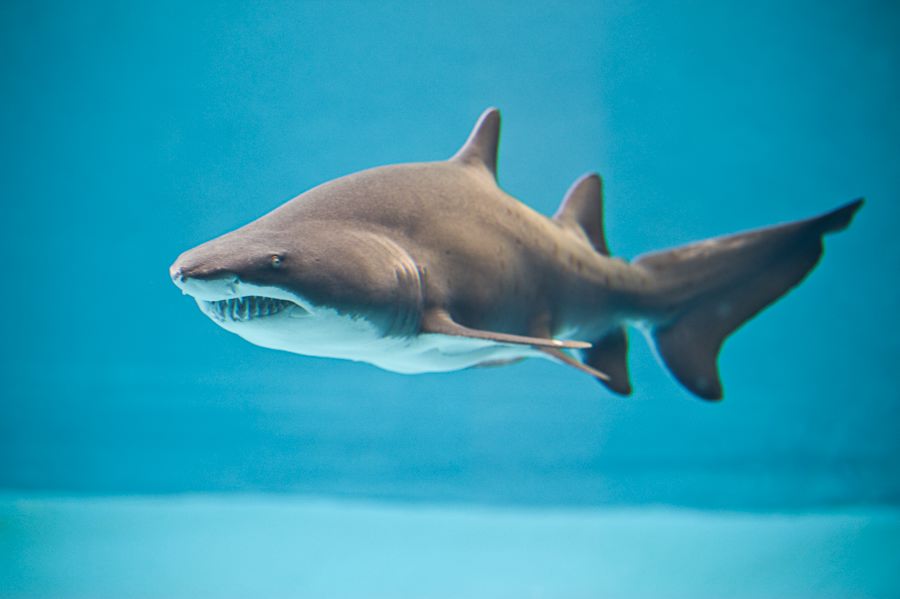 PHOTO BY Paul A. Selvaggio

The Discovery Channel’s annual Shark Week is under some harsh criticism.

You know what, I’m going to have to take a break just to recover from the absurdity of that sentence. I’ll be right back.

OK. Let’s press on. But yes — there are a great many people who are upset that a cable channel’s annual ratings-grab collection of scary shark footage occasionally is lacking in scientific detail and veracity.

Other updates for you: The History Channel isn’t about History, the Learning Channel has no programming that inspires learning, MTV doesn’t show music videos and I don’t even know what VH1 is supposed to be.

Nevertheless, the curious among you may want to expand your Shark Week experience beyond the bounds of your couch. No, there are no ancient predators lurking in the three rivers (that we know of) — but that doesn’t mean you can’t have a Shark Day close to home.

Start your underwater experience at the Pittsburgh Zoo & PPG Aquarium, where the ultimate aquarium feature is a stroll down a glass tunnel cutting through the actual shark tank. You’ll be mere feet away from the zoo’s five sand tiger sharks as they silently swim by. At first glance, you’ll think the quintet of sharks is made up of great whites — sand tigers look nearly identical, down to the three rows of teeth — before realizing that these fish, while plenty big, are far smaller than great whites.

Time your visit just right, and you can see the sharks eat. On Sundays, Wednesdays and Thursdays at 1:30 p.m., the sand tigers are given a diet of squid and herring. That’s enough grub to make the sharks disinterested in the fish that regularly share their tank — or, for that matter, the members of the media who occasionally are invited to actually swim with the sharks. (This is an invitation I’m still weighing the merits of. If I take the zoo up on the offer, though, you’ll be the first to know.)

Follow the up-close encounter with more education at the Carnegie Science Center, where the 2013 documentary “Great White Shark” is in rotation for the rest of the year. The 40-minute IMAX film offers breathtaking, remarkable detail on the creatures in their natural habitat, as cameramen and divers get into the open water with the gargantuan creatures. The very act of filming demonstrates an under-reported truth about these admittedly fearsome creatures — they have absolutely no interest in humans, and the odds of a great white deliberately attacking a person are infinitesimally small.

Narrated by Bill Nighy, the film also illustrates the continued threat to great whites from hunting and poaching. It was reported in 2010 that as few as 3,500 great whites may survive in the world; conservation efforts are helping the cause, but the species is still listed as vulnerable by the World Wildlife Fund. Education, of course, is key to any species’ survival — making a trip to see “Great White Shark” not only informative but good for the planet. Showtimes change weekly and are posted here.

And no, you don’t see them eat any seals. The filmmakers deployed a wooden dummy seal to get those dramatic shark-leaping-out-of-the-water shots.

Great whites are far from the only shark species under threat of extinction, which means you probably shouldn’t order a shark dinner if you see one on a local menu. Wrap up your shark day with a more sustainable option — seek out some swordfish, a delicious alternative usually prepared in much the same way as shark dishes. Eleven Contemporary Kitchen, one of our 2014 Best Restaurants, makes a nice grilled swordfish with clams, mussels and chorizo. You even can stop by the bar on the way out and see if one of the tenders will make you a Shark Bite, one of the few cocktails that doubles as a visual metaphor. Combine 3/4 ounces each of spiced and light rum, 1 1/2 ounces of sweet and sour and 1/2 an ounce of blue curacao to make the ocean — then plop in three drops of grenadine to represent blood. (Finding, sanitizing and inserting a small toy shark is optional.)

Now if you’ll excuse me, I’m getting back to Shark Week programming. I know it might not all be true. I don’t care. Because sharks are awesome.

This article appears in the August 2014 issue of After Dark.
Categories: After Dark