Tuba and Euphonium Players Invited to Join in Christmas Concert

Waynesburg University will present a TUBACHRISTMAS concert on Dec. 9. 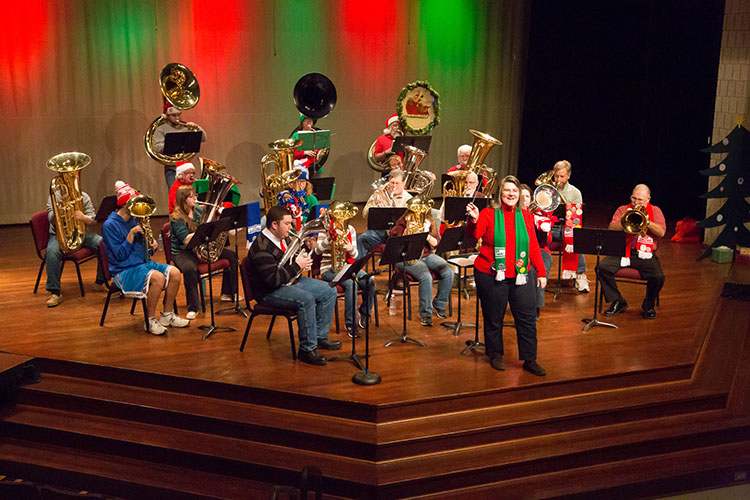 Waynesburg University will offer a TUBACHRISTMAS concert at 7:30 p.m. on Friday, Dec. 9 in the Goodwin Performing Arts Center. The concert will include traditional Christmas music arranged for the tuba and euphonium.

In its 43rd year, TUBACHRISTMAS was created by Harvey Phillips, a prominent American tuba player, to honor his mentor. Each year since 1974, tuba and euphonium players gather in more than 200 cities around the country to honor musicians who have left a valued legacy.

“The concert is a chance for musicians and audience members to reflect on and understand the heritage of instrumentalists, as well as the high performance standards and personal integrity and values established by musicians of the past,” the university says in a statement.

All tuba and euphonium players are invited to play in the concert; the registration fee is $10. Registration begins at 5 p.m. in the GPAC, and rehearsal will be held from 5:30 to 7 p.m.

Admission to the concert is free, and the public is invited to attend.

This article appears in the December 2016 issue of Great Minds.
Categories: Great Minds