The scariest visitor to Pittsburgh wasn't a who — but a what. Rick Sebak recaps some of our microscopic adversaries. 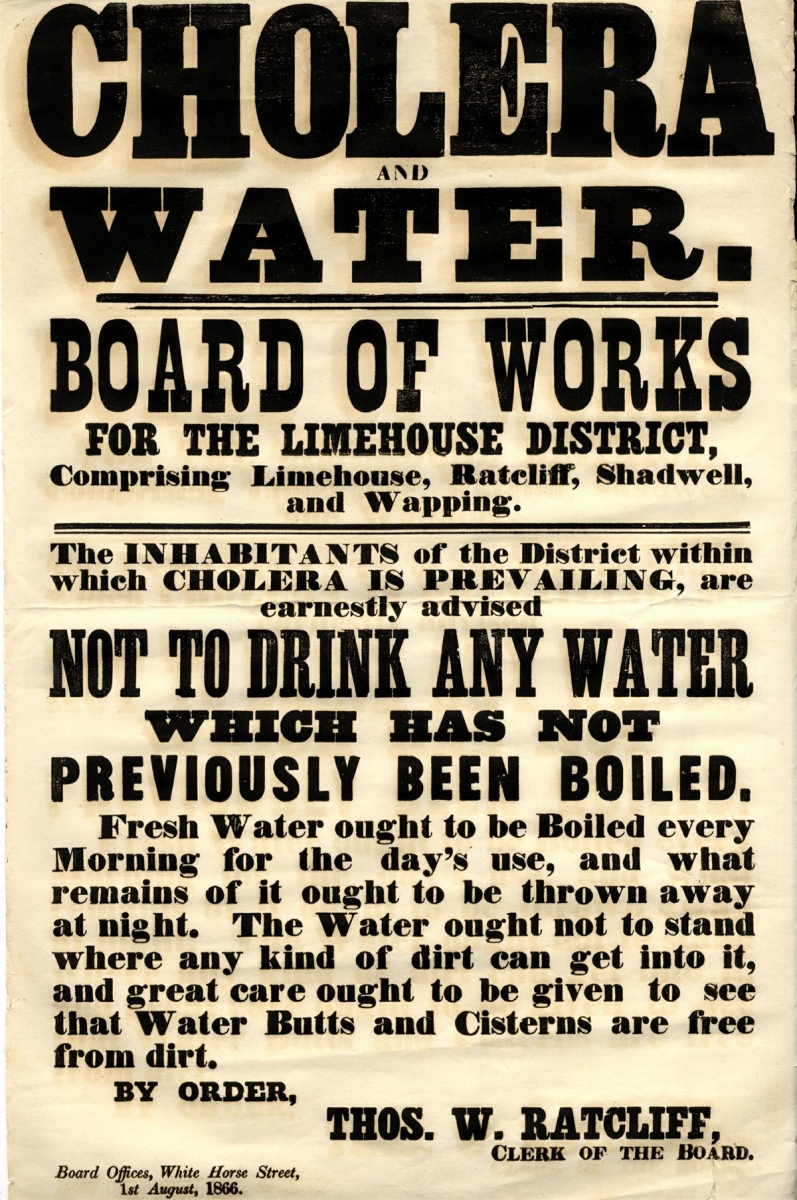 October and the Halloween season are grand and ghoulish times for considering the horrifying. When were the scariest eras in Pittsburgh history? Who has been our most terrifying visitor? Forget the ghosts and zombies — dirty water and deadly germs have killed far more folks in this area than any other monsters.

For years, our most unwelcome visitors undoubtedly were bacteria. Wicked microorganisms hit Pittsburgh residents hard in the 19th century as waves of deadly cholera and typhoid fever rapidly spread. Well-founded fears of sewage and industrial pollution, born in that era, still keep some of us wary of splashing and swimming in our streams and rivers.

For a long time, the causes of most diseases were not understood. In 1802, the Pittsburgh Gazette published an editorial that said illnesses were increasing more rapidly than the population of this young town and speculated wildly about the sources of the terrible plagues on Pittsburgh. Writers considered the “vitiated state of the air,” as well as “narrow streets, and alleys, (to which too little attention has been paid by the officers of the police) filthy gutters, putrid vegetables and animal matter, the stench from foul slaughterhouses, and the echalations [sic] from ponds and stagnant water.”

From 1822 to 1823 and again in 1849, Pittsburgh severely was stricken by cholera, a disease characterized by diarrhea and vomiting that can be fatal. We now know cholera is caused by the bacterium vibrio cholerae, transmitted by water or food contaminated by infected feces. But in August 1849, when more than a dozen people in Birmingham (now the South Side) were suffering and dying very quickly, transmission of cholera still was a mystery.

The German immigrants of St. Michael parish on the South Side Slopes resorted to prayer as their last hope. Descendants in that part of town, now members of the consolidated Prince of Peace parish, still observe Cholera Day every August, when they thank God and St. Roch for intervening before the whole congregation was wiped out. When cholera again swept through the city in 1854, not a single parishioner died.

In 1849, British physician John Snow first published his theory that infected water could be linked to cholera. His work is considered to be the beginning of modern scientific epidemiology, and cities around the world took note and created water filtration systems for drinking water. Pittsburgh, however, was slow to catch on; we kept taking water directly from the rivers.
When the typhoid-fever epidemic swept across the globe in the late 1800s, Pittsburgh became the disease’s international capital. We had the highest reported death rate from typhoid of any city in the world. In the 25 years from 1883 to 1908, a total of 54,857 cases resulted in more than 7,000 deaths.

Our first water-filtration and treatment plant finally was completed in 1908, and the typhoid death rate fell dramatically. In 1914, Frank E. Wing’s paper on “Thirty-Five Years of Typhoid” reported: “Investigators of the river contents have gathered up dead animals, flesh-disintegrated and putrescent, as well as the off-scourings of iron and steel mills, tanneries, slaughter houses and similar industries. Nor is this all. Seventy-five up-river towns, with an estimated population of 350,000 inhabitants . . . all furnish their supply of common sewage as a further contamination.”

Things have improved a bit since those dark and dangerous days, and the Allegheny County Sanitary Authority is implementing the largest capital infrastructure project in the region’s history to help eliminate what are called Combined Sewer Overflows in the current outdated system. But recent watery terrors around Charleston, W.Va., and Toledo, Ohio, serve as powerful reminders that we have to be vigilant when it comes to our water. Sometimes the scariest beasts are the ones we can’t see.

This article appears in the October 2014 issue of Pittsburgh Magazine.
Categories: Rick Sebak