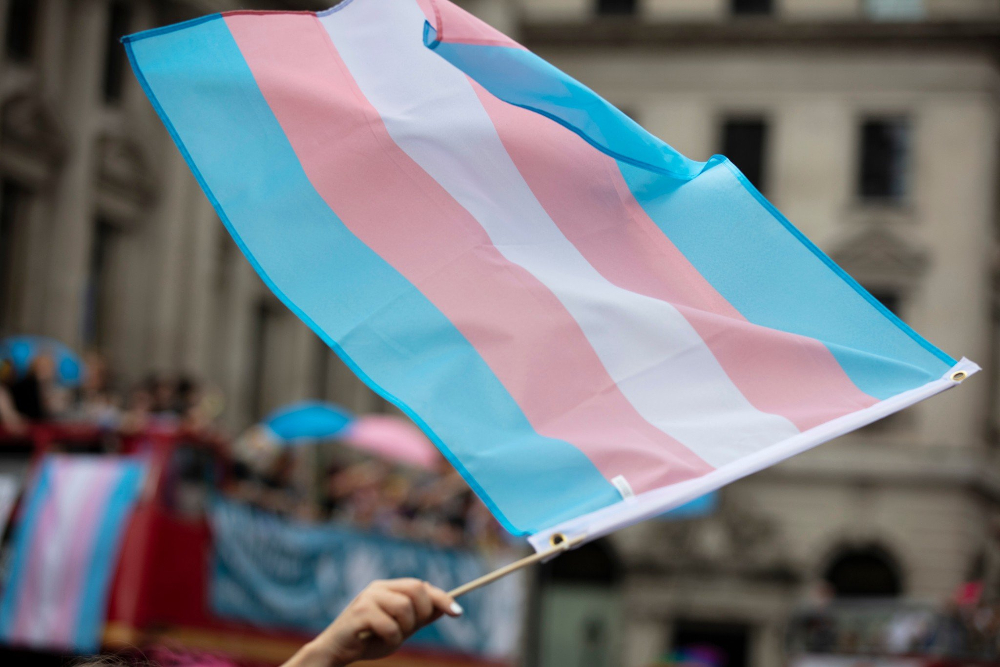 With Thanksgiving at the end of the month and the holiday season coming in fast, November may go by in a blur. But for the transgender community, November is a month with a deeper meaning.

Each year between Nov. 13 and Nov. 19, individuals and organizations around the country participate in Transgender Awareness Week to help increase visibility about transgender folks and the issues the community may face.

The week leads up to the Transgender Day of Remembrance on Nov. 20, when trans folks and allies gather to remember community members lost to anti-transgender violence in the past year.

According to the Trans Journalists Association’s style guide, “transgender” is a term used for someone whose gender is not exclusively the one they were assigned at birth. Sometimes, though not always, it’s used as an umbrella term encompassing nonbinary identities, gender fluidity and gender non-conformity, among others.

The trans community has historically been marginalized, facing much higher rates of violence than cisgender folks — that is, people whose gender aligns with the one they were assigned at birth.

The Human Rights Campaign reported that 2020 saw at least 37 transgender and gender non-conforming people violently killed — more than any other year since HRC began tracking this data in 2013. The organization has now tracked more than 200 deaths in the U.S. since 2013. The LGBTQ blog Pittsburgh Lesbian Correspondents continues to write about violence against trans folks, especially transgender women of color, in the Pittsburgh region and beyond.

But for as much as Transgender Awareness Week is about acknowledging the trials trans people may face, it’s also about appreciating the beauty and diversity of the trans experience. There are a handful of groups around the Pittsburgh region whose outreach and programming furthers both these ends.

SisTers PGH is a Black- and trans-led nonprofit organization that servers transgender and nonbinary people within southwestern Pennsylvania, with an emphasis on QTBIPOC (Queer Trans Black Indigenous People of Color).

The group was created with outreach, education and activism in mind; its programming includes a trans-led transitional housing program called Project T, which addresses the fact that trans and other gender-nonconforming individuals are much more likely to experience housing insecurity due to “discrimination, housing affordability, transphobia and the barriers of access disparity.”

Grow To Succeed, another program offered by SisTers PGH, aims to create a judgment-free space for trans folks to deal with addiction and sober living, and the TGNC Youth Collective aims to educate trans youth on the ancestral history of transgender and gender-nonconforming people while “creating an outlet that TGNC youth are often not afforded … because of discrimination and transphobia that plagues our community.”

The organization is also hosting a coat drive from Nov. 5 through Dec. 22; any trans folks who need winter gear — or anyone who has some to donate — can contact SisTers at 412-297-0548.

On last year’s Transgender Day of Remembrance, SisTers contracted with Lamar Advertising to display billboards at four locations across the region, bearing messages like “Trans Families Matter” and “There Are Black Trans People In The Future.”

“As Pittsburgh’s leading Black transLED nonprofit organization, we are honored to lead this movement of remembrance as we know personally how hard it has been losing our trans communities of color around the country, state and within our own city Pittsburgh,” SisTers wrote in a Facebook post.

SisTers has also been organizing People’s Pride PGH March and Music Festival since 2017. The event serves as a more inclusive alternative to the mainstream Pittsburgh Pride parade, which many have criticized as overly commercial and far too influenced by the controversial and now-dissolved Delta Foundation.

For more resources and information, check out these groups doing work around the region to benefit the transgender community: