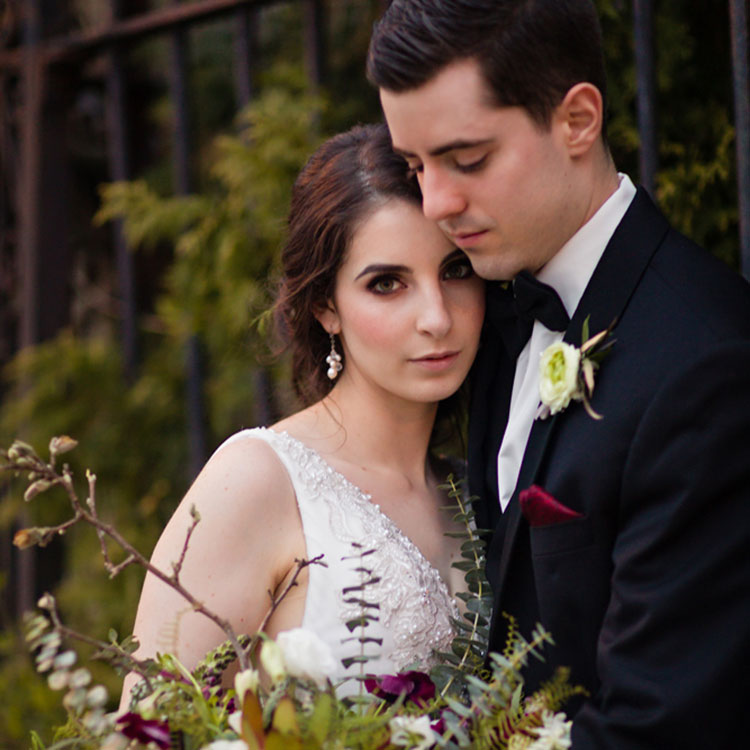 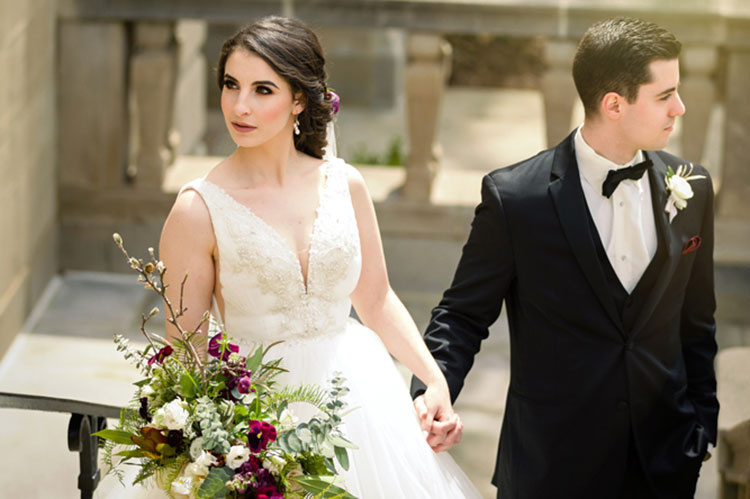 When George Met Elaine:
George Kontogiannis and Elaine Werksman both attended the University of Pittsburgh and met their sophomore year at a mutual friend’s housewarming party. George got Elaine’s number and asked her to lunch. They had a more “official” first date at the Pittsburgh Zoo & PPG Aquarium shortly thereafter.

“Since we were so young we never really expected to get married down the road — we were 19 when we met,” Elaine says. “You’re in college and you’re just having fun, but we kind of clicked and got along really well.”

Things became serious when Elaine decided to move with George after he was accepted to medical school at Drexel University in Philadelphia and she had finished her own degrees at Pitt. 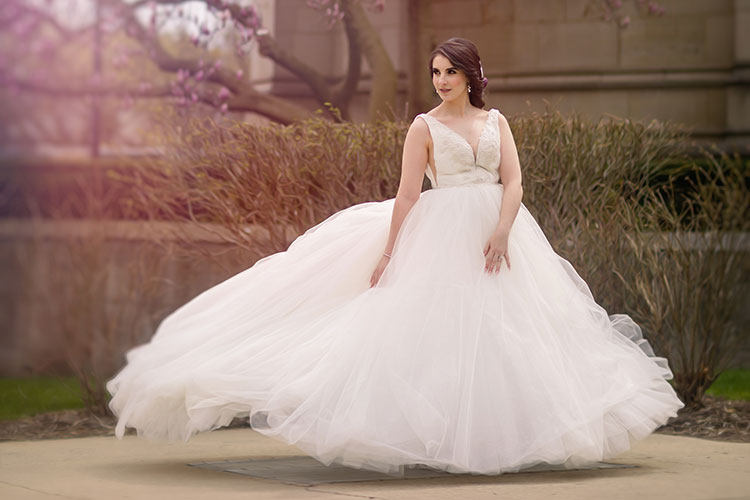 She Said Yes.
While living in Philadelphia, George and Elaine would often go for walks around their neighborhood. In June 2016, George asked Elaine if she wanted to walk to the William Penn Charter School, one of their frequent spots, where they could sit in a small secluded garden on the property.

“There’s an arch with flowers and a miniature river and he proposed to me right there,” Elaine says. “It was very private and very intimate. My husband’s not one to take you to a basketball game and try to do the jumbotron.” 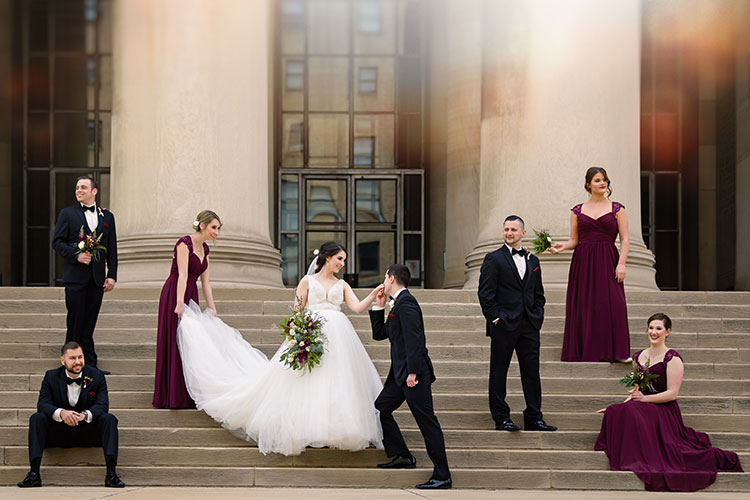 The Big Day.
George comes from a Greek Orthodox family, and it was important for him to have two things for their celebration: a Greek Orthodox ceremony, which the couple held with immediate family in addition to a larger ceremony at Heinz Memorial Chapel, and Greek dancing, two things Elaine was happy to comply with.

“We made sure the DJ we hired knew the dance and knew the music,” she says.

Other elements of Greek heritage included the shoe tradition (George’s brother brought a tray to Elaine containing her Jimmy Choos while she was getting ready so that she could put dollar bills inside until they fit) and dancing amongst dollars showered on them by guests at the reception to signify good fortune and prosperity. 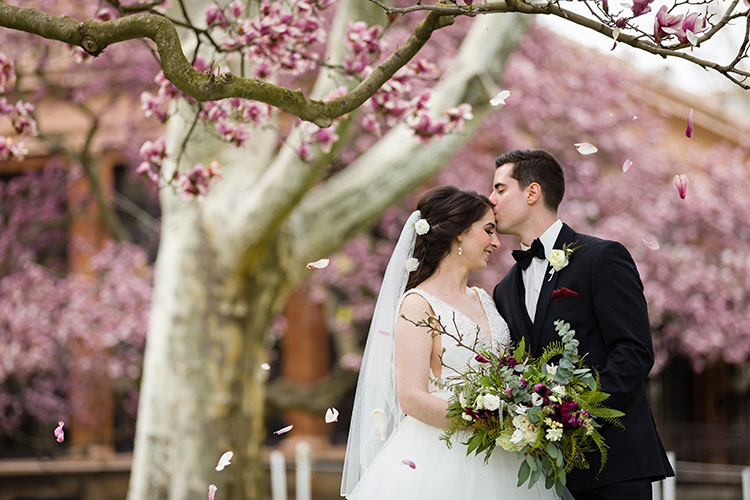 Happily Ever After.
Elaine, 27, and George, 28, live in Rockville, Md. George, a captain in the U.S. Army, is a resident at Walter Reed National Military Medical Center, and Elaine is taking time off from her job as a chemical engineer to avoid harmful substances so the two can start a family. 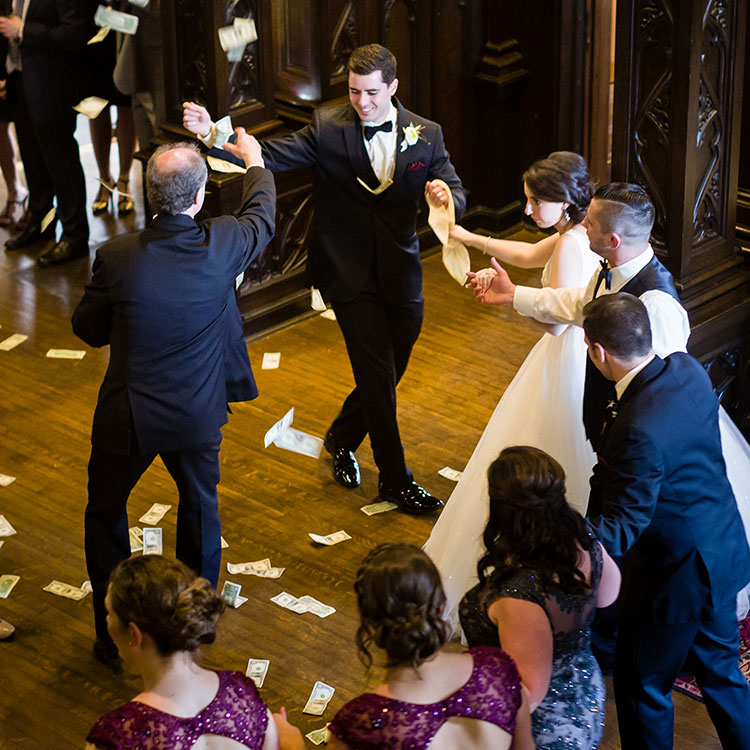