The new driving-range game is way over the top, but the game it's offering is fun and they'll ensure you have a good time. 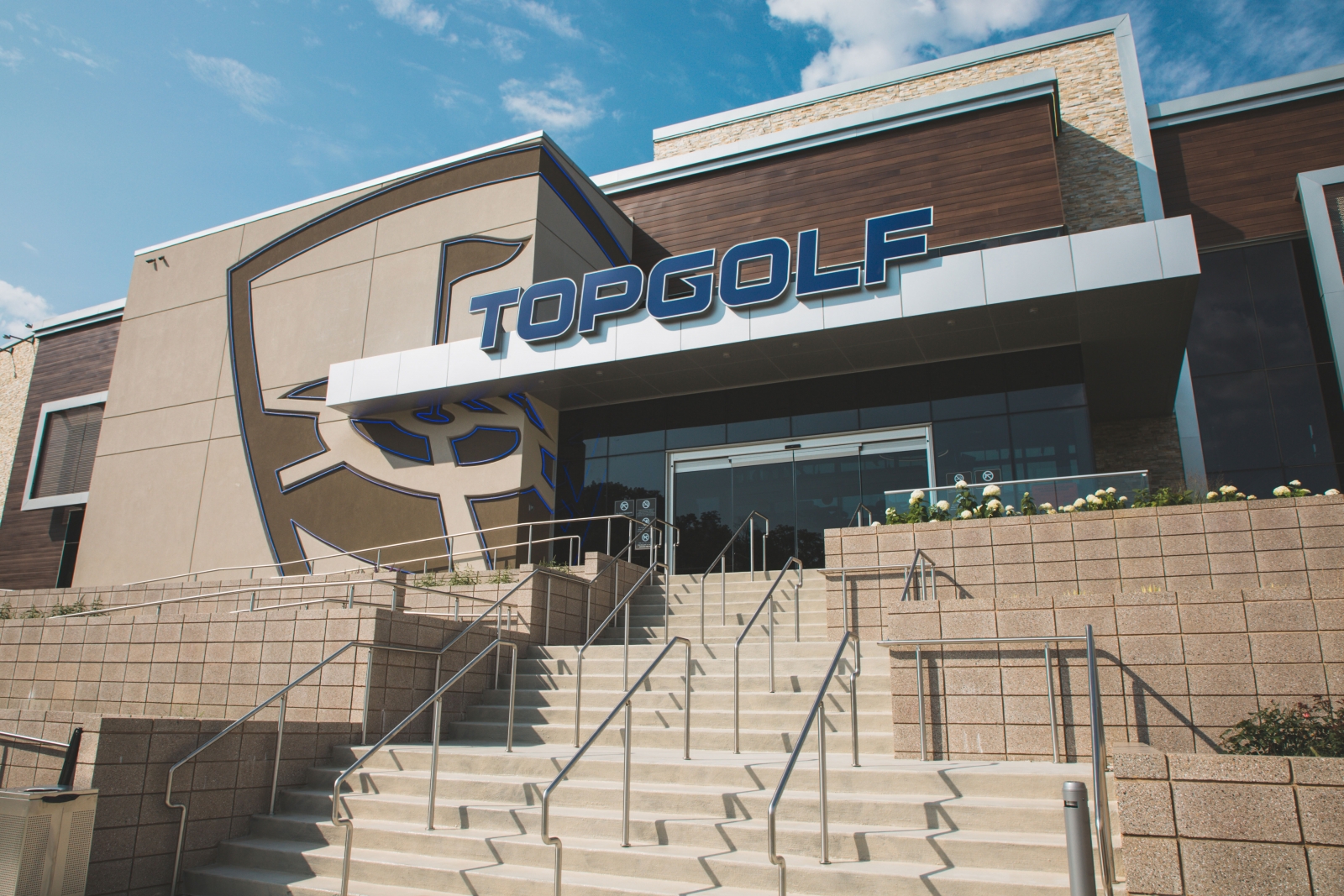 I don’t know how to golf.

I believe that, with adequate practice and instruction, I could probably learn. I think I’d be better at golf than I am at, say, parallel parking. I have faith in my ability to become passable at the sport favored by the people with the worst fashion sense in the world.

(Seriously, golfers. I’m sure you can find some breathable fabric that doesn’t make you look like you’ve been devoured and partially digested by a 1986 Gimbels stock room.)

I don’t golf simply because I don’t like it much. I get the appeal, I admire the dedication to a hobby, fine, I’m just not a fan. I consider miniature golf to be a superior sport in nearly every conceivable way.

I do, however, like driving ranges, at least conceptually — in the same way that I like batting cages and, I dunno, laser-tag rooms. It’s a place you can stop in the middle of your day and play a game, sharpen a skill, unwind for an hour. I’m always in favor of that kinda place.

The problem: Most driving ranges are boring. TopGolf, which just opened its first Pittsburgh outpost, seems to have been invented to jazz up driving ranges. To an almost inconceivably vibrant level.

The basic concept: Still a driving range, but the field is littered with gigantic, dartboard-style targets. Aim for (or, in my case, accidentally happen to hit) the targets, and the display in your bay registers your score, much like a bowling alley. You rent a bay by the hour with a couple of friends and compete for the best score.

That’s the idea and the main attraction. Beyond that, though, TopGolf Pittsburgh is a gargantuan, sprawling facility dedicated to making that basic game a full-night outing. The first thing I noticed upon my arrival was the staggering number of employees in the vicinity; at one point, I counted 20 just within my field of vision. Every time I rounded a corner, there were four more. I have concerns over the sustainability of such an enterprise, but the service is impeccable. You will never wait or want for anything when you’re playing a round at TopGolf.

That army of attentive gofers — look, I’m not going to work a Caddyshack pun in, that’s the closest you’re going to get — will include a server stationed to your bay, to both walk you through the mechanics of the competition and bring food, from the in-house kitchen, and beverages from one of the … I dunno, like, hundred bars on site. (That is a slight exaggeration, but they really did have a bar around every corner. If you lined them all up end-to-end, they would certainly stretch farther than I ever managed to hit a ball.)

The good news: Drinks are surprisingly cheap, with draft beers in the $4-6 range and decent cocktails under $10. The service is great, the game is easy to pick up — even with a swing like an alarmed octopus, I managed to hit a couple of distant targets — and the overall experience feels like you’re at the cushiest bowling alley around. It’s also a pretty affordable outing, with access to a bay maxing out at $45/hour in the evening (you’ll split that up to six ways, and it’s cheaper if you arrive earlier).

The bad news: The best phrase for the overall experience is “a bit much.” The building — just look at it up there — looks like the lovechild of a casino and a Cheesecake Factory, the dazzling array of televisions and music will set off edgier patrons and the entire experience is just screaming for you to eat more, drink more, play more, come back again, come back tomorrow, basically live here.

TopGolf is to the driving range as Dave & Buster’s is to a “Pac-Man” machine in the corner of a pizzeria. It is the core activity inflated to a nearly impossible degree, staffed with an army of folks eager to please. There are definitely those who will love it; it is so much more of an outing than anything similar, and I’d heartily recommend it to anyone I know who enjoys the game. I might even go again in spite of myself. For better and for worse, it is a crazy, impressive playground.