Top Ten Things to Do in Pittsburgh in February 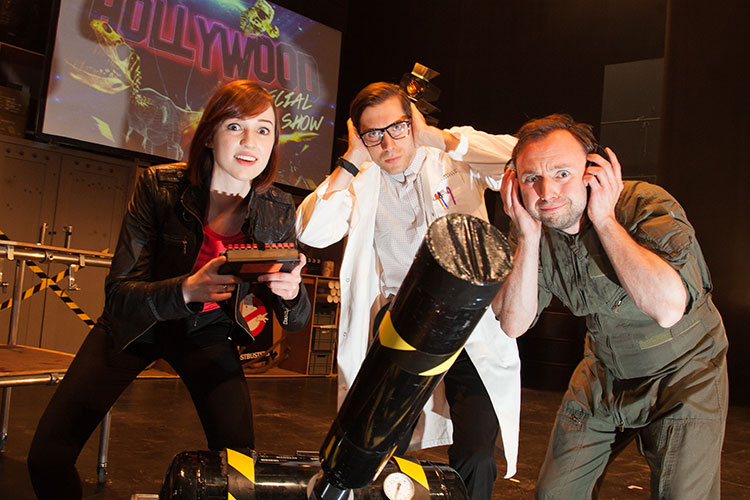 Feb 5/ If you’ve ever wondered how the explosions, weather or monsters in your favorite movie look so real, the Hollywood Special Effects Show will take you behind the scenes and give you a glimpse at the process. With special effects professionals who worked on “Guardians of the Galaxy,” “The Dark Knight Rises” and more giving insight into their craft, the show promises to be informative — and explosive.  Byham Theater, 101 Sixth St., Downtown; 412/456-6666, trustarts.org 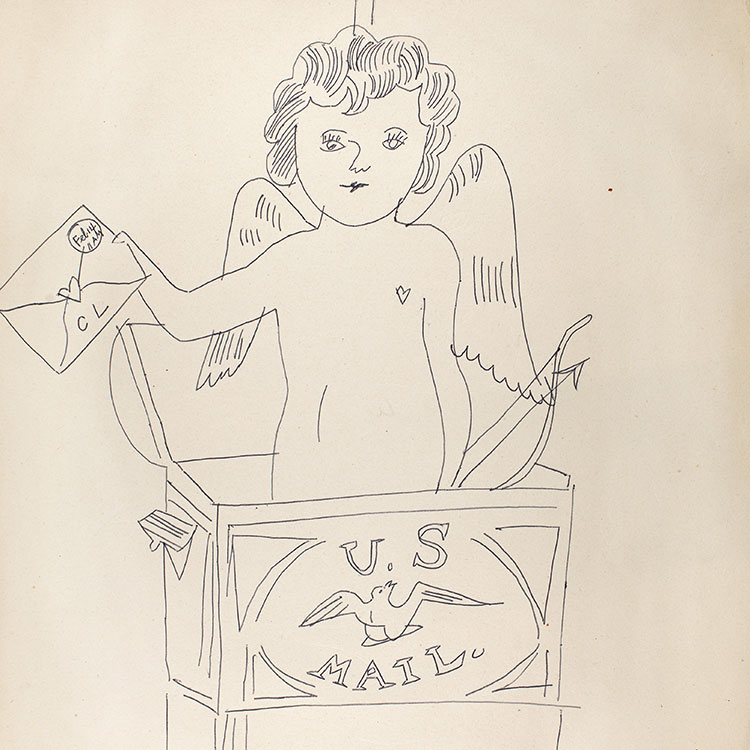 Feb. 11/ Do you find normal Valentine’s Day cards too mushy? Hallmark too commercial? Head to the Vintage Valentines Workshop, co-presented by Ace Hotel Pittsburgh and The Andy Warhol Museum. Create something for your significant other (or your parents, or your friends, or anyone you like reasonably well) with silkscreen tattoos and vintage valentines à la Warhol while sipping cocktails in the Ace’s gym. (120 S. Whitfield St., East Liberty; 412/237-8300, warhol.org)

Feb. 10/ With a new “Halloween” movie set to hit theaters in October, now is the time to catch up on the other classics created by the master of horror himself, John Carpenter. At the John Carpenter Film Fest, hosted by the East Coast Horror Group at the historic Hollywood Theater in Dormont, “Dark Star,” “Prince of Darkness,” “They Live” and “The Thing” are on tap. The group hopes to host another Carpenter fest, featuring all of the director’s films, in the future. (1449 Potomac Ave., Dormont; 412/563-0368, thehollywooddormont.org) 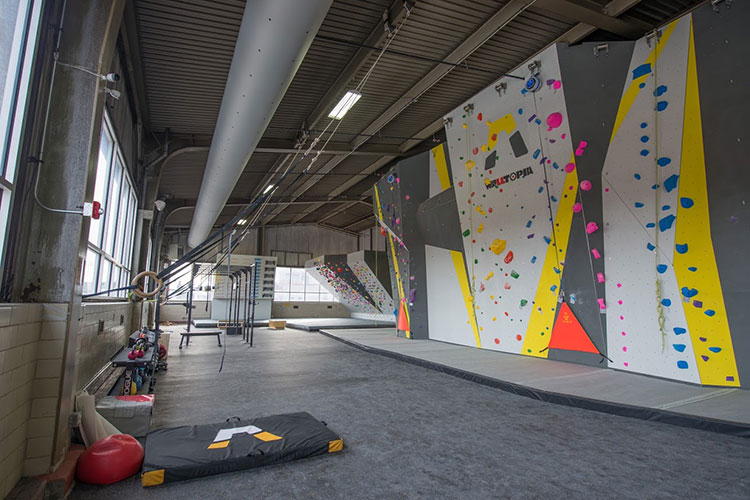 Feb. 3/ For the first time, Pittsburgh hosts the Colorado-based 5Point Film Festival, an evening of climbing and adventure films held at ASCEND: Pittsburgh. Hosted by ASCEND, 3 Rivers Outdoor Co. and Cultivate, a Pittsburgh creative firm, the event includes climbing, crating and slacklining for the adventurous, and food, beverages and gear for those inclined to keep both feet on the ground. (2141 Mary St., South Side Flats; 412/745-2141, 5pointpgh.com) 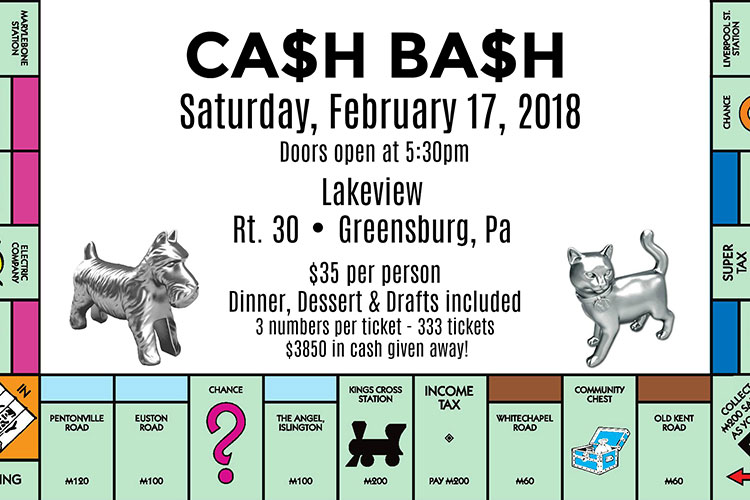 Feb. 17/ Drink beer, help animals, possibly win money, what more do you need? The Animal Friends of Westmoreland hosts its 11th annual Cash Bash, with proceeds benefiting the organization. Held at Ferrante’s Lakeview in Greensburg, the event includes dinner, dessert and draft beer for the price of a ticket, along with a chance to win some of the $3,850 being given away. Numbers are drawn for a piece of the price every 10 minutes, and you don’t need to be present to win. (6153 State Route 30, Greensburg; 724/925-2555, animalfriendswestmoreland.org)

Feb. 25/ Local bluegrass group Stillhouse Pickers will play at Tupelo Honey Teas for their second Bluegrass Brunch of the year. The Pickers, founded in 2008, will offer a variety of bluegrass music, and attendees can enjoy a prix fixe brunch (with a vegan option). (211 Grant Ave., Millvale; 412/821-0832, tupelohoneyteas.com) 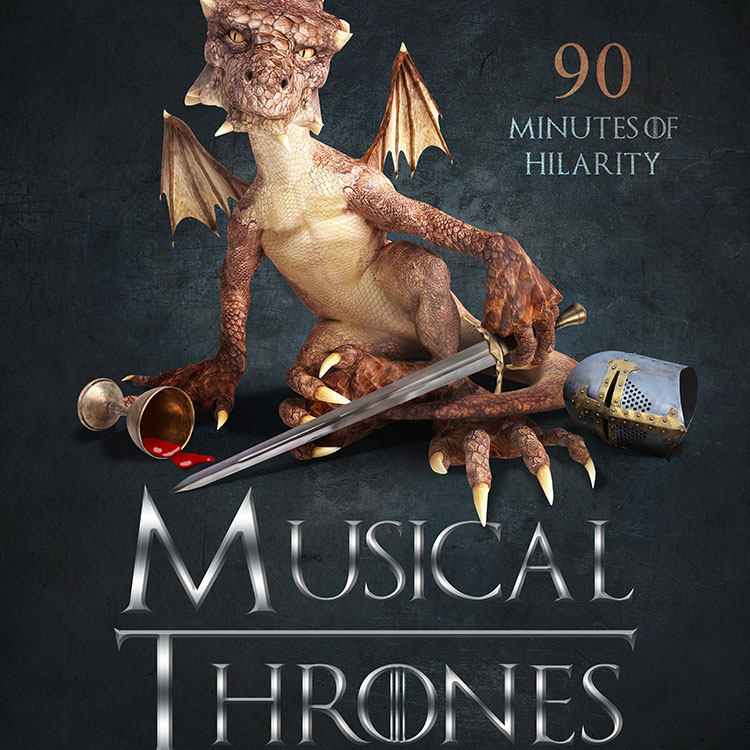 Feb. 8/ Winter is … already here, and “Game of Thrones” fans have to wait until 2019 for the final season; it’s enough to make even the least devoted fans melancholy. Fear not — Pittsburgh fans can get their fix with Musical Thrones: A Parody of Ice and Fire, a live version of the first six seasons of the Emmy Award-winning show. The 90-minute musical treats fans to singing and dancing versions of their favorite characters (Daenerys, Tyrion) plus those they love to hate (Joffrey, Littlefinger … and oh so many others). (Byham Theater, 101 Sixth St., Downtown; 412/456-6666, trustarts.org)

Feb. 10/ Crystal is the traditional gift for third wedding anniversaries, and it’s also the theme for this year’s One Night Stand, Attack Theatre’s third annual gala. Attire for the event, held at the Ace Hotel, is “Crystal Chic,” and the evening will feature dance performances and interactive experiences as well as food and drinks from Whitfield. (120 S. Whitfield St., East Liberty; 412/281-3305, attacktheatre.com/stand) 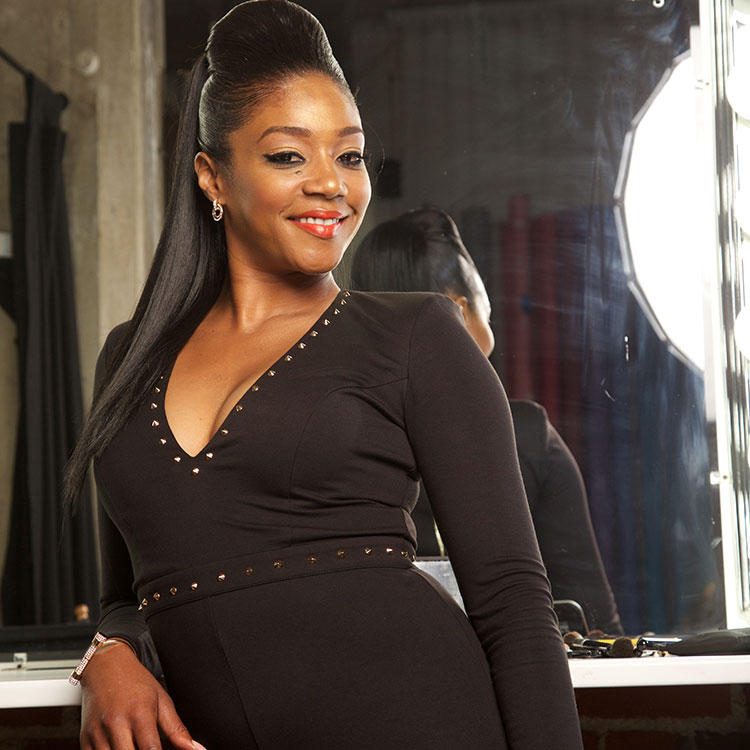 Feb. 2/ Tiffany Haddish, a rising stand-up comedian who has taken her talent to television and the big screen (most notably in the hit comedy “Girls Trip”), is bringing her national tour, #SheReady, to the Byham Theater. (101 Sixth St., Downtown; 412/456-6666, trustarts.org) 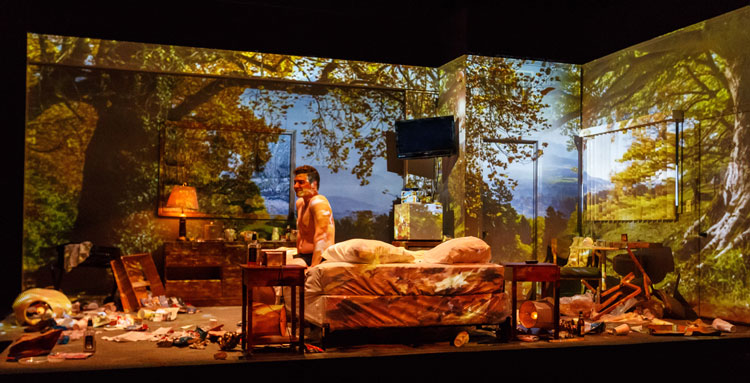 This article appears in the February 2018 issue of Pittsburgh Magazine.
Categories: From the Magazine, Hot Reads, Things To Do