The 10 best things to do in January. 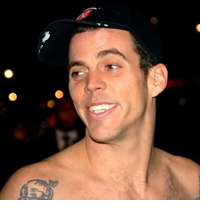 1.  Oh, Steve-O
JAN 1 / Anyone who’s seen Jackass: The Movie knows that Steve-O is totally insane. The punk-rock stuntman has punished his body for years, but he still doesn’t fear hard surfaces or explosions. His zaniest stunt yet? A stand-up comedy gig — the Entirely Too Much Information Tour. Now clean and sober, the 37-year-old superstar tests regular adult jokes on a regular adult stage. But even if he’s not braving death — or at least severe burns — get ready to cringe: Steve-O’s raw comic style is nearly as death-defying as his physical feats. (Pittsburgh Improv, 166 E. Bridge St., Waterfront; 7 p.m.; $25; improv.com)

2.  CloudCamp
JAN 28 / Billing itself as the “unconference,” CloudCamp is an informal powwow for computer whizes and technology gurus who plan to exchange ideas as quickly as they can conceive them. CloudCamp is much like PodCamp because it thrives on cutting-edge software developments — except way more complex. And it’s kind of like TED Talks because it features experts in the field, but it’s way less structured. These open discussions are sponsored by nearly every tech giant in existence — from Intel to Google — and have already attracted a global following. (CloudCamps will take place a week earlier in Denmark and the next day in Senegal.) This Saturday, expect cloudy conditions with a chance of innovation. (Carnegie-Mellon University, 5000 Forbes Ave., Oakland; cloudcamp.org)

3.  Take a Hike
JAN 5 / If you’ve never climbed the streets of Fineview, get ready. This Urban Fitness Hike is an ambitious 5-mile tour of numerous North Side neighborhoods. Five miles may not seem like a long way, but the steep slopes and stairways of Troy Hill will beg to differ. Meet new friends, break a sweat in mid-winter and enjoy the spirited camaraderie of Venture Outdoors. Caution: These hikers move at a steady clip, so don’t expect to amble. (North Side; 6-9:30 p.m.; $6-10; 412/255-0564, ventureoutdoors.org)

4.  Vroooom!
JAN 27-29 / No matter what kind of car you love, you’ll find it at A World of Wheels Custom Car Show. This colossal convention brings together more vintage cars, custom cars, muscle cars, convertibles, hotrods and drag racers than you could possibly see in a day—which is why you have three days to peruse (and drool over) them. You can even join workshops on headlight restoration, body polish and general maintenance. (David L. Lawrence Convention Center, 1000 Fort Duquesne Blvd., downtown; 3-10 p.m. Fri., 11 a.m.-10 p.m. Sat., 11 a.m.-7 p.m. Sun.; $5-15; autorama.com) 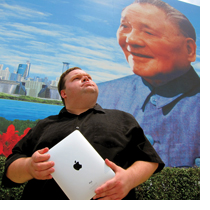 5.  Apple Exposed
JAN 21 / One table. One pitcher of water. One incredible story. Mike Daisey is described as a “monologuist,” but he’s so much more than that. His one-man shows incorporate storytelling, impersonations, rousing rants and daring field research. In order to tell the story of Apple Inc., Daisey traveled to China to tour the computer company’s factory process. In this funny and powerful exposé, The Agony and the Ecstasy of Steve Jobs, Daisey reveals the dark side of a sleek operating system—and the global legacy of the late Steve Jobs. Personal and political, you could call this show “iTheatre.” (Byham Theater, 101 Sixth St., downtown; 8 p.m. $13-35; pgharts.org)

6.  Rachmaninoff’s Symphonic Dances
JAN 13-15 / How many times could you say that you watched a performance by a true pioneer — the first person to make it as a full-time solo percussionist? Exactly. That’s why it’s well worth the trip to Heinz Hall to see the pioneer herself, international sensation Dame Evelyn Glennie, in action. During the PSO performance, she’ll effortlessly perform on a wide range of instruments. What’s more, master Slovakian conductor Juraj Valcuha works his magic with Symphonic Dances. (600 Penn Ave., downtown; call for times and prices; 412/392-4900, pittsburghsymphony.org)

7.  Let Freedom Sing
JAN 14 / Gospel is one of the most transcendent forms of music there is, but most Pittsburghers never have a chance to hear it. If you don’t belong to, say, a well-attended Baptist church, you may have to resort to some old Kathleen Battle albums. That’s what the Pittsburgh Gospel Choir is for — singing because it’s a joyous thing. A diverse group of accomplished singers, the choir tours throughout Pittsburgh, spreading vocal joy wherever its members go. This mid-month performance is just one of many this winter. (Mt. Zion Baptist Church, 6556 Shetland Ave., Larimer; 7 p.m.; pittsburghgospelchoir.org) 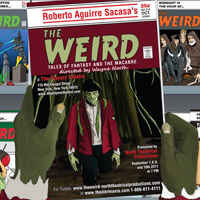 8.  The Weird
JAN 19-29 / Imagine a skit called “A Ten-Minute Play About Rosemary’s Baby.” How about “Insect Love?” Or “Swamp Gothic?” Now, take those titles and try to imagine what they could be about. Got an idea? OK, now take that idea and make it even eerier. That’ll give you some idea what it’s like to watch The Weird, a madcap revue by playwright and comic-book writer Roberto Aguirre-Sacasa. Hilarious, ridiculous and chock-full of monsters, The Weird is a satirical response to Tales from the Crypt. What’s more, this Pittsburgh premiere marks the first full-length production by Twelve Peers Theater, a brand-new stage troupe. (Grey Box Theatre, 3595 Butler St., Lawrenceville; 8 p.m. Thurs.-Sat., 2 p.m. Sunday; 12peerstheater.org)

9.  Toon Time
THROUGH JAN 29 / Every Sunday, they tear through the paper on a mission—in search of the cartoon section. Throughout the remainder of the week, though, they count down the days ’til the next Doonesbury strip is printed. Now, local comic-book enthusiasts can take heart because the ToonSeum has them covered with its current exhibit. More than 50 original works are included in “One Fine Sunday”—all of which ran the same Sunday in 2010. (Lou Scheimer Gallery, 945 Liberty Ave., downtown; call for times and admission fees; 412/232-0199, toonseum.org) 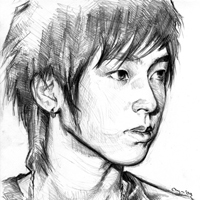 10.  Sketch It
JAN 14 / Once high school ends, it’s hard to find time to sketch. And not everybody is comfortable with nude models in an art studio. Luckily, the Trust Arts Education Center gives you the chance to draw a normal, clothed figure. You may know the basics of shading and foreshortening, but Drawing the Clothed Figure will provide more in-depth instruction. Whether you’re an out-of-practice draftsman or you’re coming to pencil for the first time, this one-day workshop will help you refine your figure-drawing skills. (805-807 Liberty Ave., downtown; 11 a.m.; $35; pgharts.org)

This article appears in the January 2012 issue of Pittsburgh Magazine.
Categories: Arts & Entertainment, Things To Do