Top 10 Things to do in Pittsburgh in October

Your 10 best bets for this month include Laser Stranger Things, an appearance by Stephen Chbosky and the Golden Girls in puppet form.

Oct. 5, 12, 19 & 26
Laser Stranger Things
If you’re like me and can’t get enough of “Stranger Things,” bide your time until season four with a laser show dedicated to its honor. The Carnegie Science Center will set songs from the 1980s and soundscapes from the Netflix series alongside vibrant lasers — let it turn your world “upside down.”
NORTH SHORE: One Allegheny Ave.
412/237-3400, carnegiesciencecenter.org 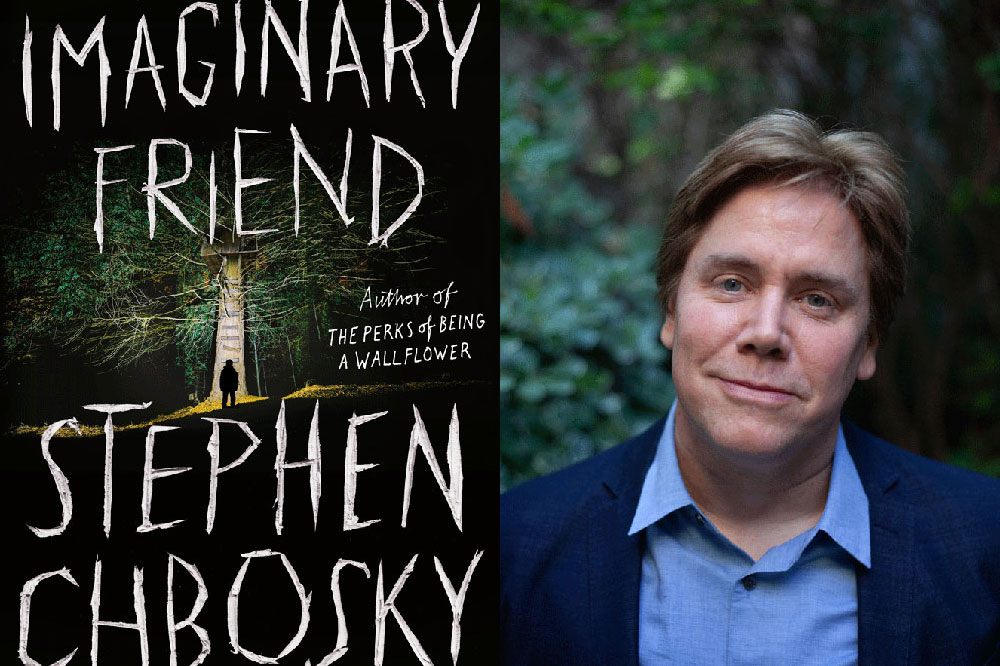 Oct. 7
Stephen Chbosky
Although it will be hard to top his first, much-loved novel, “The Perks of Being a Wallflower,” Stephen Chbosky is giving it a shot with novel No. 2. “Imaginary Friend” is a horror story about a child who goes into the woods alone but doesn’t return that way. Chbosky will be back in town this month to discuss the story for the Pittsburgh Arts & Lectures New & Noted series at the Carnegie Library Lecture Hall. Look for an online Q&A with the author on pittsburghmagazine.com before the event.
OAKLAND: 4400 Forbes Ave.
412/622-8866, pittsburghlectures.org

Oct. 8
Avril Lavigne
Will the real Avril Lavigne be performing this show at the Roxian Live? Or will this be the lookalike that the internet believes replaced her? It’s fine with me either way, as long as whoever is up on stage sings “Sk8er Boi.”
MCKEES ROCKS: 425 Chartiers Ave.
412/331-1050, roxianlive.com

Oct. 11-12
That Golden Girls Show – A Puppet Parody
Take a trip to 1980s Miami with your favorite Golden Girls — in puppet form. The uncanny, fabric versions of Sophia, Rose, Blanche and Dorothy will be at the Byham Theater to parody your favorite moments from the hit series.
DOWNTOWN: 101 Sixth St.
412/456-6666, trustarts.org

Oct. 18
Haunted Museum After Dark
Celebrate Halloween early at the Carnegie Museum of Natural History’s Haunted Museum After Dark. Wear your best costume, try signature cocktails and learn about what the museum is calling their “creepiest specimens” — hopefully these ones don’t come to life a la “Night at the Museum.”
OAKLAND: 4400 Forbes Ave.
412/622-3131, carnegiemnh.org

Oct. 18-19
The Office! A Musical Parody
I know I’ve told you this before, but let me reiterate — I’ve never watched “The Office.” So I write this piece strictly for you, my loyal Office-watching readers, to let you know that an (unauthorized) musical parody of the television favorite is making a stop in Pittsburgh. Follow the employees of Dunder Mifflin as they sing their way through a day of work at the paper company.
DOWNTOWN: Byham Theater, 101 Sixth St.
412/456-6666, trustarts.org

Oct. 19 & 26
Family Lantern Tours
Touted as a family-oriented, historical version of Halloween fun, the Depreciation Lands Museum’s evening lantern tours are a great way to see the grounds of the colonial living museum in the North Hills. Costumed guides will lead you through buildings full of demonstrators — and hopefully you’ll catch a glimpse of the museum’s resident ghost.
ALLISON PARK: 4743 South Pioneer Road
412/486-0563, depreciationlandsmuseum.org

Oct. 26
The Great Pumpkin Run
It’s the Great Pumpkin (Run), Charlie Brown! Held at Triple B Farms, this 5K allows participants to stroll, sprint or skip through orchard and autumn fields all the way to the perfect prize for a fall run — a tiny pumpkin, a hoodie and a glass of apple cider.
MONONGAHELA: 823 Berry Lane
thegreatpumpkinrun.com

Oct. 29-Nov. 3
Mean Girls
Based on the movie written by Tina Fey starring Lindsay Lohan and Rachel McAdams, the musical “Mean Girls” follows newcomer Cady Heron as she tries to navigate her first experience in a public high school. There is one Pittsburgh performance on a Wednesday. Everyone who attends must wear pink. This is a new rule that I just made up.
DOWNTOWN: Benedum Center, 237 Seventh St.
412/456-6666, trustarts.org

This article appears in the October 2019 issue of Pittsburgh Magazine.
Categories: From the Magazine, Hot Reads, Things To Do
Tags: Pittsburgh