Top 10 Things to Do in Pittsburgh in May 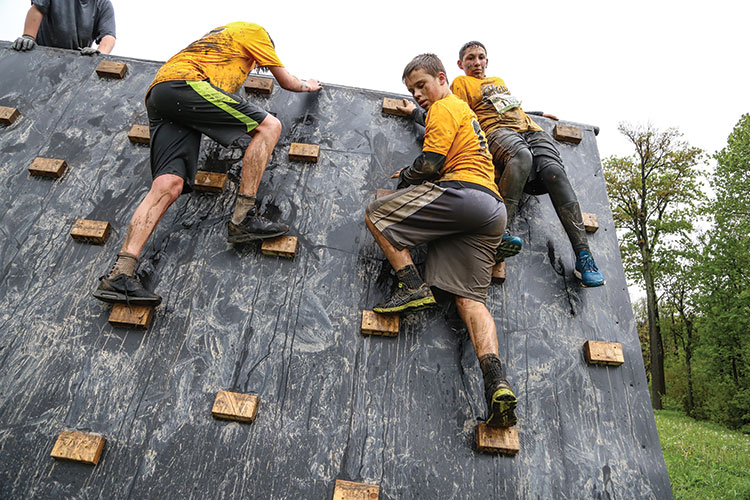 1. May 26/ Two months ago the slopes were covered in snow, but now mud is the name of the game. A variation of Seven Springs’ Mud on the Mountain mud run and obstacle course (May 12), Kids’ Mud on the Mountain is open to ages 8-17 and is split into three divisions with obstacles and new features on each course. (777 Waterwheel Drive, Seven Springs; 814/352-7777, 7springs.com) 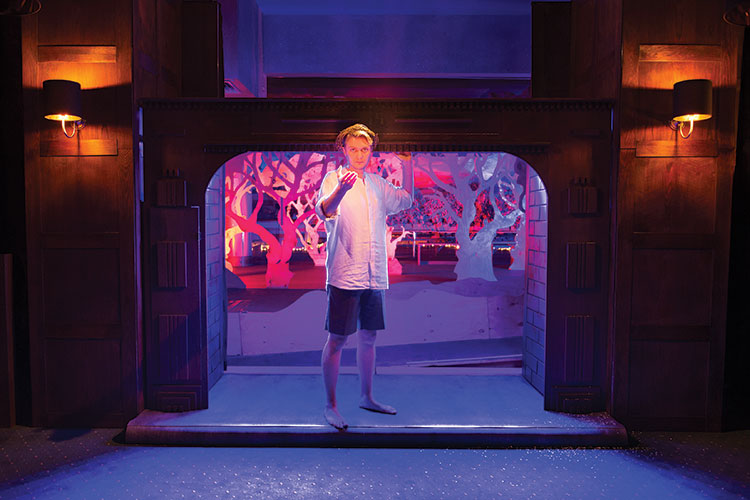 2. May 17-20/ The EQT Children’s Theater Festival, presented by the Pittsburgh Cultural Trust, celebrates its 32nd year with professional theater performances from around the world and more than 40 educational and cultural activities. With free outdoor pop-up performances and family-friendly gallery installations, the festival is a great way to introduce children to the theater — without making them sit quietly in the dark for two hours. (various locations Downtown; 412/456-6666, trustarts.org/pghkids) 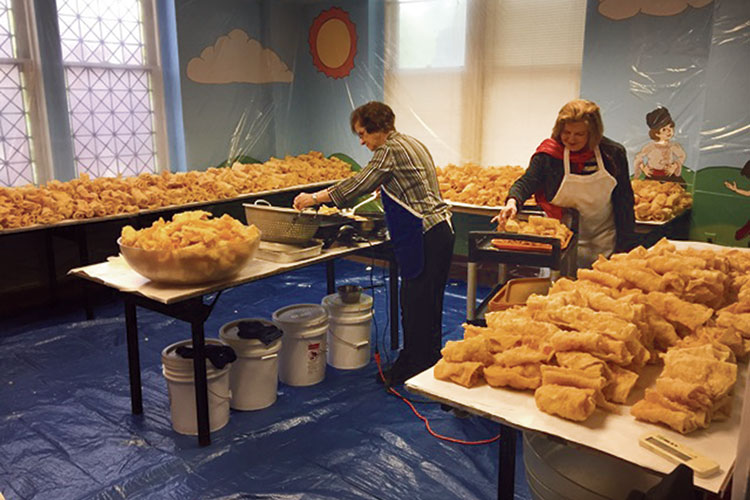 3. May 6-12/ If all you know about Greek culture is what you’ve learned from “My Big Fat Greek Wedding,” take yourself to the Greek Food Festival at Saint Nicholas Greek Orthodox Cathedral in Oakland. The 57th annual festival gives attendees the chance to try homemade Greek food, listen to a live Greek band and witness Greek dancing every night. The food tent is open for lunch and dinner and offers an option to order online. (419 S. Dithridge St., Oakland; 412/682-3866, stnickspgh.org) 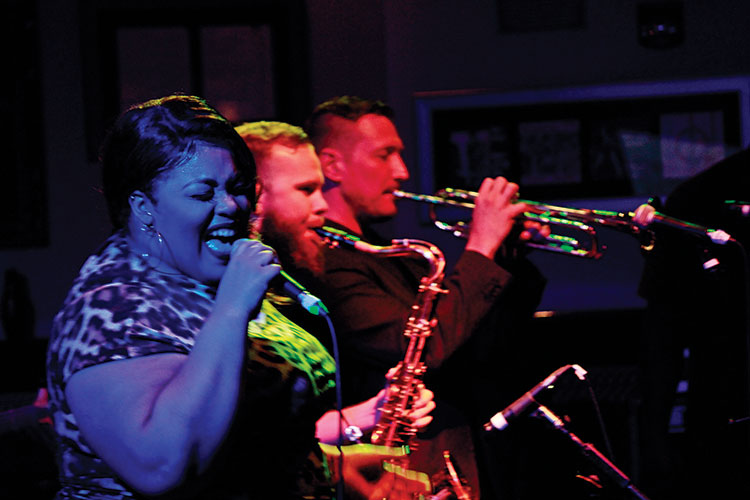 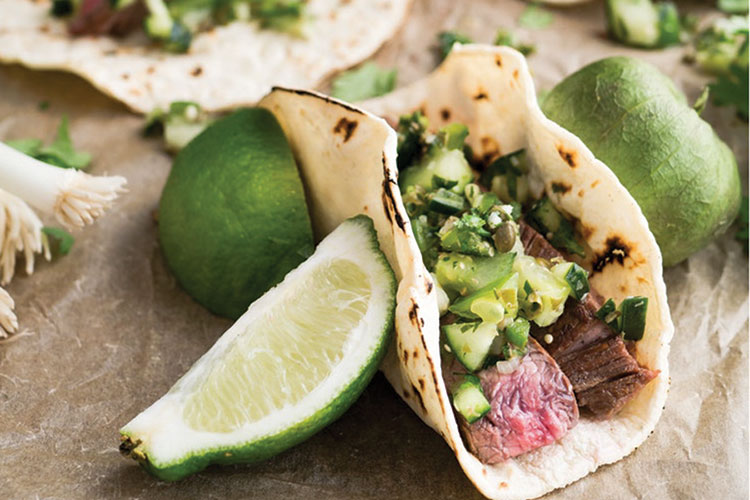 5. May 19/ Why limit yourself to eating tacos on Tuesday? The 2nd Pittsburgh Taco Festival has the right idea; tacos on Saturday, tacos today, tacos tomorrow, tacos every day. Stroll the festival and listen to live music from Latin band Gavas Beat and other local acts, shell out a little extra cash and head to the Tequila Tasting Tent or try tacos from more than 20 vendors, including La Palapa, PGH Taco Truck and Casa Reyna. (Highmark Stadium, 510 West Station Square Drive, Station Square; pghtacofest.com) 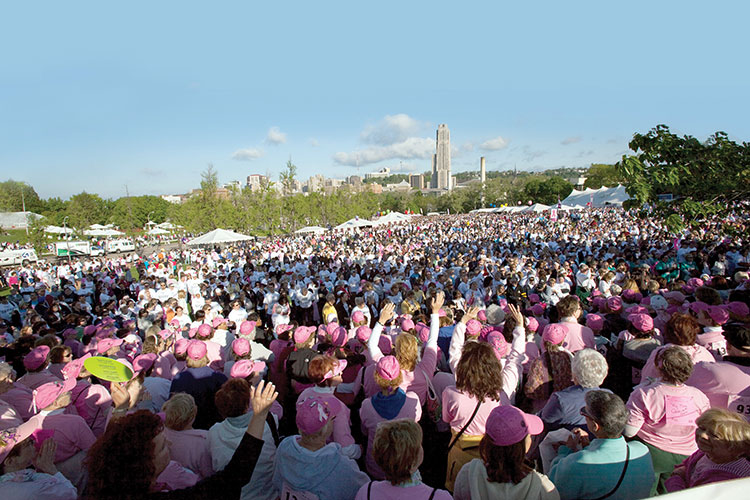 6. May 13/ Join survivors, those living with metastatic breast cancer and those who support them at the 2018 Susan G. Komen Pittsburgh Race for the Cure, held at Flagstaff Hill in Schenley Park. Of the funds raised, 75 percent will support local breast cancer education, screening and treatment initiatives, and the remaining 25 percent goes toward Susan G. Komen’s national breast cancer research initiatives. (One Schenley Drive, Oakland; 412/342-0500, komenpittsburgh.org)

7. May 20/ The Istituto Mondo Italiano is a hidden Pittsburgh gem founded in 2003 to promote Italian language and culture. As part of that goal, the institute offers a variety of programs, including the Italian Street Food Cooking Class. Students will learn to make (and get to take home) three popular Italian street foods — arancini and supplì (both versions of fried rice balls) and olive ascolane (a fried, olive-stuffed snack), from the regions of Sicily, Lazio and Marche. (7604 Charleston Ave., Edgewood; 412/478-2681, istitutomondoitaliano.org) 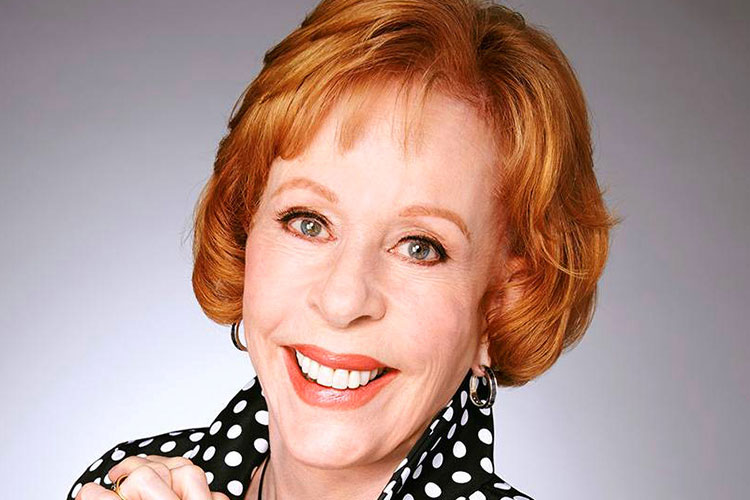 8. May 6/ As one of the first women to break into comedy, Carol Burnett is a living legend. Her self-named television show ran for 11 years, averaged 30 million viewers per week, was named as one of Time’s 100 Best Television Shows of All Time and received 25 Emmy Awards. Her “Evening of Laughter and Reflection” at Heinz Hall will include clips from the show, and Burnett will take questions from the audience. (600 Penn Ave., Downtown; 412/392-4900, pittsburghsymphony.org)

9. May 25-26/ Melanie Carter, artistically known as Blak Rapp M.A.D.U.S.A., co-presents her one-woman play at Kelly Strayhorn Theater’s Alloy Studios. Mary’s Daughter – Memoirs of an Artivist is an autobiographical satire that seeks to show the lives of black women as an interaction of identities, illustrating “the intersecting issues of race, gender, religion, activism and mass incarceration with hip hop as a lens to view the cultural climate in which they exist.” The 75-minute play features five monologues as well as original poetry, rap songs and dance. (Kelly-Strayhorn Theater’s Dance Alloy Studios, 5530 Penn Ave., Friendship; 412/363-3000, kelly-strayhorn.org)

10. May 27/ Prom. To some, just the word evokes the image of poofy dresses and uncomfortable shoes that somehow coincides with one of the best nights of your young life. The LGBTQ+ Youth Prom at The Andy Warhol Museum wants every young person to be able to make those same memories in a space where they are welcomed and affirmed. This year’s fifth annual event is open to youth ages 13-20 and includes a sit-down dinner, dancing, silkscreen printing and more, all for the cost of $5 a person. (117 Sandusky St., North Shore; 412/237-8300, warhol.org)

This article appears in the May 2018 issue of Pittsburgh Magazine.
Categories: From the Magazine, Hot Reads, Things To Do