Top 10 Things to Do in Pittsburgh in June

Your 10 best bets for this month include WizardVue, rooftop yoga and Spamilton. 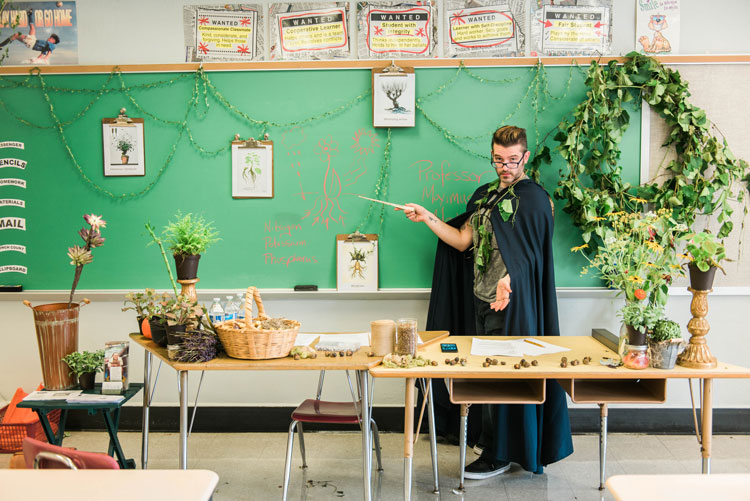 June 22
WizardVue
Cue the Harry Potter theme song. On one magical day this month, the town of Bellevue transforms into the magical wizarding world of WizardVue, a “small borough filled with magic.” Witches and wizards of all ages can explore brick-and-mortar and pop-up shops filled with magic, be sorted into their WizardVue houses and aim to be the next Wizard Idol during a talent showcase.
BELLEVUE: Various sites
wizardvue.org 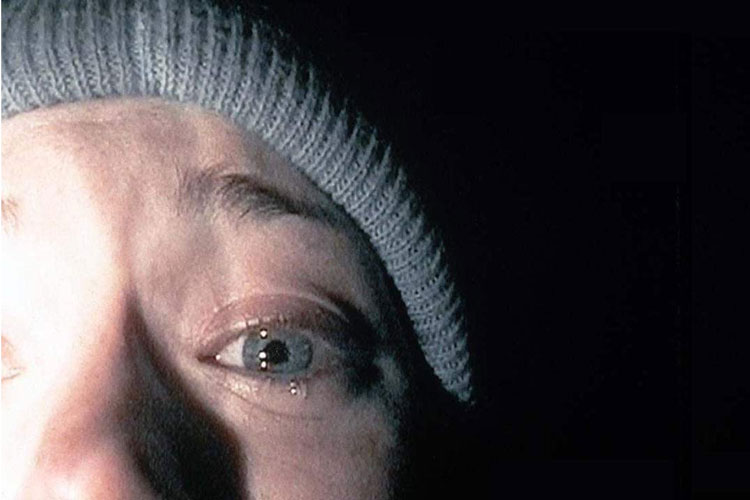 June 1
Science on Screen: The Blair Witch Project
Watching “The Blair Witch Project” was a teenage rite of passage in the ’90s. The movie celebrates its 20th anniversary this year, and the Carnegie Science Center is holding a screening as part of its Science on Screen program. To introduce the movie, local science-of-fear researcher Margee Kerr will discuss the sociocultural factors of the era.
NORTH SHORE: 1 Allegheny Ave.
412/237-3400, carnegiesciencecenter.org 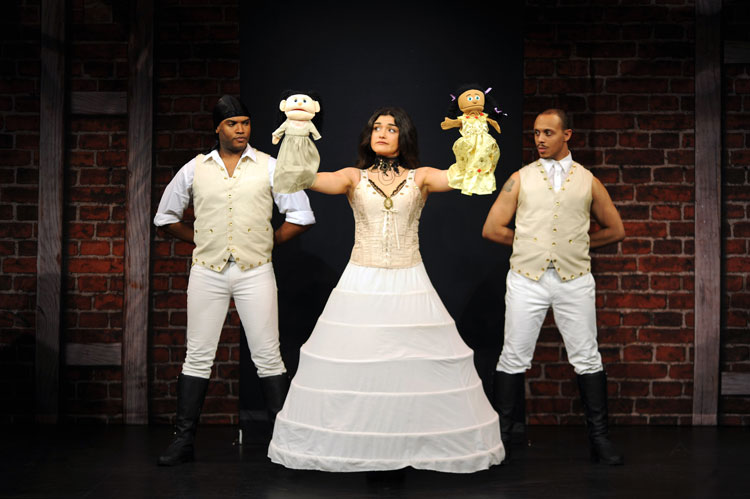 Through June 30
Spamilton
Sometimes I feel as though the musical “Hamilton” has worked its way into every conversation I’ve had within the last year. If you’ve already seen the real deal, or haven’t but could use a laugh, check out “Spamilton,” a parody of the Lin-Manuel Miranda hit, at Greer Cabaret Theater. A bonus? Tickets for this show are probably way easier to get.
DOWNTOWN: 655 Penn Ave.
412/456-6666, trustarts.org

June 8 & 22
PPG Festival of Color & World Oceans Day Celebration
Our Top 10 could technically be the Top 11 this time around, because there are two worthy events this month at the Pittsburgh Zoo & PPG Aquarium. First up is the World Oceans Day Celebration, where the zoo and local conservation groups will demonstrate the importance of protecting our environment through talks and fun educational activities. At the PPG Festival of Color, animals and guests will explore their artistic sides, with craft-themed activities for the animals and sand art, face painting, chalk art and more for the humans.
HIGHLAND PARK: 7370 Baker St.
412/665-3640, pittsburghzoo.org 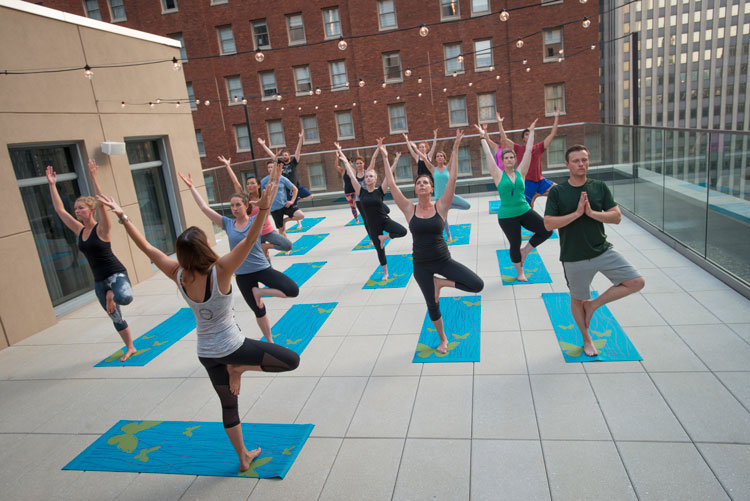 June 19
Mystical Midsummer’s Night: Flow and Readings
It’s one of the longest days of the year, and the Hotel Monaco wants to help you soak up the sunlight. On the Rialto rooftop of the Downtown boutique hotel, Inhale Pittsburgh will lead vinyasa flow yoga. Afterward, enjoy drinks, a smudging demo and mini Reiki sessions. Arts & Crafts Botanica & Occult Shop will be on site to offer tarot readings and a pop-up shop.
DOWNTOWN: 620 William Penn Place
412/471-1170, monaco-pittsburgh.com

June 22
CluedUpp
If you’ve ever wanted to play a giant, outdoor version of the board game Clue, now’s your chance. CluedUpp, an app-based British detective game similar to Clue, makes its way to Pittsburgh and tasks participants with walking the streets, tracking down witnesses and eliminating subjects across the city. My guess is Rick Sebak, with a Terrible Towel, in the Cathedral of Learning.
Various Locations
cluedupp.com/pittsburgh

June 23
New Kids On The Block
In the name of honesty, I’m going to tell you that I never really listened to New Kids On The Block. The first lyrics that pop into my mind when I think of them are “New Kids On The Block had a bunch of hits” — a major facepalm, because these are lyrics to an LFO song. What I do know is that the band is massively popular, and that the show at PPG Paints Arena is bound to impress. Sorry, Marky Mark fans — Donnie is the only Wahlberg brother on this tour.
UPTOWN: 1001 Fifth Ave.
412/642-1800, ppgpaintsarena.com 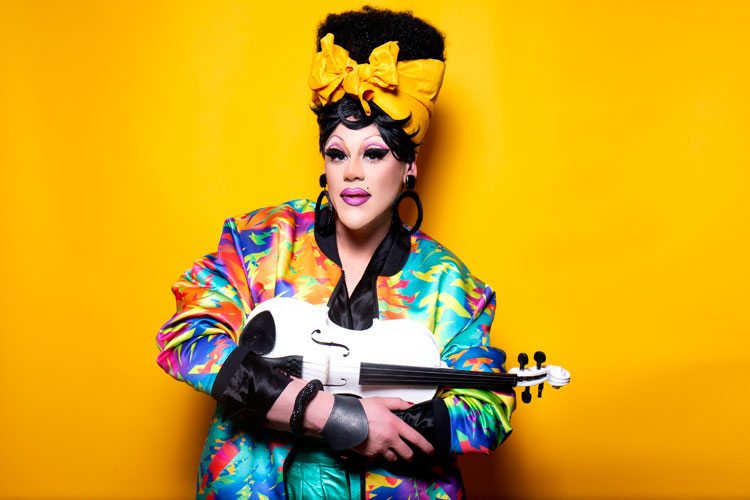 June 27
Thorgy and the Thorchestra
Thorgy Thor, a famous drag queen from the show “RuPaul’s Drag Race” and the new TLC show “Drag Me Down the Aisle,” joins the Pittsburgh Symphony Orchestra for a one-of-a-kind theatrical show. Touted as the “Queen of Classical Music,” Thorgy will sing, play the cello and show off her wit during this performance at Heinz Hall.
DOWNTOWN: 600 Penn Ave.
412/392-4900, pittsburghsymphony.org

This article appears in the June 2019 issue of Pittsburgh Magazine.
Categories: From the Magazine, Hot Reads, Things To Do