Top 10 Things to Do in Pittsburgh in July

Your 10 best bets for this month include Van Gogh in Bloom, Star Wars and the return of Hootie and the Blowfish. 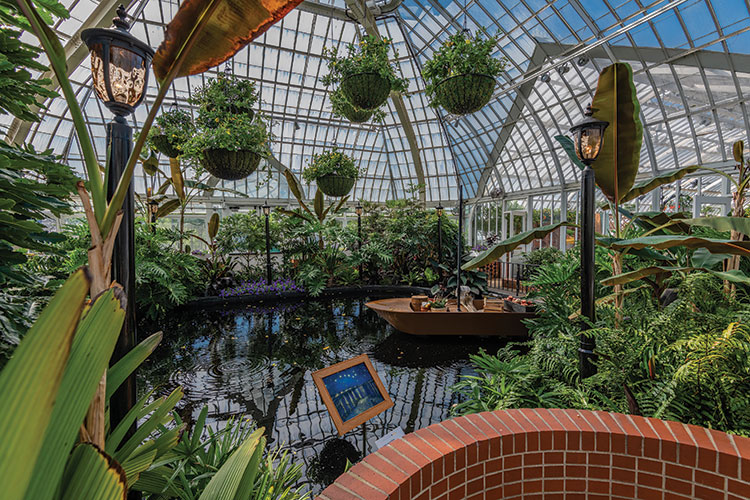 Van Gogh in Bloom
Exhibit. The 2019 Summer Flower Show at Phipps Conservatory and Botanical Gardens, Van Gogh in Bloom, features the work of the famous painter made three-dimensional through colorful flowers, towering trees and hand-crafted props. I had the privilege of seeing the show when it opened in May, and I promise that it’s worth the trip — if only to see Van Gogh’s “Self-Portrait with a Straw Hat” recreated with hundreds of flowers.
OAKLAND: 1 Schenley Drive; 412/622-6914, phipps.conservatory.org

July 12-21
Peter Pan
This month, follow the second star to the right for the magical, on-stage version of “Peter Pan.” Peter, Tinker Bell, the Darling children and the cast of characters in Neverland come to the Benedum Center in this Pittsburgh CLO production (starring Jenn Colella as Peter Pan and Charles Shaughnessy as Captain Hook) for an awfully big adventure filled with faith, trust and pixie dust.
DOWNTOWN: 237 Seventh St.
412/456-6666, trustarts.org

July 14
Patton Oswalt
In today’s contentious political climate, it could make for an interesting Pittsburgh appearance for comedian Patton Oswalt — in 2004 he was booed off the stage here for his commentary on George W. Bush. In any case, stop by the Carnegie of Homestead Music Hall to see the actor perhaps best well-known for his time as Spence on “The King of Queens” this month.
MUNHALL: 510 E. 10th Ave.
412/462-3444, librarymusichall.com 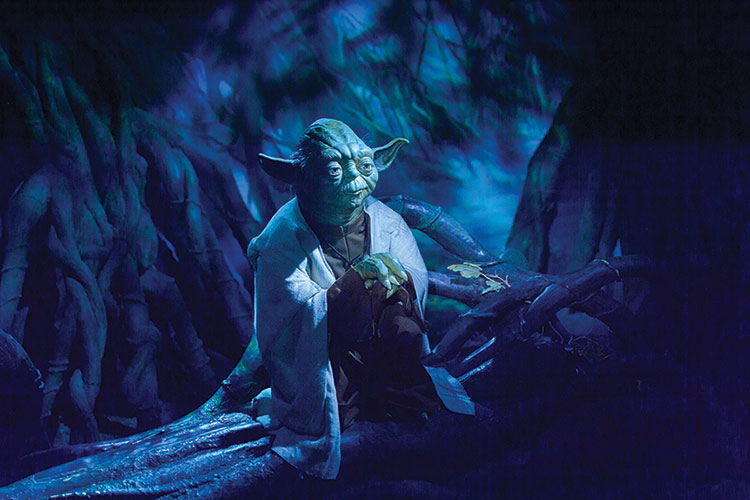 July 19-21
Star Wars: The Empire Strikes Back
It seems as though John Williams is the name behind the musical score of every legendary movie — “Jaws,” “E.T.,” “Jurassic Park,” “Harry Potter and the Sorcerer’s Stone” “Star Wars: The Empire Strikes Back,” and many, many more — so there’s great value to be had in hearing his music live. This month, the Pittsburgh Symphony Orchestra will perform the music from the second film from the original “Star Wars” trilogy accompanying a complete screening of the movie at Heinz Hall.
DOWNTOWN: 600 Penn Ave.
412/392-4900, pittsburghsymphony.org 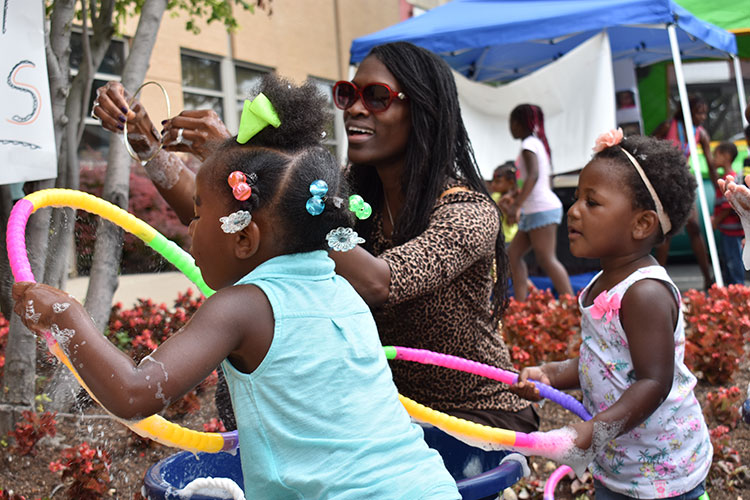 July 20
P.R.I.D.E. Pop Up Mini Art Festival
Designed to help young black children learn about and celebrate their race, culture and heritage, P.R.I.D.E. Pop Up Mini Art Festivals offer a free afternoon of food, fun and activities. July’s event at the Kingsley Association is set to be a mix between a block party and an art festival featuring performances and music.
LARIMER: 6435 Frankstown Ave.
412/383-8726, racepride.pitt.edu/PopUp2019

July 20
Allegheny County Wine & Spirits Festival
It’s summer — that magical time of year when the weather is warm and evenings are meant to be spent outside. Add to the magic by pretending you’re one of the rich and famous while drinking wine on the lawn of a grand mansion at the inaugural Allegheny County Wine & Spirits Festival at Hartwood Acres. In addition to samples from regional wineries and distilleries, the festival will feature food trucks and live music.
INDIANA TOWNSHIP: 200 Hartwood Acres, alleghenycounty.us/specialevents 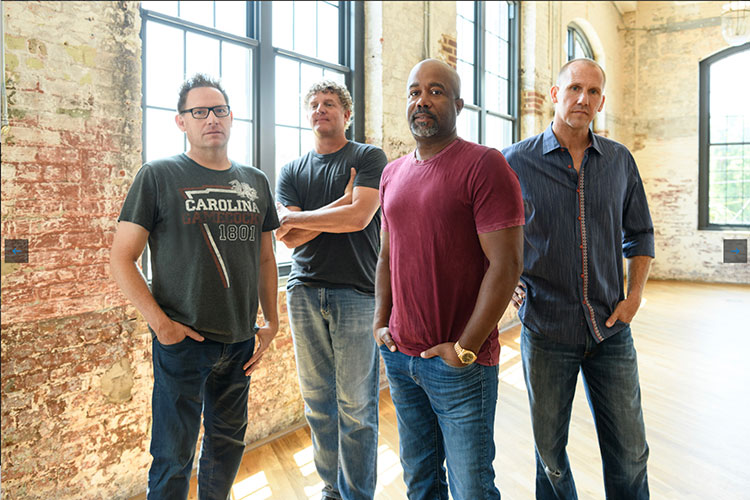 July 21
Hootie & The Blowfish
After a 10-year hiatus, Hootie & The Blowfish are back with a new album and a Group Therapy Tour with Barenaked Ladies. Led by frontman (and solo country music star) Darius Rucker, the band will stop at KeyBank Pavilion to commemorate the 25th anniversary of its debut, Grammy-winning album “Cracked Rear View.”
BURGETTSTOWN:
665 Pennsylvania 18, hootie.com 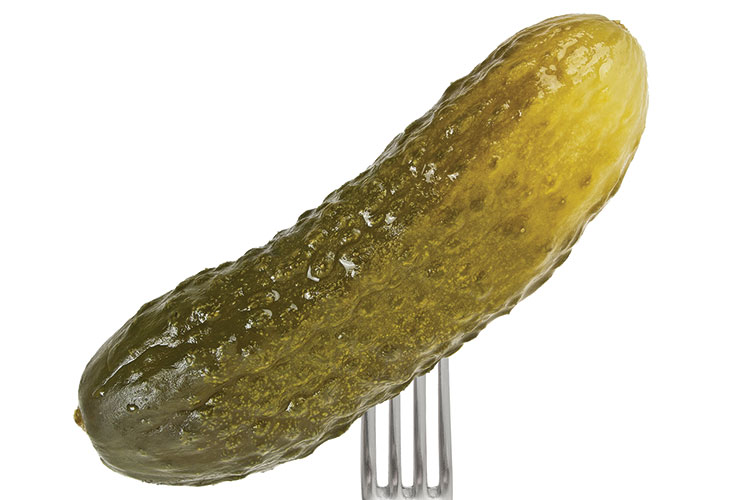 July 26-28
Picklesburgh
This festival is one of the most ridiculous things that happens in our city, and that means that I love it. Nothing screams “Pittsburgh” more than shutting down streets and an entire bridge to fly a giant Heinz pickle balloon and host a multi-day festival that celebrates all things pickled. For its fifth year, Picklesburgh has doubled in size — a great thing, because you won’t have to be so close to strangers when you inevitably feel queasy after watching (or participating in) the pickle juice drinking contest.
DOWNTOWN: Various locations
picklesburgh.com

July 28
Star Party
This month, we’re featuring a story about Pittsburgh’s involvement in a new space race — and you too can be part of the community reaching for the stars at the Murrysville Community Park Star Party, hosted by the Amateur Astronomers Association of Pittsburgh. Bring a blanket and get ready to do some stargazing — you’ll be able to spot Jupiter, Saturn and the Aquarids Meteor shower at this free event (registration is required).
MURRYSVILLE: 4056 Wiestertown Road
murrysville.com/197/Star-Party

This article appears in the July 2019 issue of Pittsburgh Magazine.
Categories: From the Magazine, Hot Reads, Things To Do