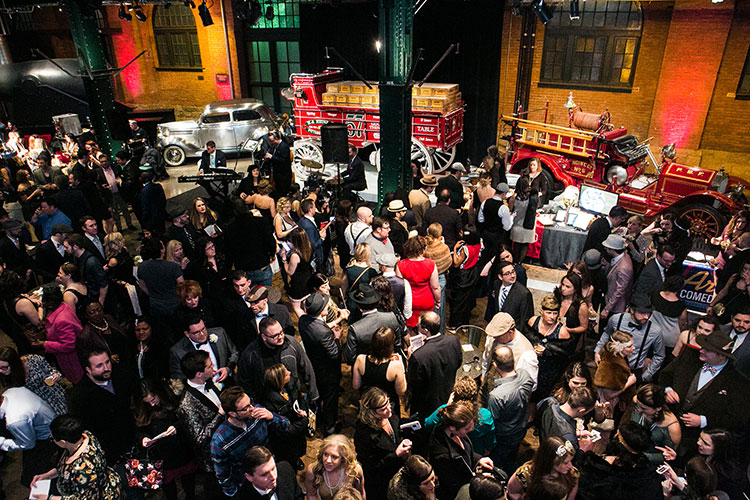 Feb. 15
Out of This World Event. I’m sure by now you’ve heard: There’s a spaceship in town. If you haven’t seen the Heinz History Center’s Apollo 11 exhibition yet, or if you have and want to check it out again, History Uncorked: Out of This World is one of your last chances to do so. Falling on the final weekend of the “Destination Moon” exhibition, the event will offer something for everyone over the age of 21, including food, drinks, dancing and space-themed activities. Plus, you’ll be able to cross “see artifacts that have been in space” off your bucket list.
STRIP DISTRICT: 1212 Smallman St.; 412/454-6000, heinzhistorycenter.org 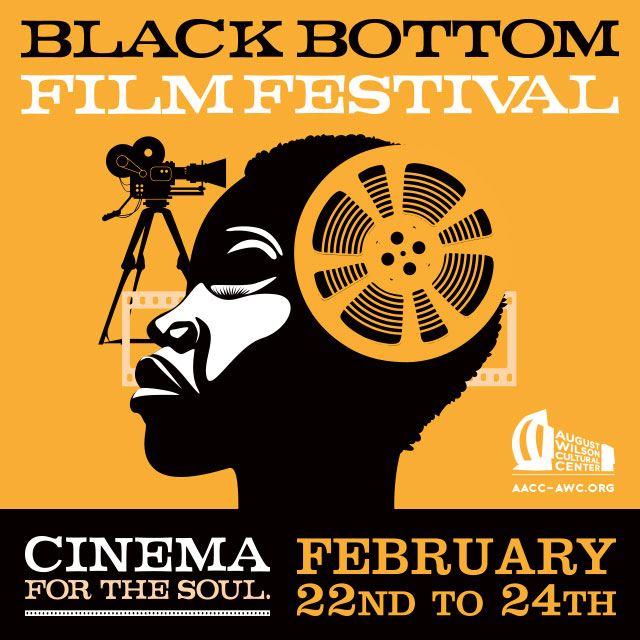 Feb. 23
Lights! Glamour! Action!
It’s not the Oscars, but let’s be honest — this is probably the closest most of us will ever get, right? Dress in your finest attire and support the Pittsburgh Film Office at the 19th annual Lights! Glamour! Action! gala event, held at The Pennsylvanian Downtown. While your favorite “celebrity-celebrity” probably won’t be there, your favorite Pittsburgh celebrity might be, and that’s almost as good.
DOWNTOWN: 1100 Liberty Ave., 412/261-2744, pghfilm.org 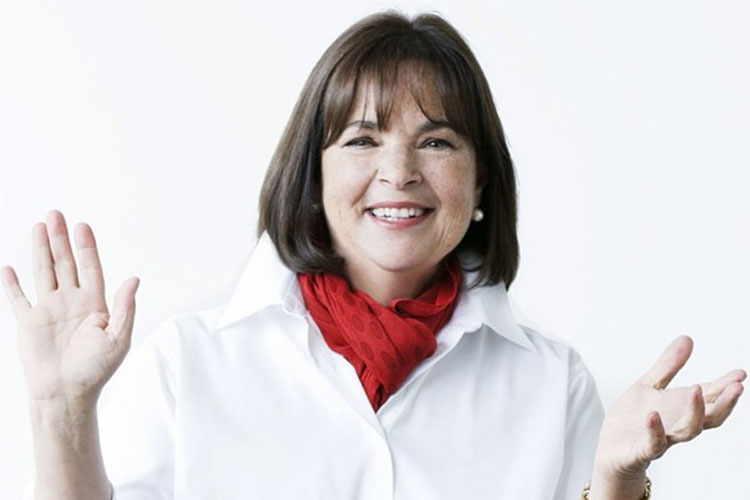 Feb. 26
Ina Garten
Ina Garten knows food. As the author of 10 New York Times bestselling cookbooks and the host of an Emmy and James Beard award-winning Food Network show, the Barefoot Contessa can do things in the kitchen most can only dream of. This month, she comes to Heinz Hall to talk about her life, share behind-the-scenes stories and field questions from the audience. Who’s going to be the brave one to ask her to cook their next Thanksgiving dinner for them?
DOWNTOWN: 600 Penn Ave., 412/392-4900, pittsburghsymphony.org 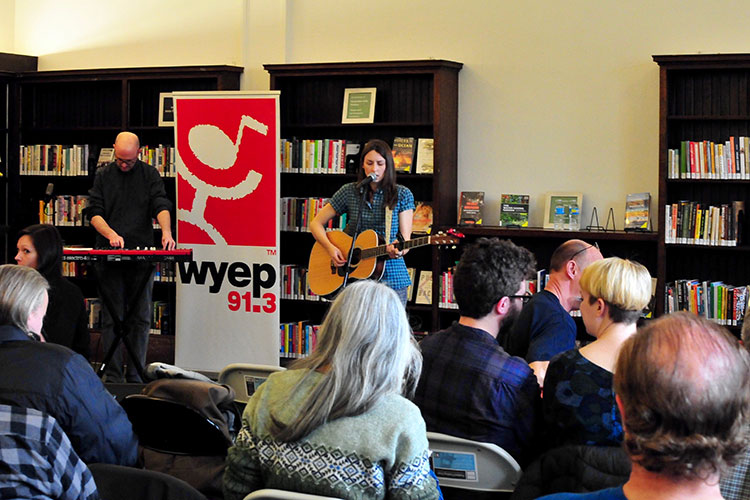 Feb. 3
Alternative Souper Bowl
If football isn’t your thing, ignore Super Bowl Sunday and give WYEP’s Alternative Souper Bowl a shot. While others watch the game, you can head to the Carnegie Library in Oakland to do good and see a free concert featuring some of the city’s best talent. Donations of non-perishable food items for HEARTH’s family shelter will be collected.
OAKLAND: 4400 Forbes Ave., 412/381-9131, wyep.org 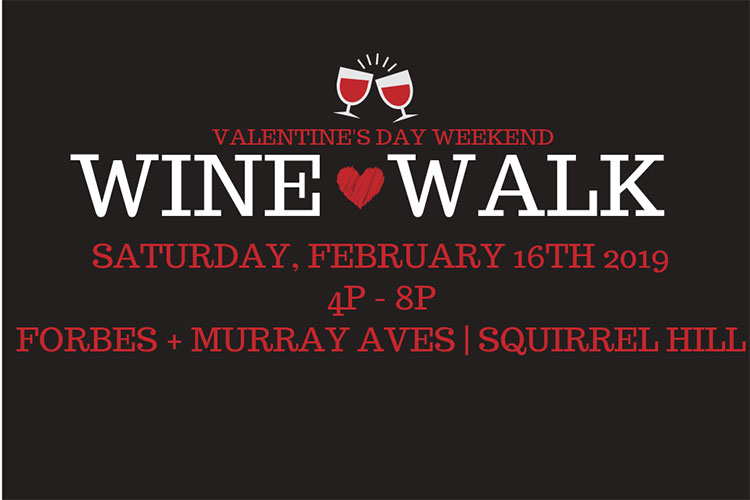 Feb. 23
Art All Around Us
The arts in Pittsburgh collide for Art All Around Us at Heinz Hall, a concert highlighting collaborations of music with visual arts, movement, theater, poetry and design. Performances include a steel drum band, dancers, a poet and live illustration by a local artist.
DOWNTOWN: 600 Penn Ave., 412/392-4900, pittsburghsymphony.org

Feb. 23
Blake Shelton
Blake Shelton is a country music superstar, a seven-time Grammy Award nominee, a longtime judge on “The Voice” and Gwen Stefani’s boyfriend. The singer, who has hits such as “Austin,” “Ol’ Red” and “God Gave Me You,” brings his Friends and Heroes Tour to PPG Paints Arena, along with opening acts The Bellamy Brothers, John Anderson, Trace Adkins and Lauren Alaina.
UPTOWN: 1001 Fifth Ave., 412/642-1800, ppgpaintsarena.com 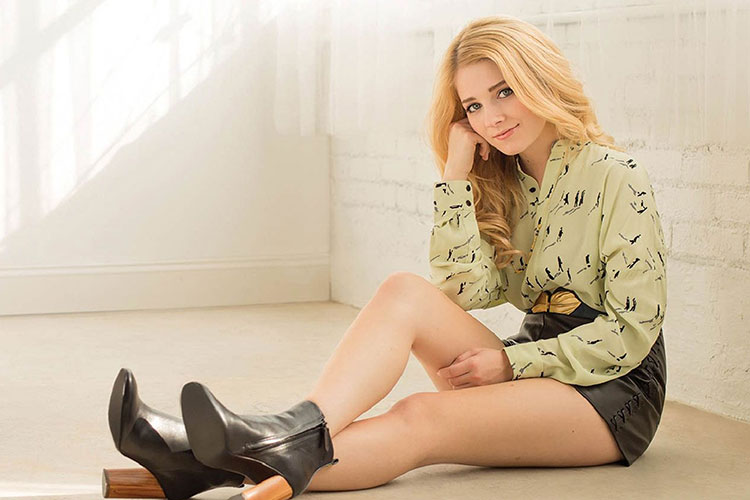 Feb. 15
Jackie Evancho
When she debuted on “America’s Got Talent,” she was only 10 years old, and she went on to become the youngest person to give a solo concert at the Lincoln Center. Now, Pittsburgher Jackie Evancho is a multi-platinum international recording artist who recently announced that she is moving to New York City and admitted that her early fame took a toll on her childhood. She will back in Pittsburgh this month for a concert at the August Wilson Cultural Center.
DOWNTOWN: 980 Liberty Ave., 412/735-9173, thebraveheartfoundationofpittsburgh.org 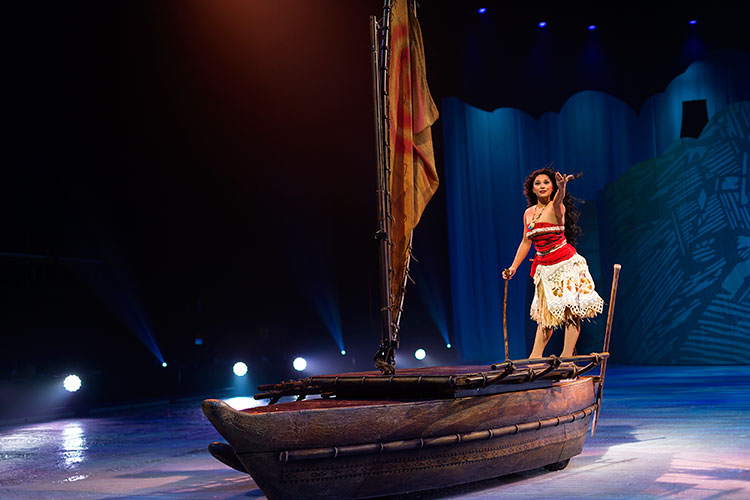 Feb. 28-March 3
Disney on Ice
Moana, Jasmine and Mickey Mouse walk onto a skating rink. It’s not the beginning of a bad joke — it’s the premise for Disney on Ice: Mickey’s Search Party. Mickey and his friends follow Captain Hook’s treasure map on a search for Tinker Bell through the worlds of “Coco” (in its Disney on Ice debut), “Moana,” “Aladdin” and more at PPG Paints Arena.
UPTOWN: 1001 Fifth Ave., 412/642-1800, ppgpaintsarena.com

This article appears in the February 2019 issue of Pittsburgh Magazine.
Categories: From the Magazine, Things To Do