Your guide to the very best things to do in Pittsburgh in September. 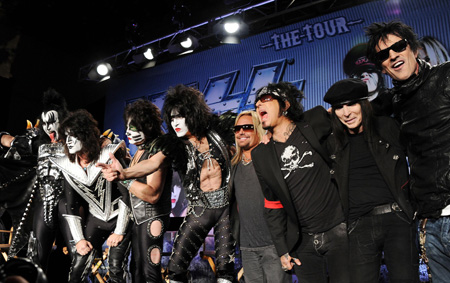 Olde Worlde
Through Sept. 30
What hearest thou, from yonder heath? The clang of swords? Forsooth, a faire, sirrah! Elizabethan culture comes alive at the Pittsburgh Renaissance Festival, the annual family-friendly gathering of knights, maidens and juggling jesters. Nowhere else can you chew a leg of salted turkey and watch armored men joust each other with actual lances. You’ll find an entire village of period performances — plus, patrons are also encouraged to don their own corsets and pantaloons.

Strike a Chord
Through Sept. 30
The full title of this Carnegie Science Center exhibit is “Guitar: The Instrument That Rocked the World.” And when you think about it, what creation contributed as much to the sound of American music? Using only six strings and a pick, musicians transformed their groups from orchestras into bands — thus creating a new universe of auditory expression. “Guitar” reveals the history of the instrument, how it works and the many shapes it takes. Peruse more than 60 different samples, including a 40-foot axe that made the Guinness Book of Records.

Dawn of the Dead
Sept. 1
It stands to reason that Pittsburgh would host a zombie-themed race. After all, we love zombies, we’ve come to love races — and everybody gets excited about a crowd of frantic civilians pursued by a horde of undead brain-eaters. Of course, a regular racetrack is a poor simulation of an actual zombie outbreak, which is why the Run for Your Lives race is also a physically challenging obstacle course. Even the survivors end up soaked, slathered in mud, and exhausted from all the climbing and crawling.

Still Shouting at the Devil
Sept. 2
Nowadays, it’s rare to hear someone say “heavy metal” in ordinary conversation. Gone are the days of glam and hair bands, when “Rock of Ages” was a Def Leppard song and not a Tom Cruise flick. Yet nearly every red-blooded American smiles at the idea of a Kiss-Mötley Crüe double bill. Guys like Vince Neil, Nikki Sixx and Gene Simmons are still recording albums after decades of roller-coaster fame. They still wear makeup and outrageous outfits, and they still rock and roll all night. Whether you go for nostalgia, experience or sheer irony, this concert is sure to rock your world.

Country Charm
Sept. 15-16
When you exit Pennsylvania’s highways, you find back roads dotted with covered bridges. These antique wooden structures are simple, beautiful and just as functional today as they were in the 1800s. But the Covered Bridge Festival is more than a celebration of old-timey architecture — it offers every kind of folk art, from gospel choirs and homemade pierogies to Civil War re-enactors and craft tables. This festival takes advantage of 10 different spans, including bone-white Carmichaels Bridge and quaint little Ebenezer Bridge.

Art Nouveau
Sept. 28
Every four months, the Pittsburgh Cultural Trust hosts another sprawling Gallery Crawl. Sometimes people forget how massive and exciting this free downtown tour has become, thanks to both Trust creations and other city initiatives (like Project Pop Up). If you haven’t attended in a while, you might notice some new additions to the Cultural District: Fraley’s Robot Repair, an art installation by Toby Atticus Fraley that’s made to look like a “Jetsons”-style workshop, and the Liberty Avenue location of Awesome Books are just two of the add-ons. As always, the Crawl showcases new works, such as The City & The City at Wood Street Galleries.

Cin Cin!
Sept. 28-30
Around 1900, a wave of immigrants came to Pittsburgh from Italy’s Abruzzi region. Almost overnight, Bloomfield transformed from a town of central Europeans into “Little Italy,” and so the neighborhood has remained. Little Italy Days offers food, music and culture. Bloomfield is always well-stocked with Italian cuisine, but here’s a legit excuse to eat all the cannoli, gelato and fennel sausage you desire. Plus, you can see a parade, try your hand at bocce and enjoy drink specials at joints along the Liberty Avenue corridor. When the tents go up, la vita bella begins.

The Pipes, The Pipes Are Calling
Sept. 30
What Riverdance did for Gaelic folkdance, Celtic Thunder now does for Irish song. The five charismatic men of Celtic Thunder are all smiles and impeccable fashion, like a boy band designed by Ralph Lauren. The guys have produced a basketful of albums, and fans around the world adore Celtic Thunder for their soaring voices and manly diction. Their current show, Voyage, combines traditional ballads and contemporary chart-toppers. If you’re remotely Irish, prepare yourself for a typhoon of Emerald pride during their one-night performance.

To Market,  To Market
Sundays
Since May, shoppers have crowded into the Pump House every Sunday for a tie-dye shirt and a Franktuary hot dog. The antique Pump House has hosted all kinds of amazing activities in recent years — but the best potluck is the Sunday Heritage Market, which runs through October. This weekly gathering of local vendors gives shoppers a grassroots alternative to big-box stores. Hear live music, try some free yoga and taste samples from Pitaland. Don’t even worry about the unpredictable weather — the market operates indoors.