The 10 best things to do in Pittsburgh in July. 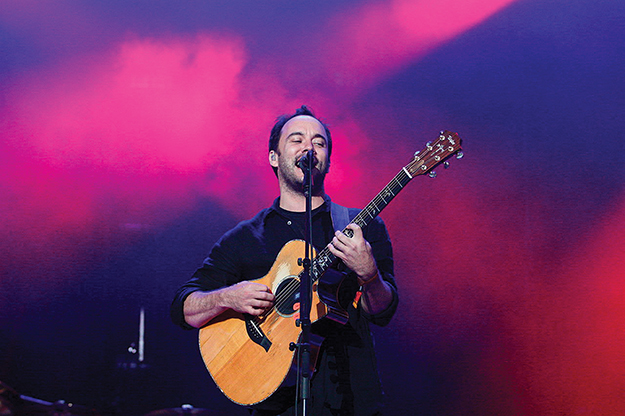 Fourth of July and EQT Pittsburgh Three Rivers Regatta
July 4
Pittsburgh is a fireworks town. We love our rockets’ red glare. But no celebration is more spectacular than the Fourth of July. When the Declaration of Independence was signed, Pittsburgh was only a small village on the edge of the Thirteen Colonies, but independence has done us well. This month, we celebrate 236 years of liberty with funnel cake, sunsets on the Golden Triangle, yachts on the Ohio River and a cosmos full of colored explosions. The EQT Pittsburgh Three Rivers Regatta ends with the “Flashes of Freedom” Fireworks Fantasia, rated as one of the best displays in the country.

Butler Fair
June 29-July 7
When the first Butler Fair was held in 1856, farmers showed off livestock and produce. Today, the fair draws thousands from all over the tri-state area, and the attractions are endless: square dancing, antique tractor pulls, a motorcycle night, motocross shows and even a demolition derby. As always, the weeklong fair falls on Independence Day, when Shively Fireworks ignite the sky. Even if hay and diesel irritate your sinuses, the Big Butler Fair is worth it just for the musical lineup: Rusted Root, the Clarks, Lonestar and Casey James.

Curling and TropiCurl
July 5-8
OK, so the sport of curling usually implies ice. But even in the height of summer, curlers can push their stones in the frigid comfort of an enclosed ice rink. And Neville Island just happens to have one in the Island Sports Center. Hence TropiCurl, a summer tournament that gathers curlers from all over — just as long as their team is recognized by the World Curling Federation. This four-day championship will determine who claims curling glory in Pittsburgh’s warmer months and who must keep practicing their sweeping strokes. Remember, curling is no game. It’s a bonspiel.

Steel City Con
July 27-29
Last year, Adam West, the original Batman, showed up and posed in front of the Batmobile. Can that be topped? Steel City Con is a yearly congregation of collectors, fanboys and comic-book nuts, who trade everything imaginable. You will stumble into more Stormtroopers, Vulcans and Jokers than you ever imagined seeing in real life. Unlike Comicon, Steel City caters to every kind of pop-culture junkie. No action figure is too obscure, and no celebrity too peculiar. This year’s lineup includes Verne Troyer (aka Mini-Me) and Dave Barclay, who played Jabba the Hutt.

Bushy Run Trail Run 5K Race & Walk
July 8
Who could’ve ever pictured a battlefield as being the host site of many nice things, including tours and runs? The latter will take place this month, as the Bushy Run Trail Run 5K Race & Walk gets people moving. Jog along the gorgeous trails and enjoy the overall challenge. Elite runners (and walkers!) will receive awards for outstanding times. And the best part is that all efforts (both monetary and physical) will go toward something great: Proceeds benefit Penn-Trafford area parks and rec facilities.

The Moth and StorySLAM
July 10
“True stories, told live, without notes.” That’s the mantra of The Moth, a storytelling series started in New York. Using only a microphone and an open stage, the Moth’s format has taken the nation by storm, made all the more popular by segments on public radio. And what better setting for live narrative than Pittsburgh, a city that thrives on friendly story swaps? The StorySLAM takes the oral tradition one step further, by giving these raconteurs time limits and healthy competition. Find out the second Tuesday of every month.

Doo Dah Days
July 14
Stephen Foster is one controversial Pittsburgher. On the one hand, he wrote some of America’s most famous songs, such as “Camptown Races” and “My Old Kentucky Home.” On the other hand, he never lived in the South, and his “minstrel shows” wouldn’t exactly thrill audiences today. But one thing’s for sure: The American Songbook wouldn’t be the same without him. Doo Dah Days is a one-day celebration of Stephen Foster’s life and music, taking place in the Allegheny Cemetery. Visitors can hear live renditions of Foster’s immortal melodies, right near the spot where the composer was laid to rest.

Dave Matthews Band
July 13-14
Among fans, Dave Matthews is known only as “Dave.” The South-African singer is famous in every corner of the globe, and when the Dave Matthews Band arrives in town, shows sell out in a heartbeat — proving that the man is as beloved now as he was in the mid-1990s. Guided by an airy voice and gentle rhythms, Matthews and his crew create warm feelings wherever they go. This two-night performance should draw a good mix of aging Gen-Xers and college students with a jam-band streak..

Great American Water Balloon Fight
July 21
On a hot Pittsburgh afternoon, nothing feels better than a little water. But how about a whole lot? The folks behind the inaugural Great American Water Balloon Fight expect 3,000 contestants and 100,000 balloons to make a splash at Point State Park on July 21. But before the four teams get soaked in the Splash Zone, they can enjoy live music and food, plus kid-friendly fun. Things will get “slippy” for a good cause: Proceeds from the purchase of food and balloons go to Team Tassy, a foundation fighting global poverty. And, as always, the driest team left wins.

Vintage Grand Prix
July 13-22
Stock cars used to be so small —  like little bobsleds with wheels. But those tiny engines sure packed a lot of power, and during the week of the Vintage Grand Prix, you can hear their hum a mile away. If you’ve never seen a vintage racecar, you should take the opportunity. These antique vehicles parade through Schenley and Shadyside with a charm and dignity that no NASCAR racer will ever match. And if you have even the faintest interest in hot-rod construction, you’ll find more expert tinkers and mechanics here than anywhere else in the city.