The 10 best things to do in Pittsburgh in May. 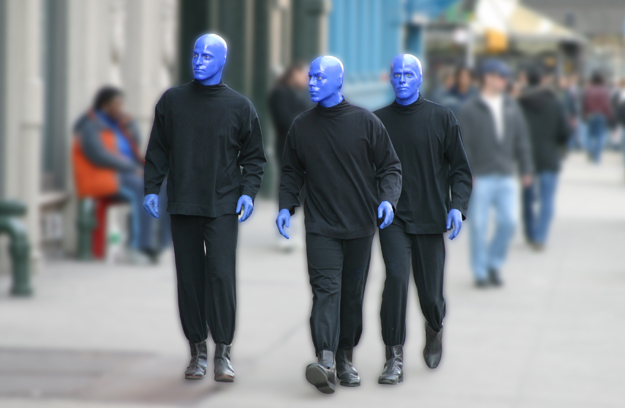 Pittsburgh Wine Festival
May 3
If you love wine, the Pittsburgh Wine Festival, now in its 10th year, is pretty easy to enjoy: Just visit a participating restaurant and see what the winemakers and educators recommend. But if you really love wine, visit the Grand Tasting event at Heinz Field. Here are two of Pittsburgh’s favorite pastimes — sipping drinks and hanging out in a stadium. But the event offers more than a chance to taste new vintages: You may also learn about nearby vintners, local craftsmen and the entire winemaking process. What’s more, proceeds benefit Discovery and Innovation at UPMC.

Pittsburgh Passion
May 5 & 12
They wear black and gold. They make incredible passes. They hit hard. And every member of the team is a woman, from quarterback to linebacker. This is no amateur sport: The Passion has been broadcast on ESPN3 and has been named “Sportswoman of the Year.” Indeed, the franchise is partly owned by former Steeler Franco Harris. Catch one of two home games this month, as the team plays its 10th (and final) season at Cupples Stadium before moving to Station Square.

An Evening With Yanni
May 9
Yes, at last, Yanni comes to Pittsburgh. It’s been a long time since the Greek megastar played at The Acropolis. Many years have passed since every PBS-watching Baby Boomer in the country owned a Yanni audio cassette. He’s since shorn his mustache and romance-novel hair — so basically, he looks downright normal these days. Not everyone is a fan of Yanni’s easy-listening style, which he has cultivated since his Grammy-nominated 1992 album Dare to Dream. But the master pianist is revered for his live performances, and for novelty alone, attending a real-life Yanni concert is priceless.

Race for the Cure
May 13
For 20 years, Pittsburghers have strapped on their running shoes and raced for “the cure” — that is, a cure for breast cancer. Named after Susan G. Komen, the race attracts thousands of runners. They run for personal health, to honor a family member or friend—and a few participate to actually win the race. Like the Great Race, there are a variety of routes (5K competitive, 5K non-competitive and 1-mile fun walk), which means anyone can join in on the fun. And remember: Every stride forward is a step toward ending cancer.

Celebrate Life, Celebrate Art
May 14
Normally, Pittsburgh isn’t an “art auction” kind of city. Oh, we have a lot of artists — and some serious art collectors. But you don’t see many fur-clad culturati bidding on Van Gogh paintings. Not surprisingly, Celebrate Life, Celebrate Art is a special kind of auction: Proceeds benefit the Persad Center, an LGBTQ counseling service; it helps people through discrimination cases, gender reassignment, HIV issues and substance-abuse treatment. This art auction is a fun way to bolster the Free Care Fund. Help ’em reach this year’s goal of $250,000.

Blue Man Group
May 15-20
At this point, Blue Man Group has become so globally famous that it’s hard to believe it began as a weird little performance piece in New York’s underground arts scene. Today, Blue Man tours the world and plays nearly every night in several cities. Celebrated for their black outfits, rubbery skin, unblinking eyes and perfect sense of rhythm, the Blue Men percuss every kind of PVC pipe, creating massive science fiction operas out of everyday home improvement supplies. In one action-packed night, they’ll explore a few themes—all without speaking a word.

Pittsburgh International Children’s Festival
May 16-20
If you’ve never attended, you might balk at the Children’s Festival. But like Warner Bros. cartoons and The Muppets, this festival is just as much fun for adults. What’s not to love about giant body puppets, origami sculpture and, most enticing of all, a giant 3-D labyrinth, brought to you by the UK-based “Architects of Air”? This is no standard-fare Raffi concert; instead, think of Drums United, a mash-up of every percussive instrument imaginable. The show may officially appeal to kids 10 and younger, but we dare you not to enjoy it, with or without your own progeny.

National Road Festival
May 18-20
Most Pittsburghers have no idea how important Route 40 is. This long stretch of road cuts through Washington, Fayette and Somerset counties, and you’d never suspect that the “National Road” was integral to the French and Indian War, the American Revolution, and the start of westward expansion. Today, the scenic highway is littered with historic sites and villages, and this month, you’ll find the National Road Festival, known as the “world’s longest festival in the U.S.” Just cruise down Route 40 to check out more craft fairs, concerts, food stalls, yard sales and re-enactments than you could shake a musket at.

Glitzburgh: Glamour Meets Giving
May 20
Thirty bucks can buy you a lot — new kicks, sunglasses or a Blu-ray disc. But a fun time with several hundred people, appetizers, live entertainment and a fashion show? Well, that’s what makes Glitzburgh special. Aiming to raise countless dollars for the Children’s Institute of Pittsburgh, this event features lots of local talent — from the distinguished models (we always knew Steeler James Harrison was a softy) to the apparel from regional lines and shops. This can’t-miss gathering, hosted in an upbeat nightclub, is full of heart.

PyroFest
May 26
Pittsburghers love their fireworks. Not a summer week goes by that somebody isn’t launching rockets into the stratosphere, lighting up the downtown skyline. But PyroFest may just out-burn them all: This one-day extravaganza will ignite more gunpowder than Pittsburgh has ever known because the pyrotechnics go on all day long. Hosted by Pyrotecnico, a New Castle-based fireworks company, PyroFest promises explosive devices you’ve never seen or imagined before, set against the bucolic grounds of Hartwood Acres. What, you ask, have you never seen or imagined? Picture a “colored smoke” show, a “300-foot pyro sun” and a “pyro UFO launch.” Our only advice: Bring earplugs.