The 10 best things to do in Pittsburgh in April. 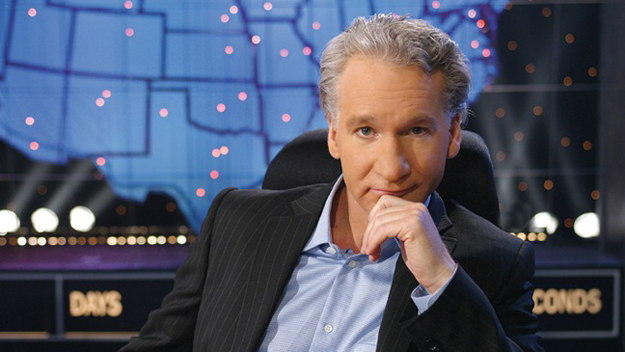 Moody Blues
April 2
Some bands just keep on truckin’ — into the next decade, even the next millennium. No matter how gray they get, these musicians play as well as ever. The Moody Blues: The Voyage Continues — Highway 45 is a tour that celebrates 45 years since the group’s famous first album, Days of Future Passed. How long have they been on the road? Well, even their “reunion” tour lasted more than 13 years. And they’ve really evolved over the past half-century: “Nights in White Satin” is worlds away from “Your Wildest Dreams.” This one-night show is a rare chance to see some early classic rockers in concert.

Hot Jam
April 6
There is something irresistible about glassworks. When a white-hot tulip of glass is pulled from the oven, most people are transfixed by the primal glow of molten sand. Pittsburgh is lucky to have its own Glass Center — and luckier still for Hot Jam, a free open house for anyone interested in learning about glassmaking techniques. You’ll see craftspeople heating and shaping their pieces in front of impressed onlookers. This stop on the Unblurred Art Walk is open every first Friday, but a spring thaw means more visitors than usual.

To Market, To Market
April 7
Like a Silk Road bazaar, International Market Day is a great crossroads of wares, music and edibles every first Saturday in the Strip. The global souk takes place in the Pittsburgh Public Market, where you’ll find crafts and knickknacks from all over the world, plus many scrumptious snacks. The event is hosted by Christian Evangelistic Economic Development (CEED), and many vendors are veterans of CEED’s Skills to Wealth program, which provides immigrants and refugees with micro-loans and small business assistance.

More Maher
April 14
Tough, smart and politically charged, Bill Maher is one of the most electric comedians in history. His fans love him for his brutal honesty and razor wit. His critics despise his opinionated nature and bullying interview style. For one night only, TV’s most defiantly un-PC comic brings his unique brand of social commentary to the Cultural District. You can expect him to trash statesmen and rant unendingly about the election — but always in the self-assured (and highly funny) style that makes him famous.

Spin Me ’Round
April 21
There’s nothing like a real record store: the dusty smell, the dog-eared albums and the legit music aficionado sitting behind the register. iTunes is convenient, but there’s nothing conversational about downloading some songs. When a record-store employee dreamed up Record Store Day, he never imagined that it’d become a global phenomenon. Since 2007, the popular holiday has attracted droves of music fans to indie stores around the world. Here in Pittsburgh, you can thumb through albums in all kinds of shops — from Mind Cure, Dave’s Music Mine and Jerry’s Records to Eide’s Entertainment and the brand-new Sound Cat Records in Bloomfield.

Wookie Weekend
April 20-22
If you’ve heard the rumor that Chewbacca is coming to town — it’s true. That is, Peter Mayhew, the 7-foot actor who played Chewbacca in four Star Wars movies, will be showing up in the ‘Burgh. But for genuine fanboys, Mayhew is only the tip of the iceberg. Comicon is a three-day odyssey for all things nerd: Legions of vendors, thousands of graphic novels and innumerable collectibles await the hungry sequential-art fan. Even locals — like “The Adventures of Steel Dog” author Carol Lynn Vicini, who travels everywhere with her beloved pup — are getting in on the action. But the biggest name of all doesn’t sport tights or a mask: Stan Lee, co-creator of “Spider-Man” (among many others), will arrive in Monroeville to almost biblical fanfare. And unlike other Comicons, this annual convention will include representatives from the ToonSeum. Excelsior!

Cheers!
April 20-28
There’s a growing class of beer gurus who appreciate fine brewing the way vintners appreciate an outstanding vintage. To celebrate the “nectar of the gods,” Pittsburgh hosts its first-ever Craft Beer Week, a citywide festival of malted barley. Festivities include beer tastings and dinners with expert beer pairings — plus deals, samples and specials. Created by the Pittsburgh Craft Beer Alliance, Craft Beer Week promises to be like the Steel City Big Pour — except growler-sized.

World View
April 22-23
Picture a National Geographic photographer: She’s bold, she’s fearless, she’s jet-setting around the world — and she has two kids. In the history of moms with can-do spirit, Annie Griffiths has more tenacity than most, and she reveals her road wisdom in A Camera, Two Kids and a Camel: My Journey in Photographs, an illustrated memoir. Griffiths not only crosses deserts — but she does so as one of National Geographic’s first female staff photographers. She’s coming to Pittsburgh to talk about her life and adventures, thanks to Cohen & Grigsby’s Trust Presents Series.

Art All Night
April 28-29
Back in 1998, Art All Night sounded like a crazy idea. An overnight art festival, with no jury, curator or censorship … ? Surely there had to be a catch. And there was in a way: Artists can only submit a single work. But that piece can be whatever they like, whether it’s a sculpture, painting or photograph. As long as it can be hung or displayed on the floor, the volunteers at Art All Night are ready to show it. You could call it the mini-Burning Man of Lawrenceville, complete with craft tables, tons of beer and musicians who perform at the earliest hours. Attracting thousands of visitors every year, this one-night hootenanny is a boon to artists and culturati everywhere.

Mondo Italiano!
Sundays
Most people agree: Italian is one of the world’s most beautiful languages. There’s something about the flow of the words, the rise and fall of the tones and the insistence of the syllables that really make Italian a romantic language (aside from it being, literally, a Romantic language). For gente who have been dying to learn or practice, Italian-Espresso is an informal conversation group. But what conversazione would be complete without an enlivening cup of espresso? Hosted by Mondo Italiano, a Pittsburgh-based tutoring service, the weekly sessions are held in independent cafés throughout the city. Seeking more thorough instruction? Mondo Italiano holds regular classes and seminars on Italian culture.